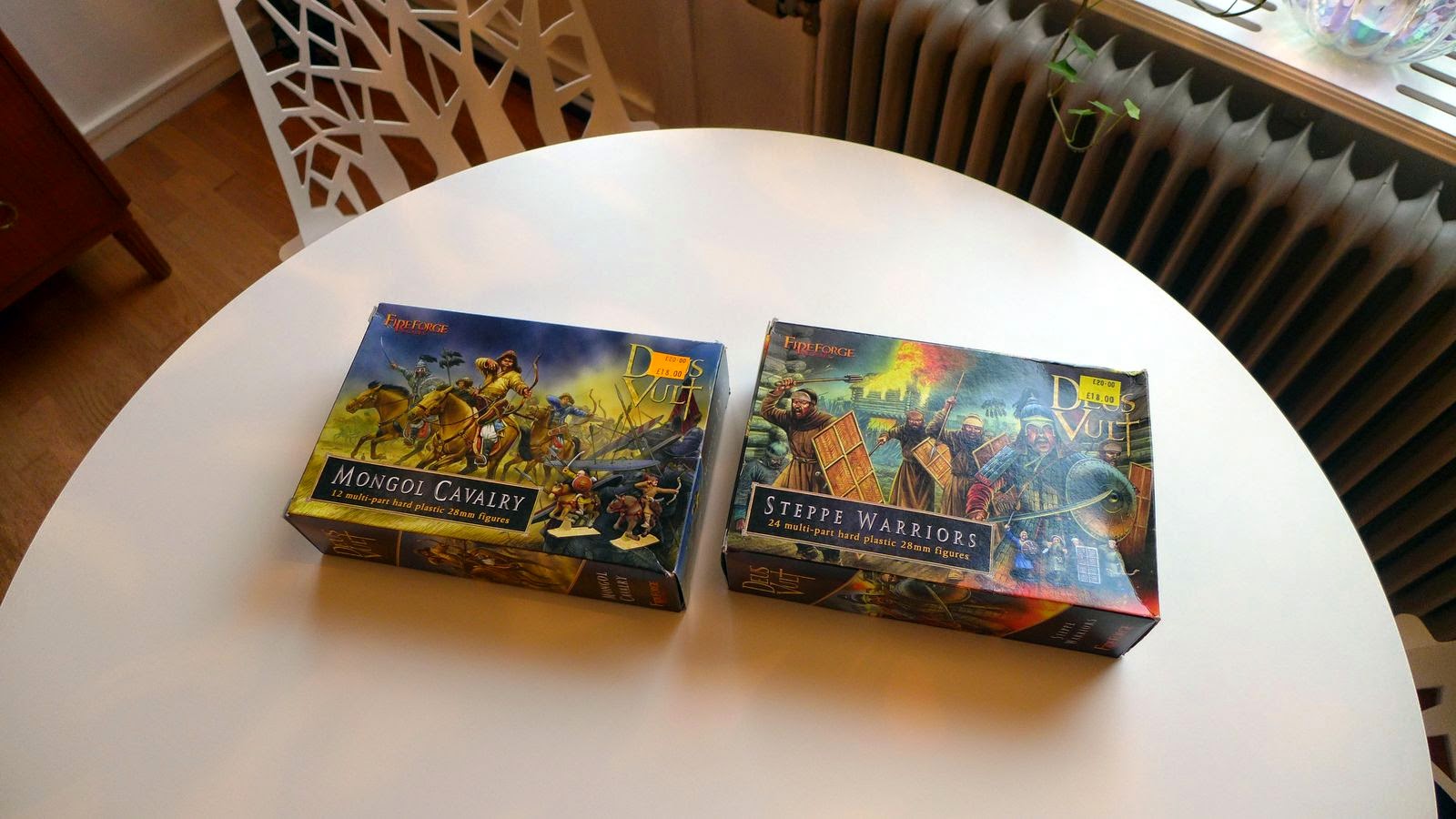 And no, I dont plan to start a Mongol army but rather use bits from here and try to create some Turcomans as mercenaries to my Ayyubid army, but more on that later. What Im here to post now is what's inside the boxes.

The contents of the sprues are rather similar as you can see here. The infantry box got more shields then the cavalry one, but one of the infantry sprues had the same middle section as the cavalry to act as a sort of command. 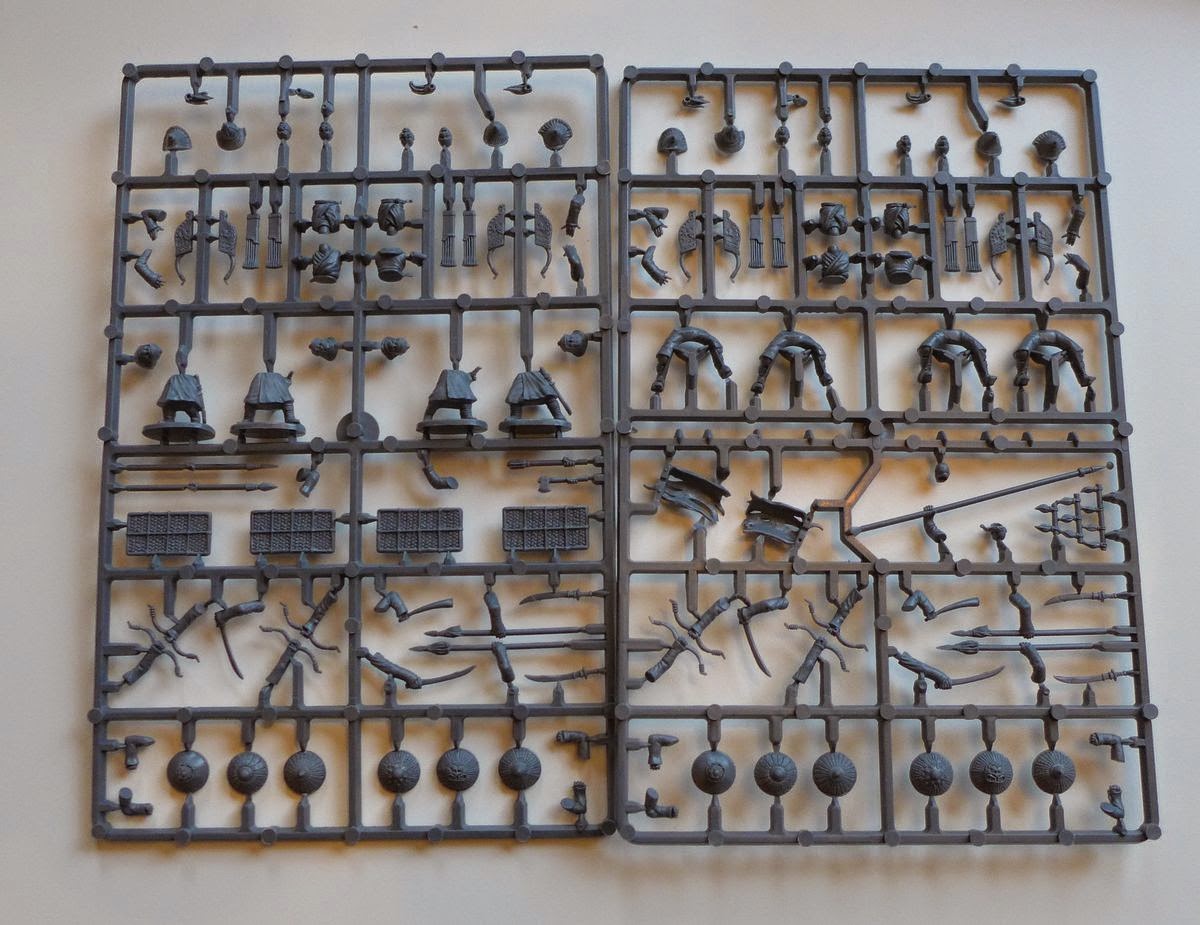 Im really fine with this and think its a smart move to produce more plastic kits in a simple way but I think it should be known to you.

In the cavalry box you also get 12 horses, one to each rider.
The horses faces looks a little strange to my eyes but its still ok.

So there you go, a small box opening on Fireforge Mongol/ Steppe tribe boxes.
I liked the boxes but think they could have had more variations on the parts. For example all the arrow quivers are identical with the same detail with the deer motif on all of them. The arrows in the quivers looks a little to computer rended with their perfectly same length and straitness.
I have started to glue some of the miniatures together now and will be kitbashing these to get a better Turcoman feeling to them but I think these will be a nice base for convertions.


Edit:
Here you can see the converted and paited results.