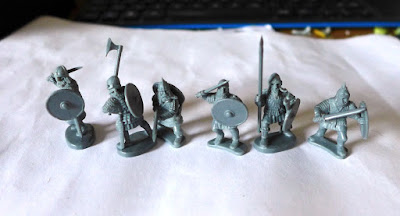 I bought the Rus infantry from Fireforge games knowing I would use them... http://www.fireforge-games.com/webstore/medieval-russian/russians-infantry-details

Seeing the latest trailer for the coming Russian movie Viking made me kitbash some of the Fireforge Russians with Gripping Beast Hirdmen. Enought to make a small unit in Lion/Dragon Rampant.

That combined with the whole eastern Norsemen, and their lack of attention in this more English orientation miniatures gaming world.
This is a whole new world to explore, sailing the rivers of Volga, crossing the Caspian sea and dragging the boats all the way to Byzantium, Persia and trading steel for those Ulfberht swords…

For those who have missed it:


Granted the movie will probobly not be as good as I want it to be but still... Rus Vikings...


For those interersted in the plastic Rus box from Fireforge Games, here are some reviews:

Here we have some small scatter terrain to add some details and make the gaming board more interesting in Dropzone Commander. Just a quick build and paintjob but it will do.

I bought some vehicles in a sorry state second hand from a friend that had bought them second hand himself and I converted two Leman Russes to Thunderers. A lot of work have been put into these to make them look as I wanted them to.

I used the dust filters that Forge world sell originally to the super heavies but one pack of these is enough to two regular vehicles with some converting.

One of the Thunders were given a Tyranid scull as trophy but I only painted it rather generic as I have heard that a friend of mine is about to change his Tyranid colour patterns so I will wait until I have seen his final colours before it will be completed. 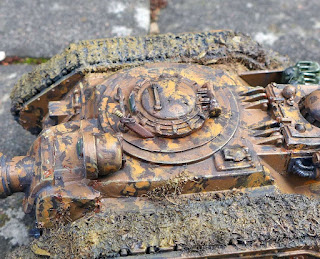 A easily accessible combat knifes for those "drive me closer" movement....

Combined with my previous Thunderer I now got three for a complete battery. They are numbered 331, 332 and 333. 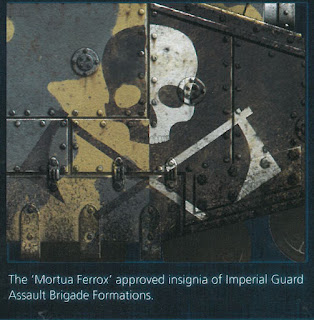 They all have the "Mortua Ferrox" symbol on them somewhere.


Here are some Work In Progress giving some hint of the sorry state they were in when I got them. 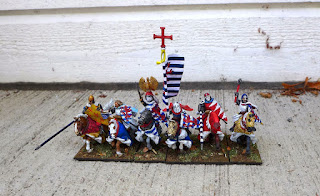 At last I got these French crusader knights ready for gaming.

I wanted the most part of them atleast, to belong to the house of Lusignan so I could use them as French knights, but also as knights of the Kingdom of Jerusalem. But I wanted some more variation of colours in the unit so not all of them beloung to the House of Lusignan 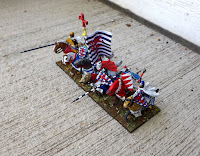 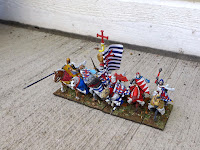 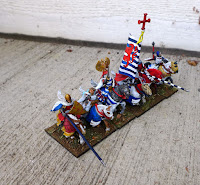 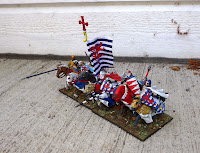 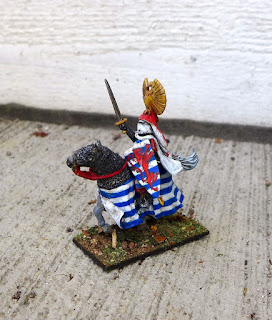 The commander of the unit. I just had to give him and old Bretonnia helmet to pay homage to those old knights. 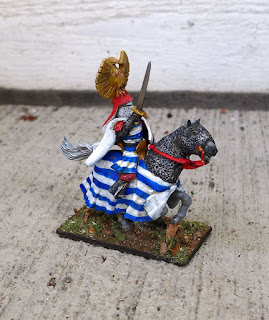 And all together with my previusly painted French knights I can now muster this unit... 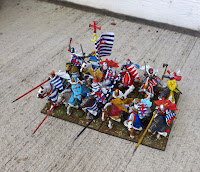 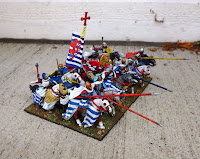 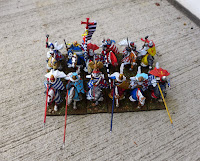 The Banner is from Michas excellent blog. Do visit him, he is a great guy with lots of nice stuff. Highly recommended. http://michasfiguren.blogspot.com/ 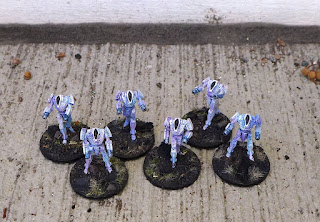 Here we have my new Ronins.
A quick photoshoot that resulted in the far from perfect picture but you get the point, they are cool looking and follow my previous paint scheme. Just in time for my latest order arriving with the Phase 2 book and some new miniatures...


Ronin are the frontline assault troops of the Shaltari. Their primary role is to strike first and from unexpected places. Every one of these individuals lives for nothing but war, an obsession that is all-consuming and unyielding. In battle they favour heavy warsuits – towering constructs that emulate the joys of physical combat but on a much larger scale. Though far too large to enter buildings, these suits are nonetheless surprisingly agile for their size. Armed with a pair of Gauss Carbines, they dart and weave across the open battlefield, delighting in the destruction they bring to bear on the foe. 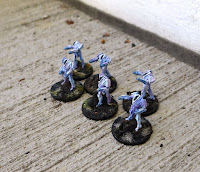 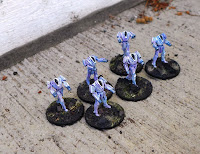 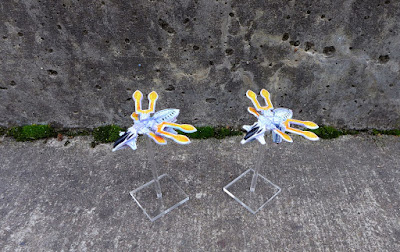 I just finished two Thunderbird gunships to my Shaltari from the world of Dropzone Commander. Packing a shorter variant of the Gauss Cannon which is the armament of the Tomahawk gravtank I hope these can take out an enemy or two. But they are very frail and cant take a beating, so it all comes down to shooting the enemy first and hope that I dont miss the shot.


The Thunderbird is a lethal gunship, dedicated to the ground attack role. Its highly distinctive silhouette is reminiscent of stinging insects, an eminently suitable comparison. The Tunderbird features a deadly sting in the form of a short barrel Gauss Cannon, mounted beneath its abdomen. This weapon does not quite match the range of the standard version, but features the same excellent killing power.
The Thunderbird can loiter for extended periods over the combat zone, providing excellent close air support. Although it is thoroughly outclassed by fighters in terms of speed, this ability makes it more useful for protracted engagements. It is also more flexible in the confines of the urban jungle, where fighters have insufficient room to manoeuvre.

Since Gates are entirely unarmed, these talents are highly prized by Shaltari Warchiefs. Thunderbirds are routinely employed as escorts for Gates, clearing dropzones ahead of troop insertion. However, its light armour and low speed fight envelope makes it highly vulnerable to AA fire, and as such it is best deployed where the enemy has poor air defence. 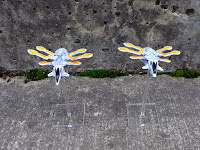 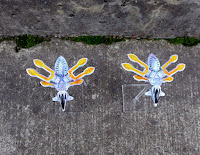 You can always ad more details and another layer of shading or highlight but you have to draw the line somewhere. Im happy how they turnet out but I notice places that could had used another highlight when I look at the pictures here. Oh well, there are lots of other miniatures that also need paint so they will stay as they are.
One of the birds had a slightly miscast nose but I think I have repaired it up good enough, its nothing you will notice if you dont look especially for it later on the gaming-table. 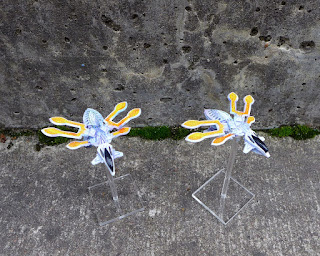