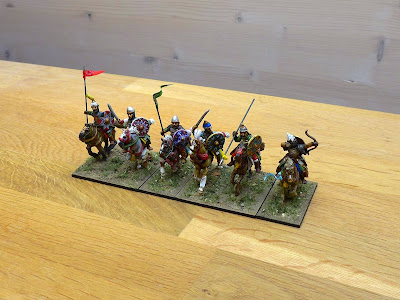 And here we got a small unit of Turkish Ghulams. They are meant to be combined with another small unit of Ghulams that I have painted previously to make up a standard sizes unit in Hail Caesar. They can be used on their own as a unit in Lions Rampant.

The miniatures are Old Glory all but one that is a Perry miniature. The Perry one swapped horse with an Old Glory one to make him better fit in with the unit.

As with the previously painted other half of the unit I tried to incorporate loots of greens but I think I did a better job on that on the other half. Green being the country colour of the Turks in Medieval Total war II, a game I played a lot... I think it would be fun to try to capture that a little. 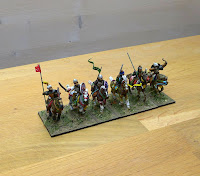 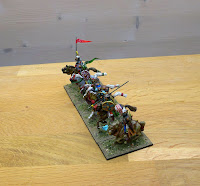 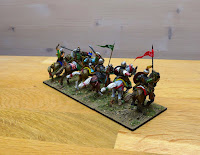 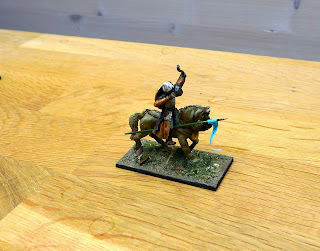 In one book I found the reference of how you should hold your spear/ lance under your leg as you shoot from your horse so I think this is only proper to simulate on your miniatures. 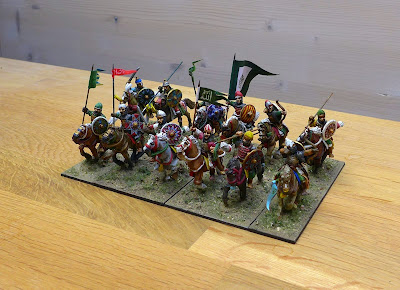 And combining these with the previously painted other half you get this full unit of Turkish Ghulams. 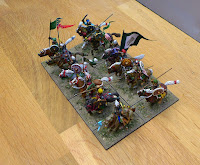 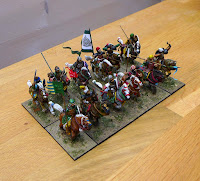 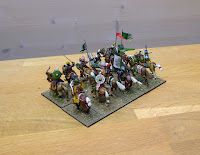 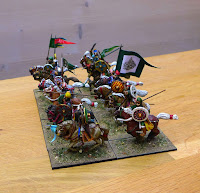 More picture of the previous half of that unit can be found at: http://kampgruppe-engel.blogspot.se/2015/02/turcic-ghulams.html