One of my current projects is building an Medieval Scandinavian army and I felt that I needed a way of restricting or guide me into what units I should get for this project. As Hail Caesar is my game of choice when it comes to historical games because of its simplicity to adapt it to all kinds of armies, eras and games, I have made an army list meant to represent an Medieval Scandinavian army.
So there you got the background, I've made this army list to help me choose what units I needed to start collect and paint. 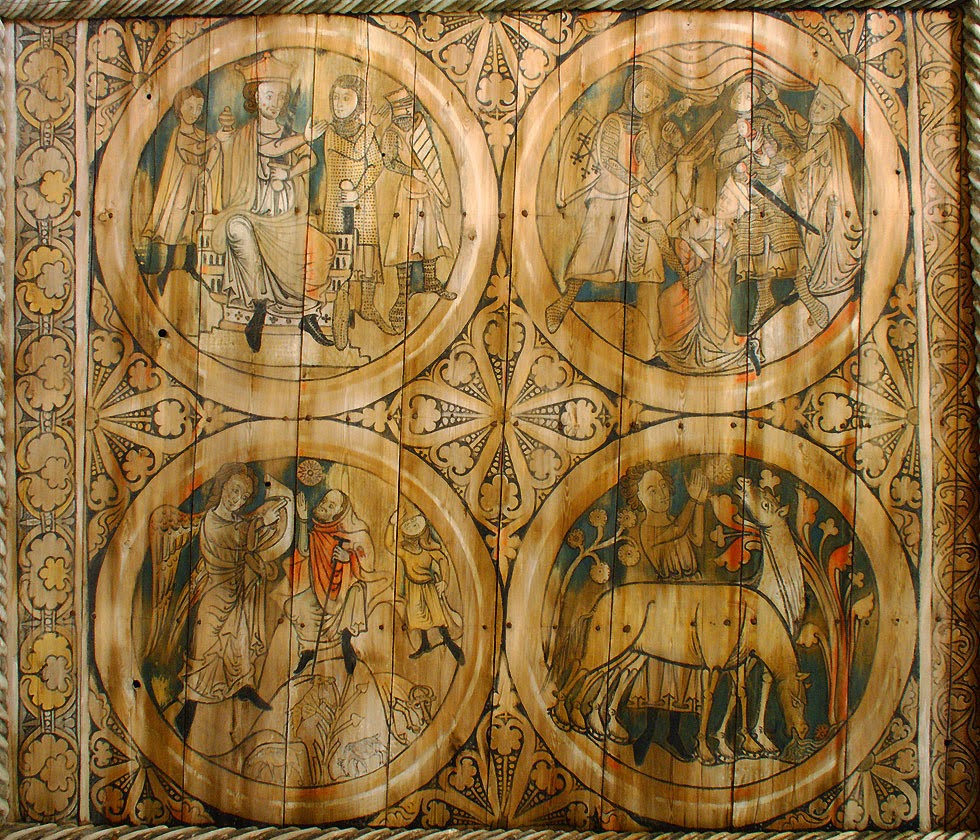 The armylist is inspired from the army list found in "Hail Caesar Army lists II - Late antiquity to early medieval" from Warlord Games that I highly recommend.
I tried to use the same tone of words and unit compositions found there but giving it its own twist or flavour. I have looked mainly at the Feudal Scots, Early Russian and the Feudal German list for inspirations as I find these the most logical to start from. Im no expert in this subject and I am more then welcome ideas on how to adopt or change the list. See this list more as a starting list more then a finished product, a work in progress.
Hopefully I haven't made the list too good or too bad but in balance with the other lists.

This list are mainly meant to represent Denmark, Sweden and Norway. I know the army compositions of these varied but also over time and I tried to have options incorporated in the list to alter these as you see fitting for a certain battle or year.
The term Knight in this list is meant to represent nobles actually knighted and men not knighted but thought in same manners, this is for simplicity.
The term  Mercenary could represent the numerous German troops that thought in Scandinavia from time to time or troops recruited locally or from neighbouring Scandinavian countries.

Army compositions:
Knights, up to 50%. This includes mounted or dismounted Knights and Leidang units with Knights fighting in front rank.
Infantry 50%+. At least half of the units in the army must be infantry other then skirmishers
Leidang, 50%+ of infantry. At least half of the infantry must be Leidang medium infantry.
Divisions 4+ units. Divisions must contain at least 4 units, and must be led by a commander.


Commanders: One commander must be provided per division. All commanders including the general have leadership 8 and is free.

Special rule: Shieldwall - The unit may close rank as a heavy infantry unit.


Bröte- A field defence often erected to block roads and enemy movements in the heavy wooded terrain of Scandinavia. Perfect roadblock and then to spring ambushes from the sides of enemy columns.
The exact rules for this I havn´t decided yet, I looked at the wagon laagers on page 39 of the "Hail Caesar Army lists II - Late antiquity to early medieval" but Im afraid this will be too good in combination with heavy or medium infantry units. But maybe just count units behind a Bröte as in cover giving it +1in moral save and hindering cavalry from attacking.

I have thought about including some more kind of light infantry units to easy up on movements in forest terrain in the future.


Please add you opinion or thoughts about the list. Even if you dont know the HC rules or the specific time or place. Maybe you have an opinion about the army composition, thought or worries about balance or something else. Maybe the spelling or names on the units, whatever it is. It would help me to expand and further develop this army list.
As I said earlier, Im no expert but this is my impressions on the subject according to my sources or past knowledge