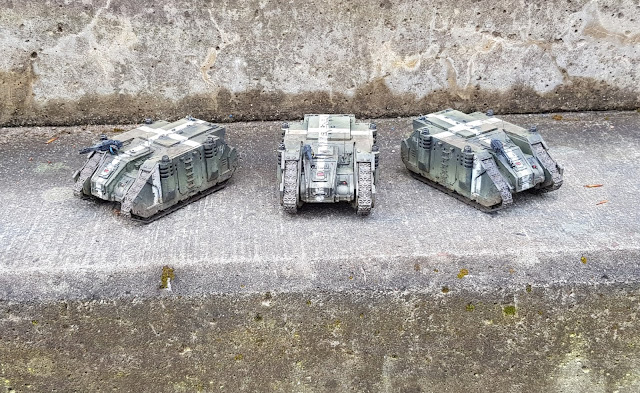 I have converted three `Count as Aurox´s. I used some 2hand Rhinos I had laying around and merged the basic hull with a instantmould  50/50 greenstuff/milliput pressmould. After some additonal tinkering I think I have managed to come up with a rather nice merge. They are far from perfect but its been a fun convertion project.

I originally had the idea of using chimera chassis as the base but the Rhino fitted the pressmounded front from an actual Aurox much better so it was what I ended up with.

These will make a fine reinforcement to my Solar Auxilia. 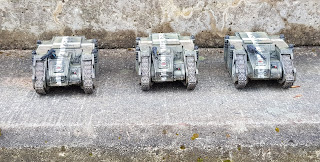 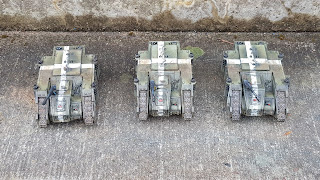 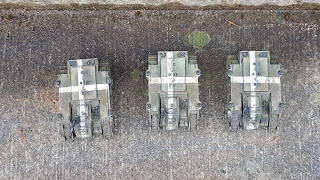 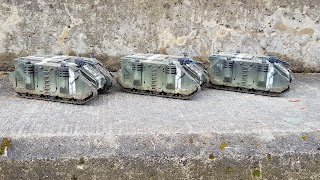 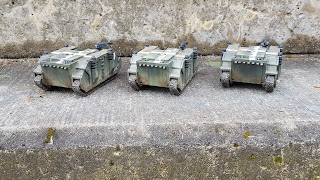 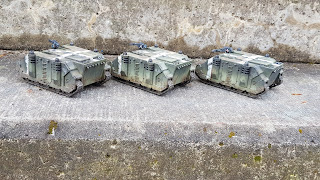 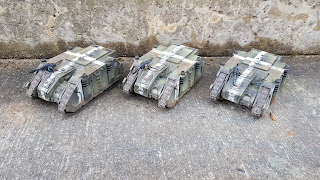 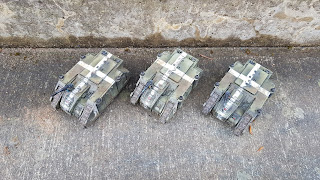 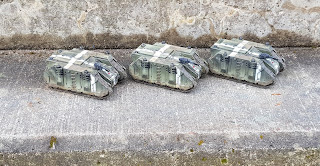 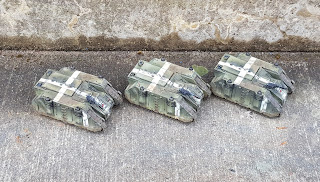 And for anyone wondering about the sizes compare to a real Aurox, here you go. I would say the Aurox and the Rhino hulls are almost the same. 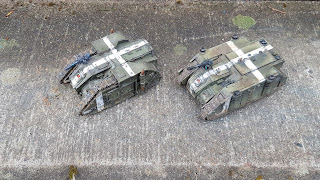 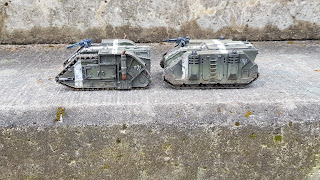 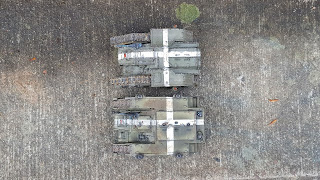