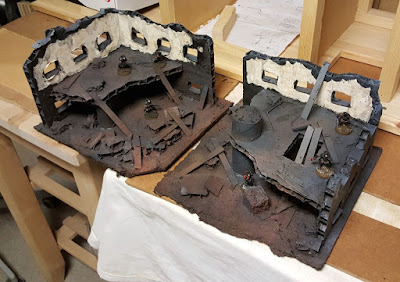 It was time to clean out some of my space in the basement but I just had to build something with some of the material that I had saved. It would be less stuff to toss away if I had used up some of it before...

I think that our club is lacking in nice 28mm scale buildings so this is a first little step to remedy this.

Truth be told is that they are actually not ready but they are good enough for tabletopp standard so it will do.
The plan was to add maybe a poster, flocking material or something to add some colours. But that can be added later. I needed to get rid of it in my basement cleaning.

A rather quick build with a nice result. 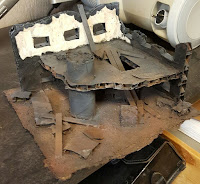 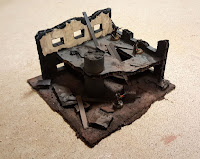 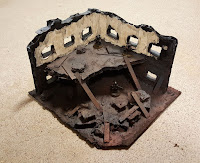 Here is some work in progress pictures of it.

Here is how they looked before sand and priming. 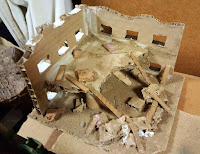 I glued on some sand. 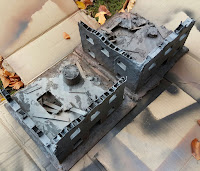 And primed it with different cans to give it a nice tone. A quick and easy way of giving it an interesting colour.

I added actuall wallpaper to the interior of the second flor that I then blackened the edges to make it better fitt in. I wanted something that broke the dark effect of the ruin visially.
at 11/05/2015 11:08:00 am