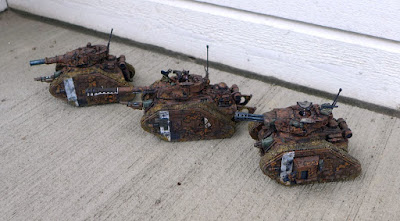 Finally.. My squadron of Leman Russes for my Death Korps of Krieg is complete.
Well, good enough at least... I could always had added more details and thought about motifs and maybe some text and so on, on the side armour but this will more then do for the table top.
I could always add more details later on.

The miniatures all have different backgrounds, some are second hand tanks that was in a really bad shape when I got them. I have started to like to fix old battered tank miniatures, add bits and greenstuff and finish it of with painting like my Thundered Siege tanks posted earlier. (http://kampgruppe-engel.blogspot.se/2016/09/thunderer-siege-tanks-death-korps.html) 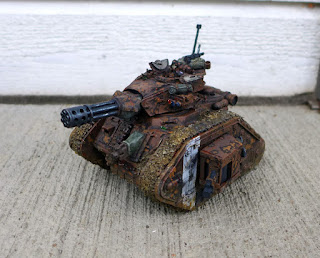 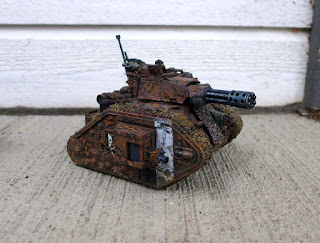 Vanquisher, anti tank variant. Here with an tank commander with an binocular. He could be used squadron commander or as the artillery spotter option.
The Vanquisher barrel is masked in the same way as an WW2 British Sherman Firefly tank to make it blend in with an regular Leman Russ with Battle Cannon. 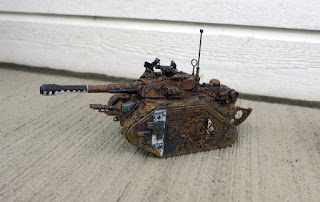 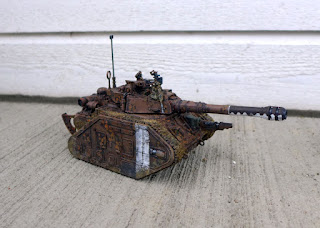 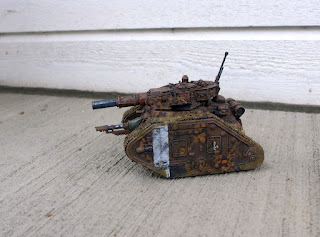 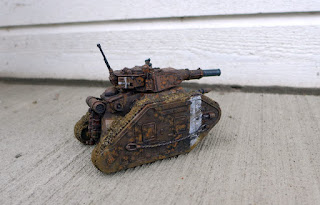 All of the vehicles are magnetised and I got lots of different options, all vehicle can be equipped magnetised side sponsons If I so chooses. In future I can always ad more magnetised weapon options. The tank crews are loose so I can change or skip them from the tanks. 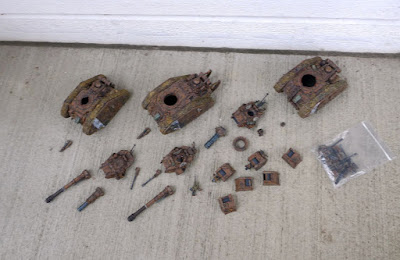 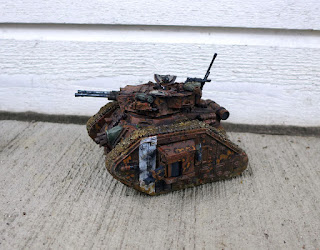 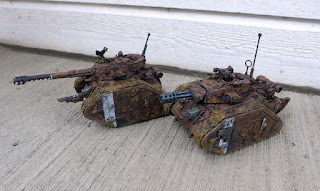 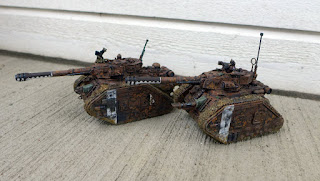 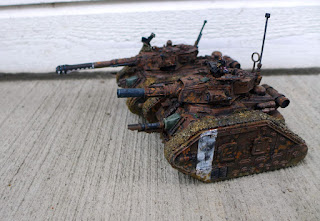