This is a unit I thought was a must to get, for my crusader project. 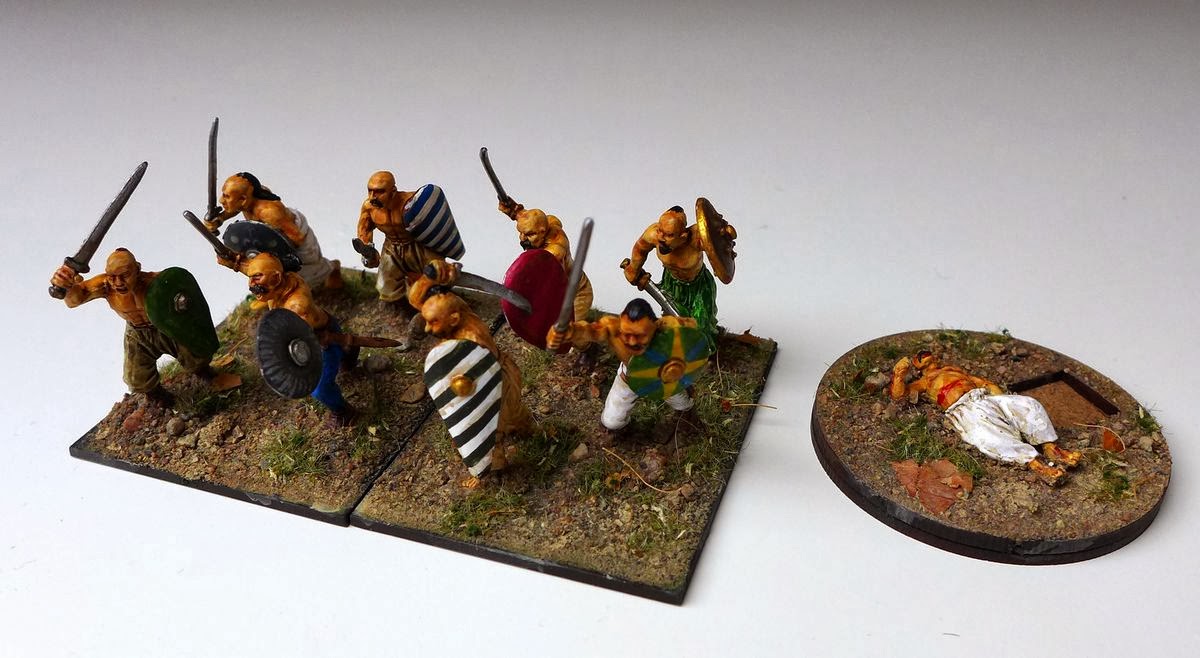 The Azerbaijani Swordsmen from Perry Minatures http://www.perry-miniatures.com/product_info.php?cPath=23_33_53&products_id=2122&osCsid=9bqvpqg6v7p3mf08cst09o8tk3
was a base for the unit but I have included some Warlord Games plastic Celts with new shields and some greenstuff mustashios and such as well as one Mahadist uprising plastic miniature from Perry. These were mostly for fun, I wanted to try out how well they would intermix.

I know nearly nothing about the Azerbaijani Swordsmen but with those nice Turkic mustashios and bare torsos I will use them in my Ayyabid Egyptian army in Hail Caesar as a sort of  Turkic mercenary unit with the Ghazi fanatic stats (religious fanatics) as I think that will be the most fitting.

I have also included a casualty marker, also from Perry M.