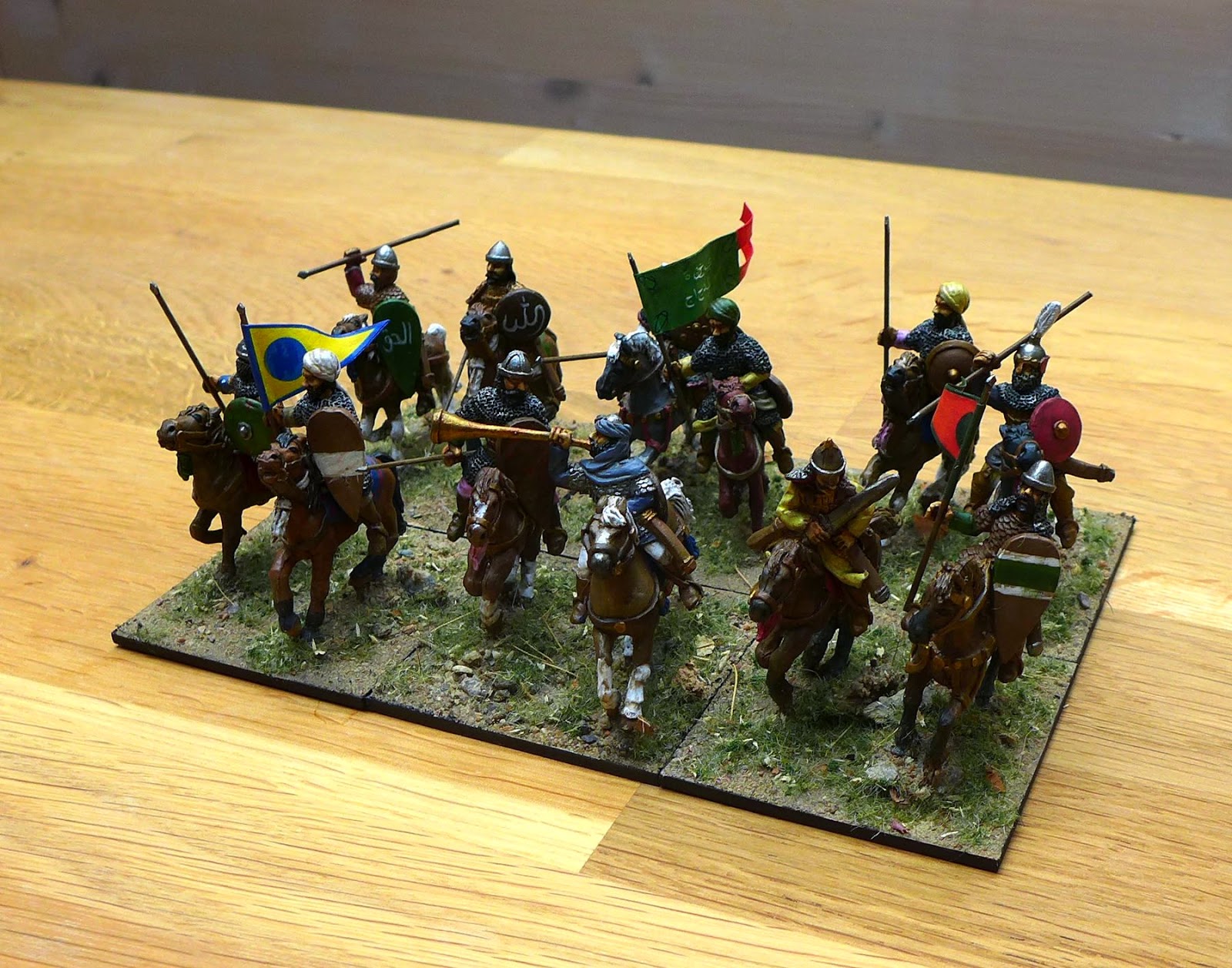 I tested to batch paint a whole unit in one go.

It saved up on time and I managed to paint a whole unit in less time then it would take to paint them i lesser parts. The idea with batch painting is to use one colour on all models before switching to a new colour and work that one over all. I used a brown primer as a start on these as I wanted to have lots of brown horses and leather on the riders, all meant to speed up the painting.

The miniatures are a mixture of Magister Militums historical Saracens and some of their fantasy miniatures mixed in, and the Hornblower was given a steed from Gripping Beast.
I like the riders and they got a nice mixture of equipment and looks good. The horses on the other hand.. some of them is far to small. 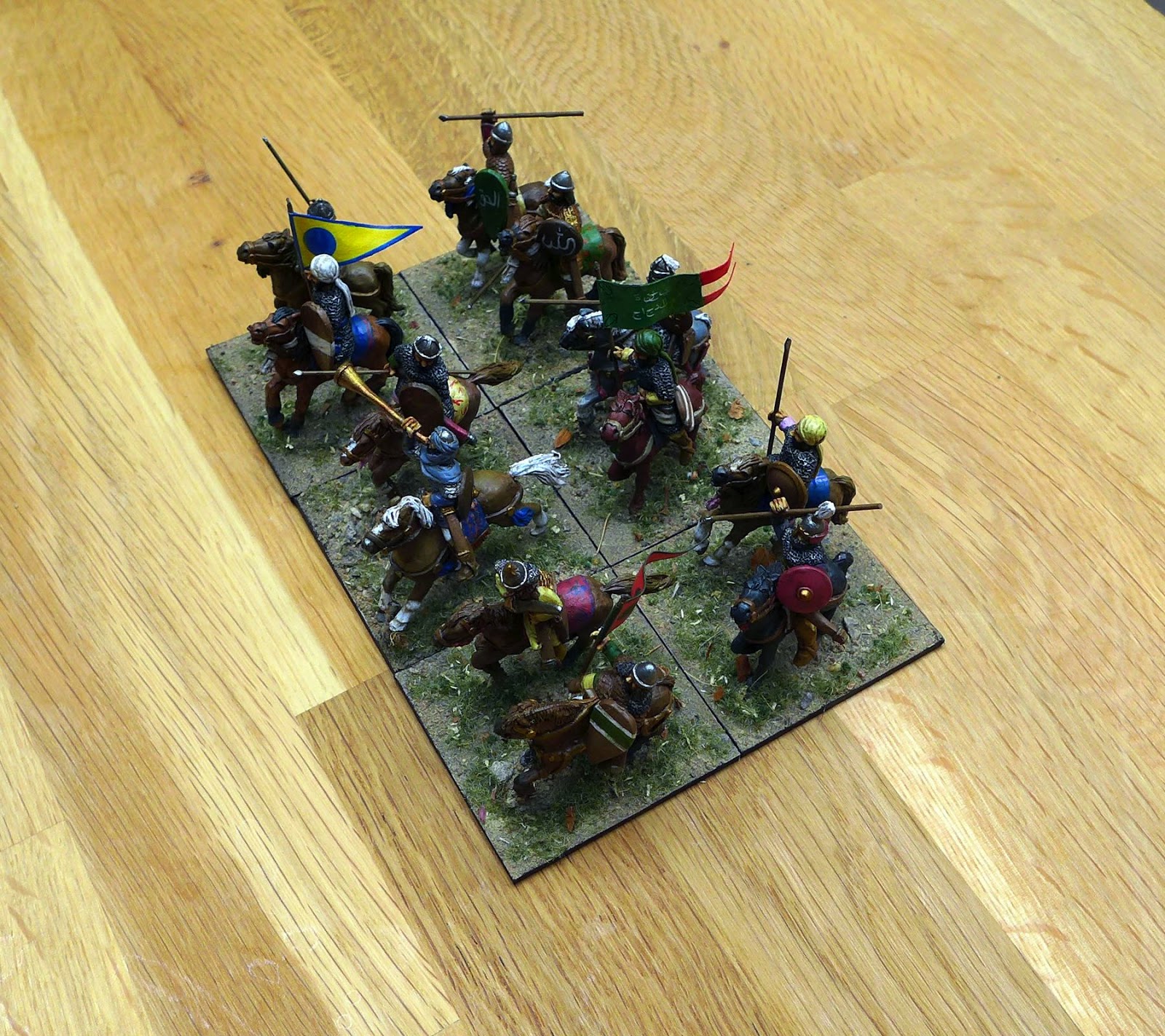 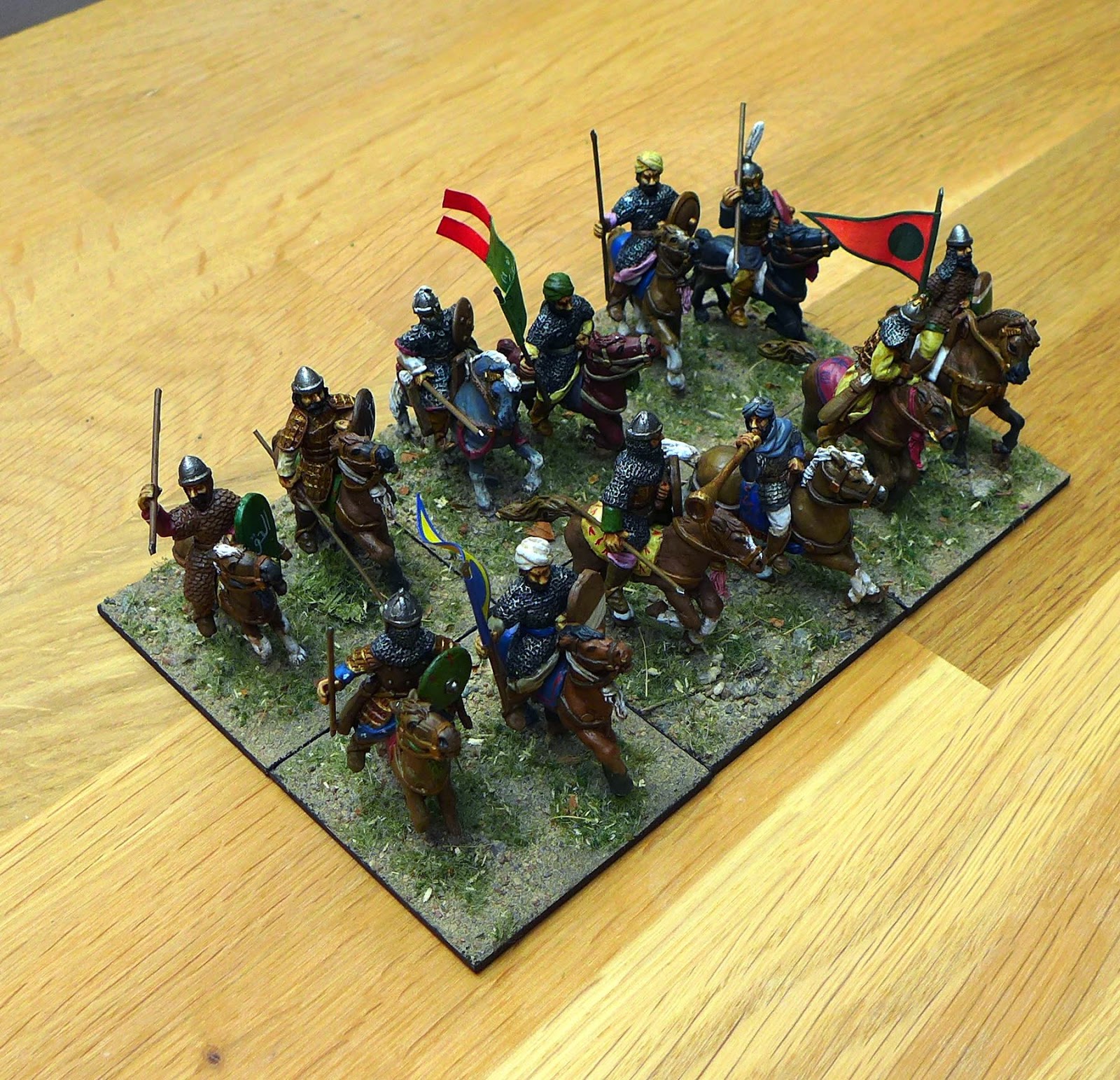 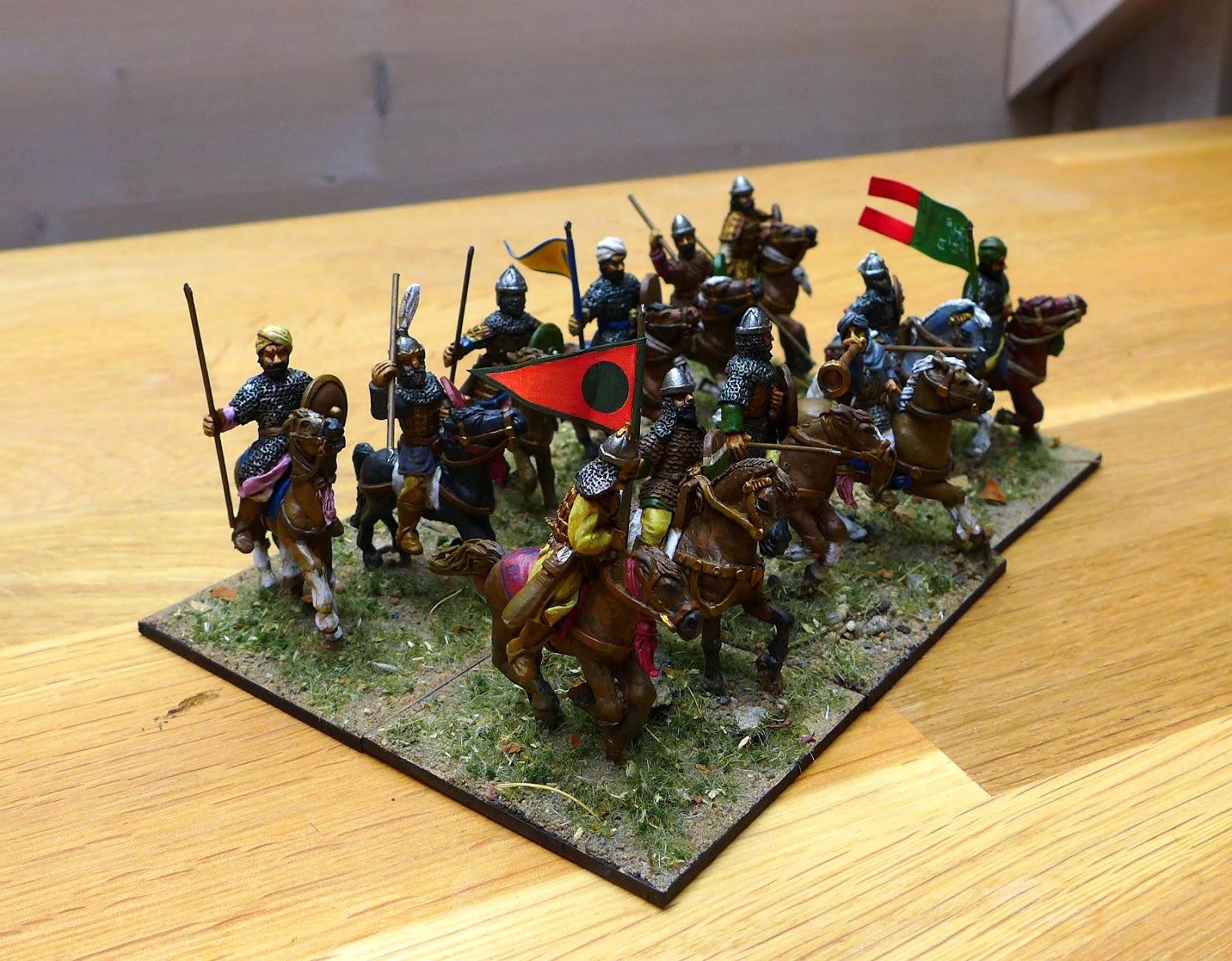 With that in mind I opted for a more brown colour palette then some of my previously Saracen cavalry units but still with some details and colour. And I skipped on some of the fabric details and so on.


I plan to take some miniature comparison pictures later so you can see the difference in sizes on the horses as I think that on their own they actually look pretty descent.