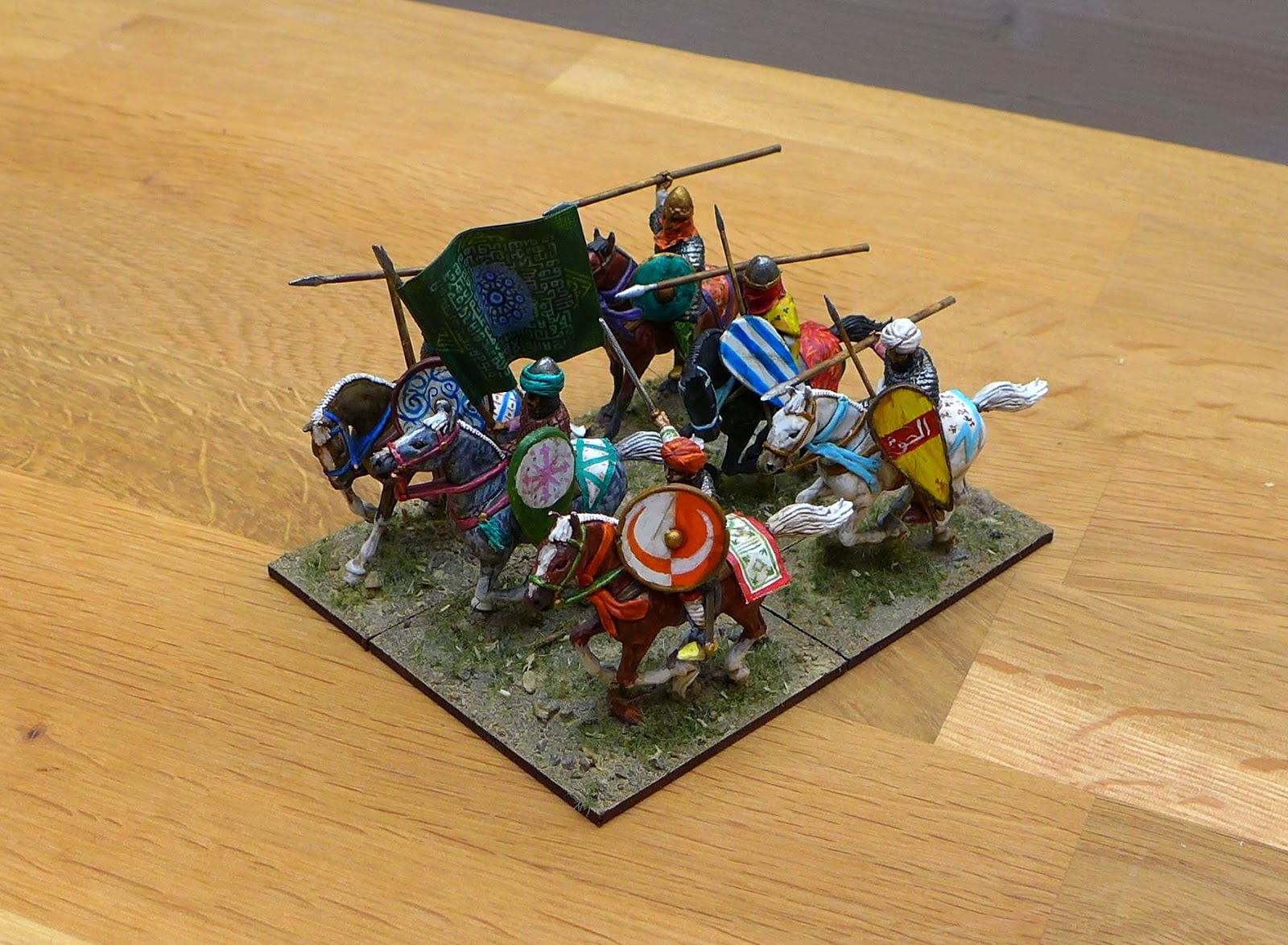 Here I got a unit of heavy Arab Cavalry.

The miniatures are originally from Conquest Games plastic Normans but Ive tried to "arabianised" them.
What I have done is adding horseblankets on the horses, these are pieces of paper that I glued on using wood glue. Ive added some extra greenstuff on some of their necks to represent extra fabrics or decorations.

The riders them self have been given a mixture of shields, some originals but some where given metal shields from the Arab bit box. Two ww2 Sikh heads from Warlord Games where added and I tried to add some extra cloth on the rest.
I really love the Sikh heads on these, they adds lots of extra character to a rather lifeless plastic miniature. 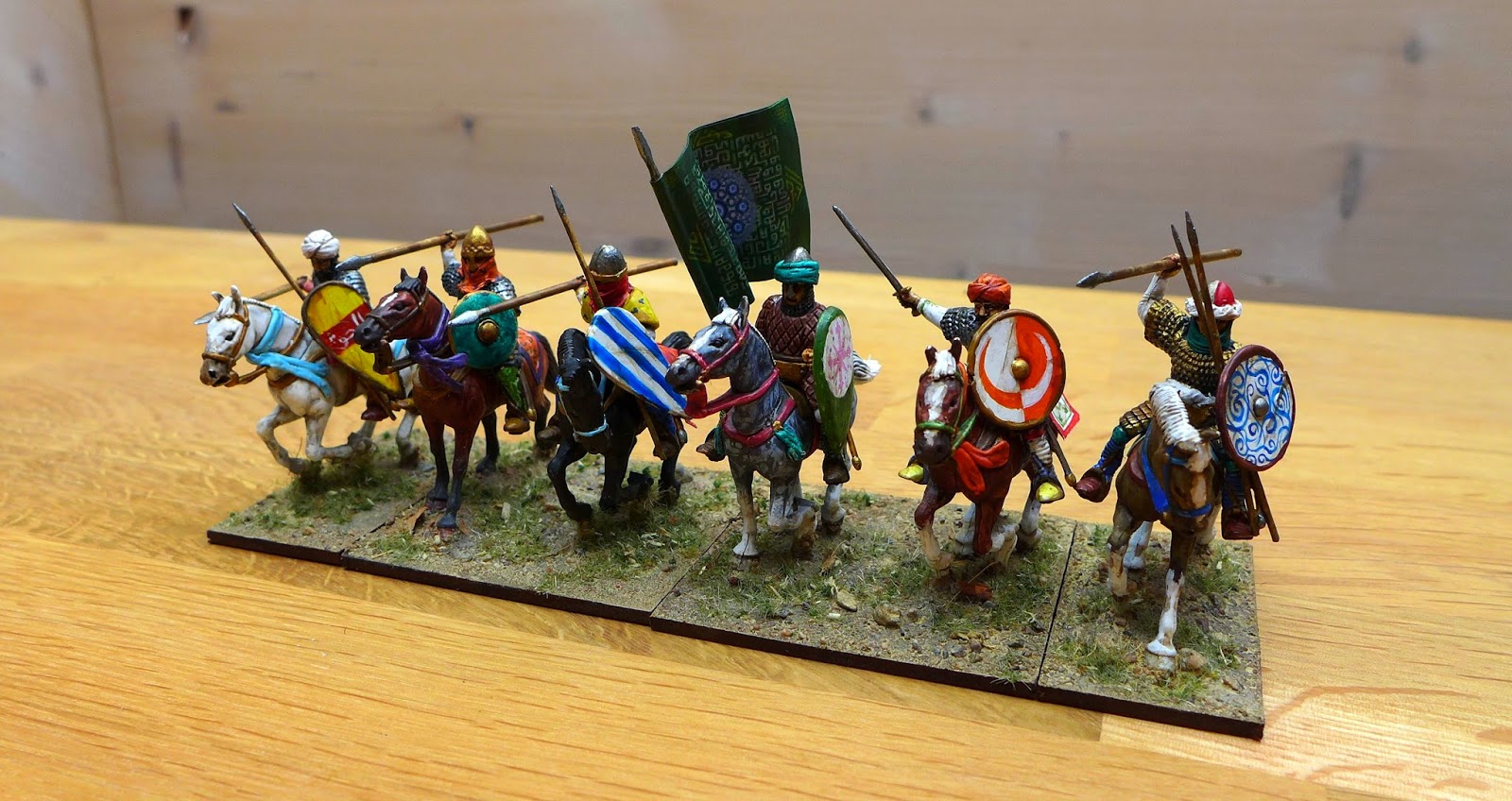 I've used some whirespears to add some extra throwing weaponry.

All in all it was a bit of a test run but I think it worked good enough. They are far from perfect for a historical perspective but as I said, good enough.

I started the conversions off these before Gripping Beast had released their plastic arab infantry box and I now look forward to combine these two kits to get even better miniatures.

The green banner is from Grimsby wargames society but they seems to have taken it down now.
http://grimsbywargamessociety.webs.com/ 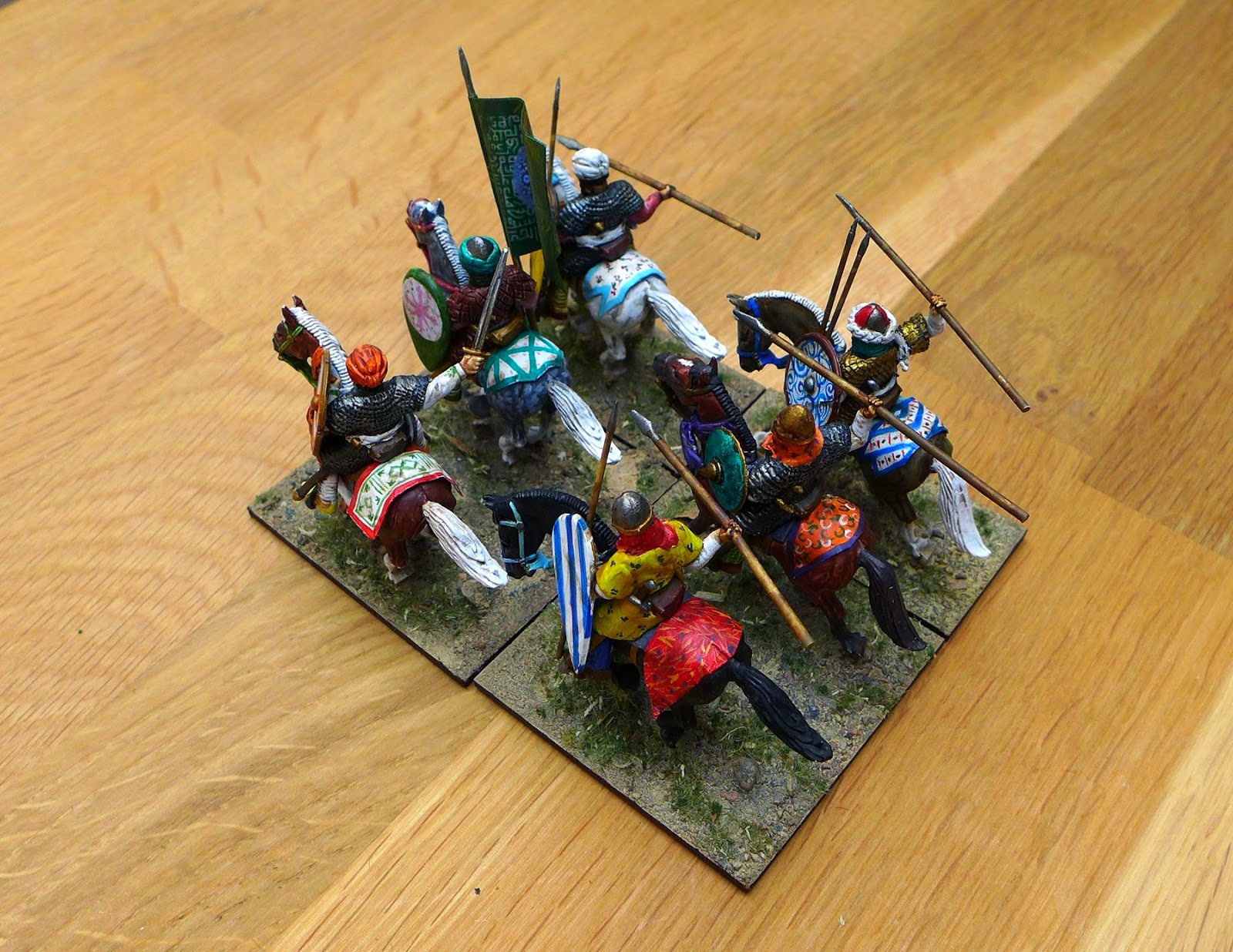 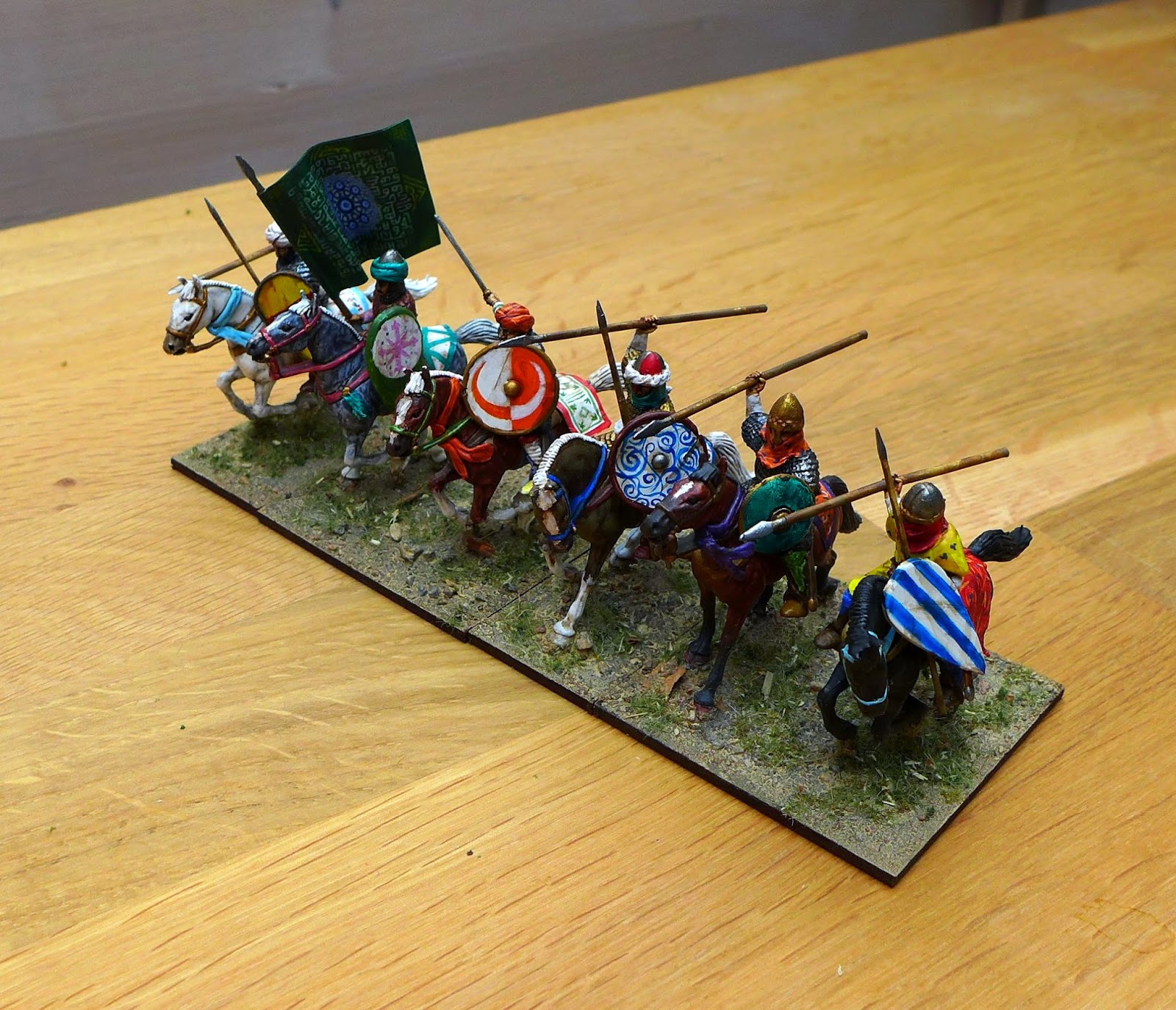 And  combining these with some Heavy Arab Cavalry from Musketeer Miniatures that I have painted previously I am able to field this unit. 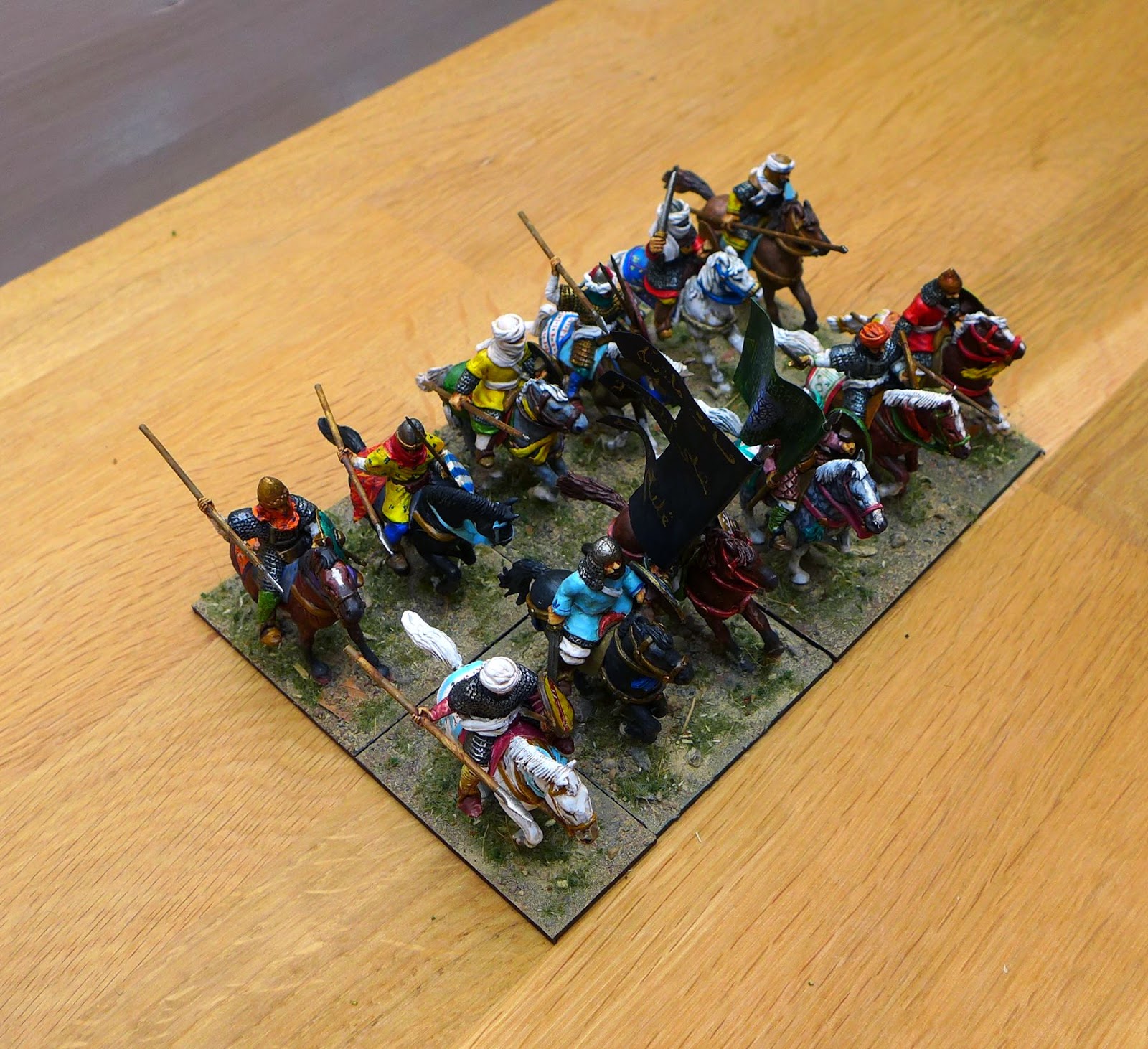 And while I had the camera and the miniatures before me I took the opportunity to get some better pictures off my latest commander seen in the last post. 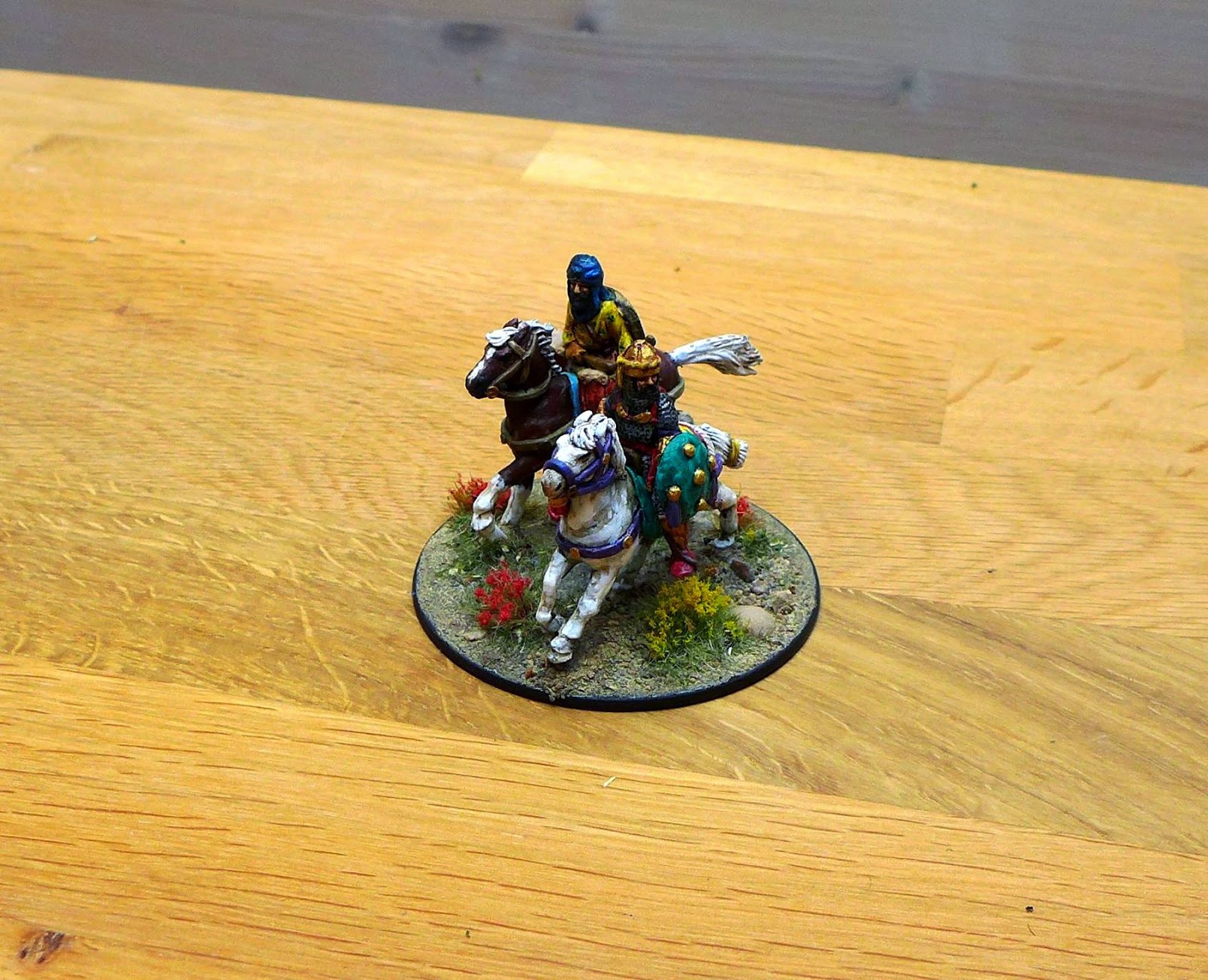 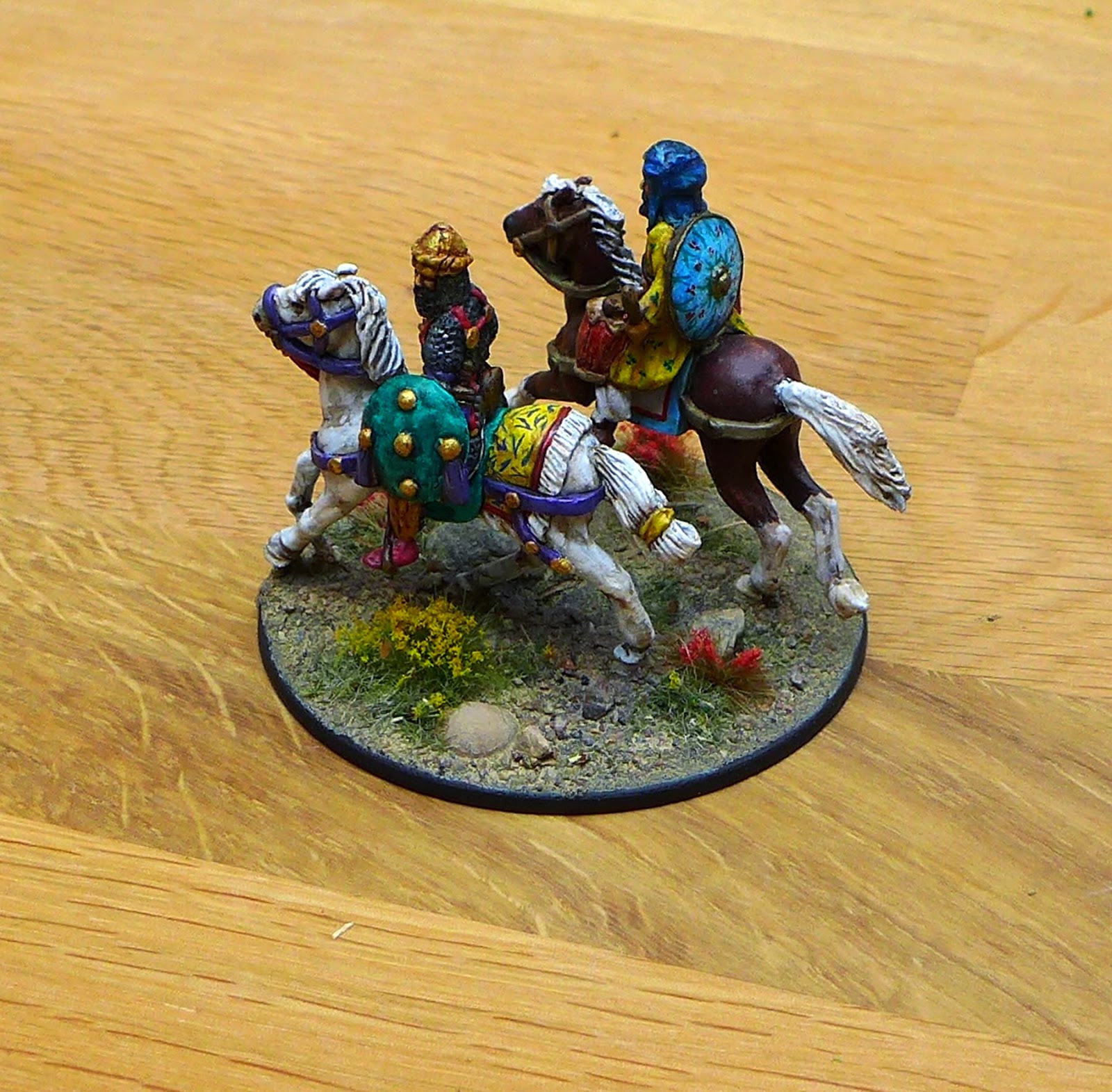 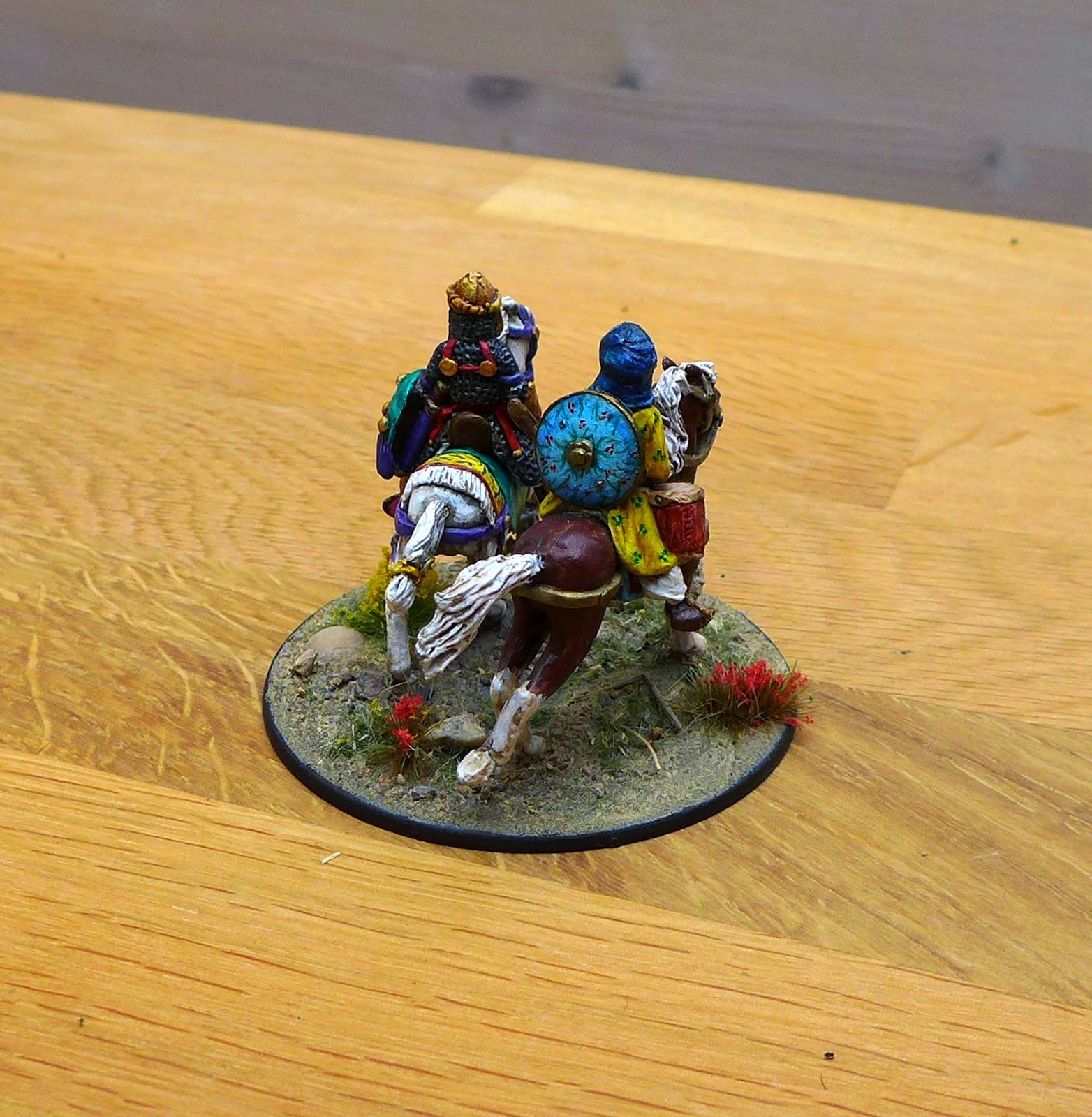 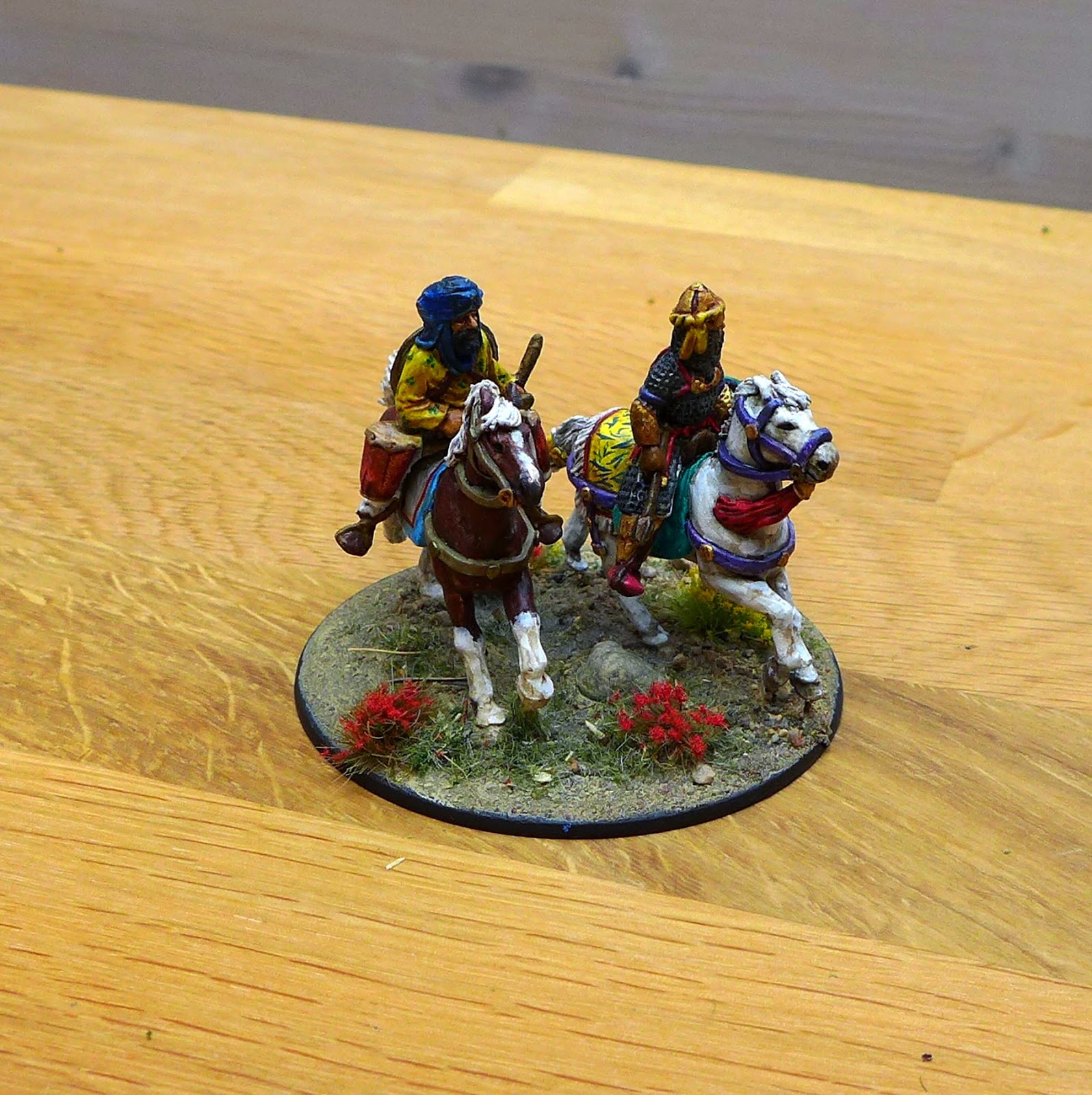