Here are the pictures from game two we had. With slighly less trolls (and players this time) and with a litle more gnomes. The table was rearanged a litle just for fun to.

Two of the trolls was to try to attack the village from behind and one from the front. 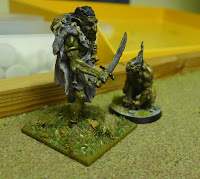 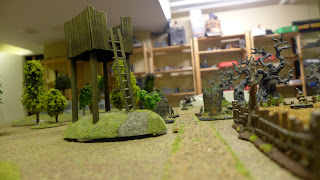 The shetroll can be seen at the end of the road. Closing in on some ill prepared gnomes. 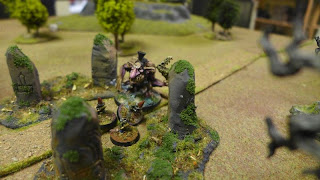 Gnome sentries tries to stop the trolls before she can enter the village. 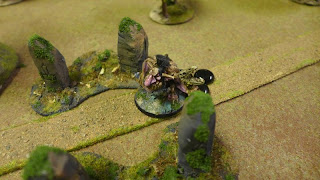 There was no survivors. 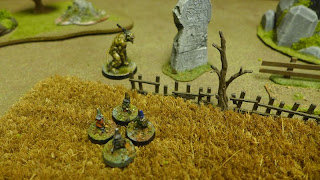 The gnomes working the fields are quick to mobilize. 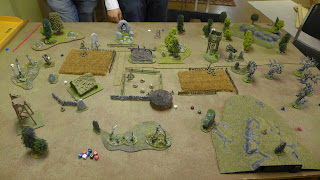 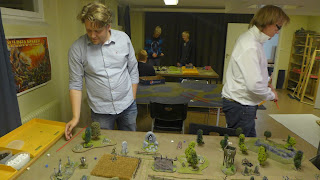 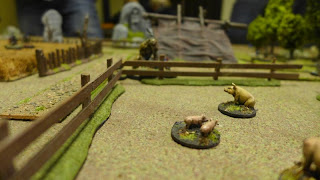 Running past all the gnomes this troll had his sight set on the pork. 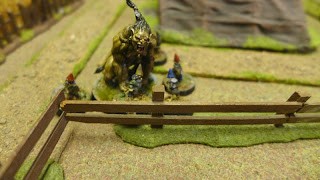 Gnomes try to stop the troll. 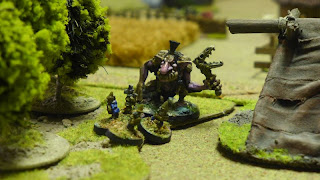 A blunder result made the troll run straight into a small unit of gnomes hiding in the forest, instead of running to the pigs as the intension was. 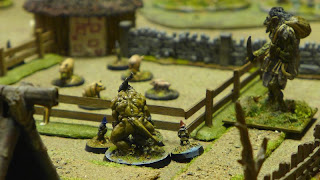 Little Joms didn´t even reach to the knees of the big troll about to climb over the fence. What would he do, what could he do barely a feat tall against a Bergatroll. 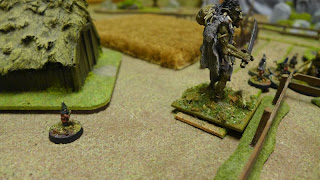 Meenwile the farmers gathered in the fields cought up with the first troll and manages to scare it away. 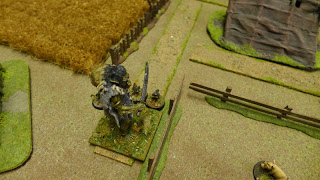 They then attack the big troll. 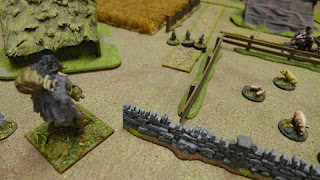 Winning yet another combat, pushing him away to. 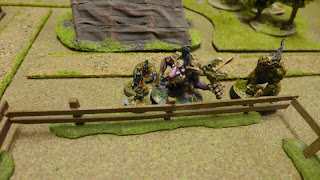 Having pushed away two of the trolls they then turn their attension on the old rivertroll. 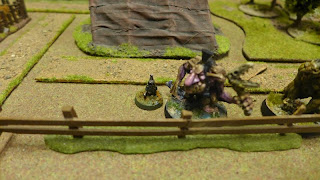 She was not so easely scared and their numbers starts to dwindle. Leaving just one tomte left before also he got beaten up. 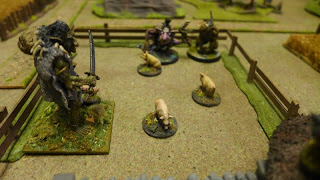 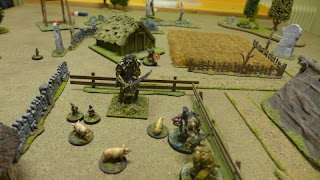 Last picture, game over.
Two of the gnomes that been hiding in the pigsty emerges to combat the trolls. Poor little Joms has seen all the carnage and is slowly backing away but he haven’t fled the field.

After the game we talked about if the gnomes could wake up the humans sleeping in their houses, how they could do it and how thought a newly woken Norsemen would be.