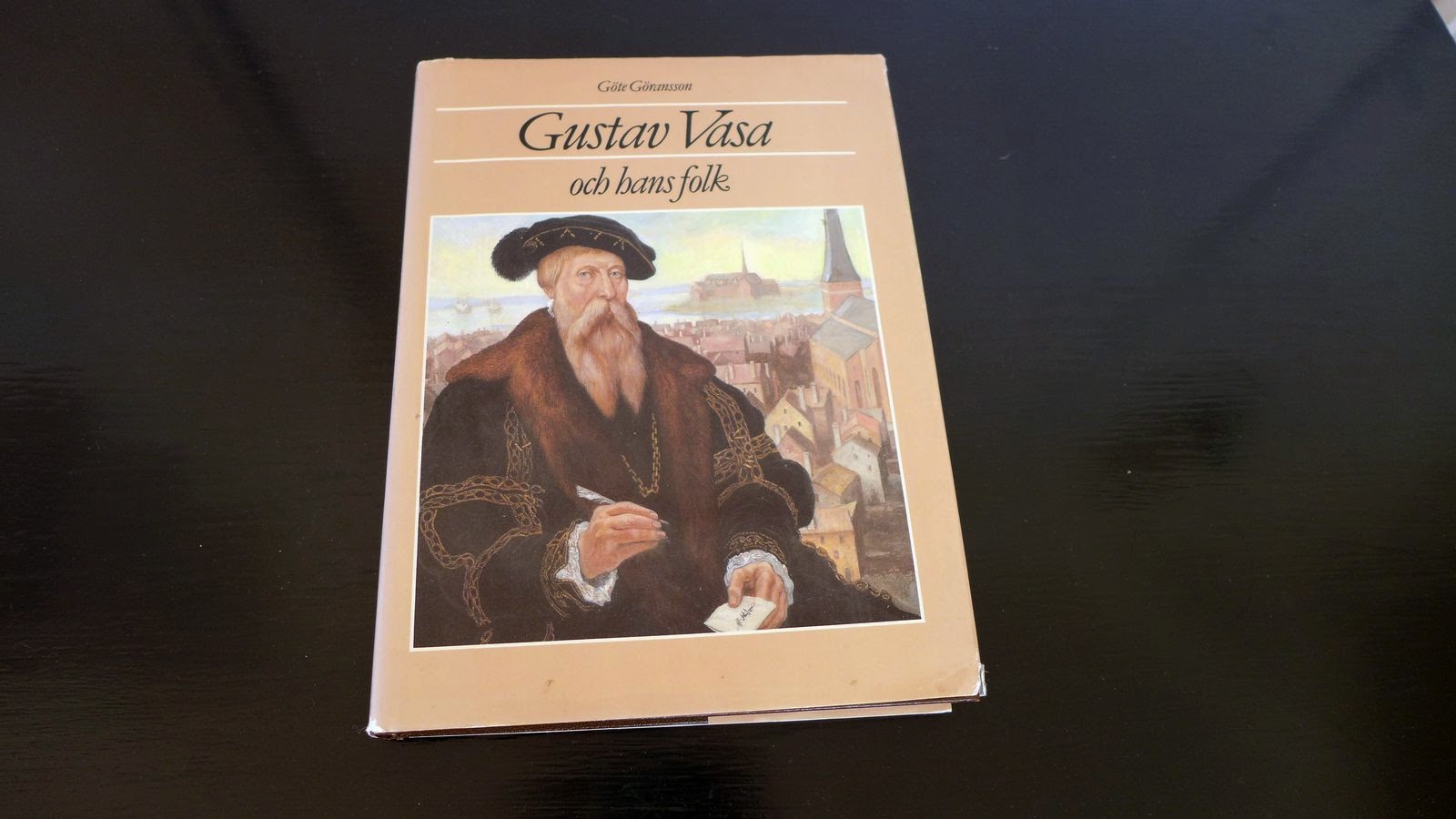 During the Easter-holidays I visited family in Jönköping and I borrowed a book from my grandmother. She said that It was okay for me to forget return it. Its nice to have a history interested grandmother, she and grandpa used to visit old places and brought me along on several trips as young.
At the moment she is reading about medieval church buildings in Västergötland.


Gustav Vasa och hans folk, Gustav Vasa and his people.
It was printed in 1984 and I think its only released in Swedish.

For this post I checked out the book on the net and it seems that the book is made by Göte Göransson and he has also done two extraordinary book in my bookshelf, Karoliner and Gustav II Adolf och and folk .
http://sv.wikipedia.org/wiki/G%C3%B6te_G%C3%B6ransson

Its sad that I also learned that he past away this march. 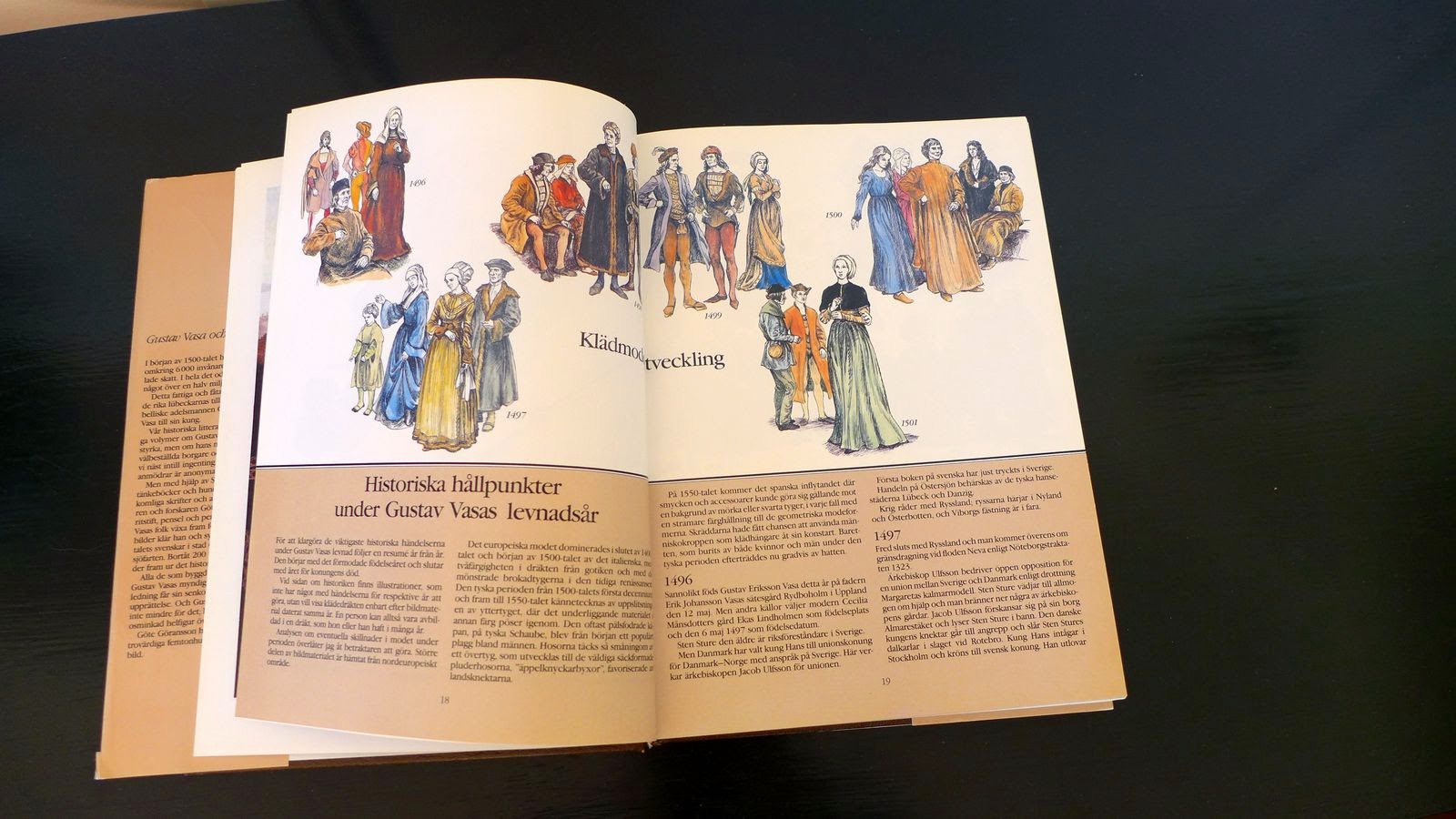 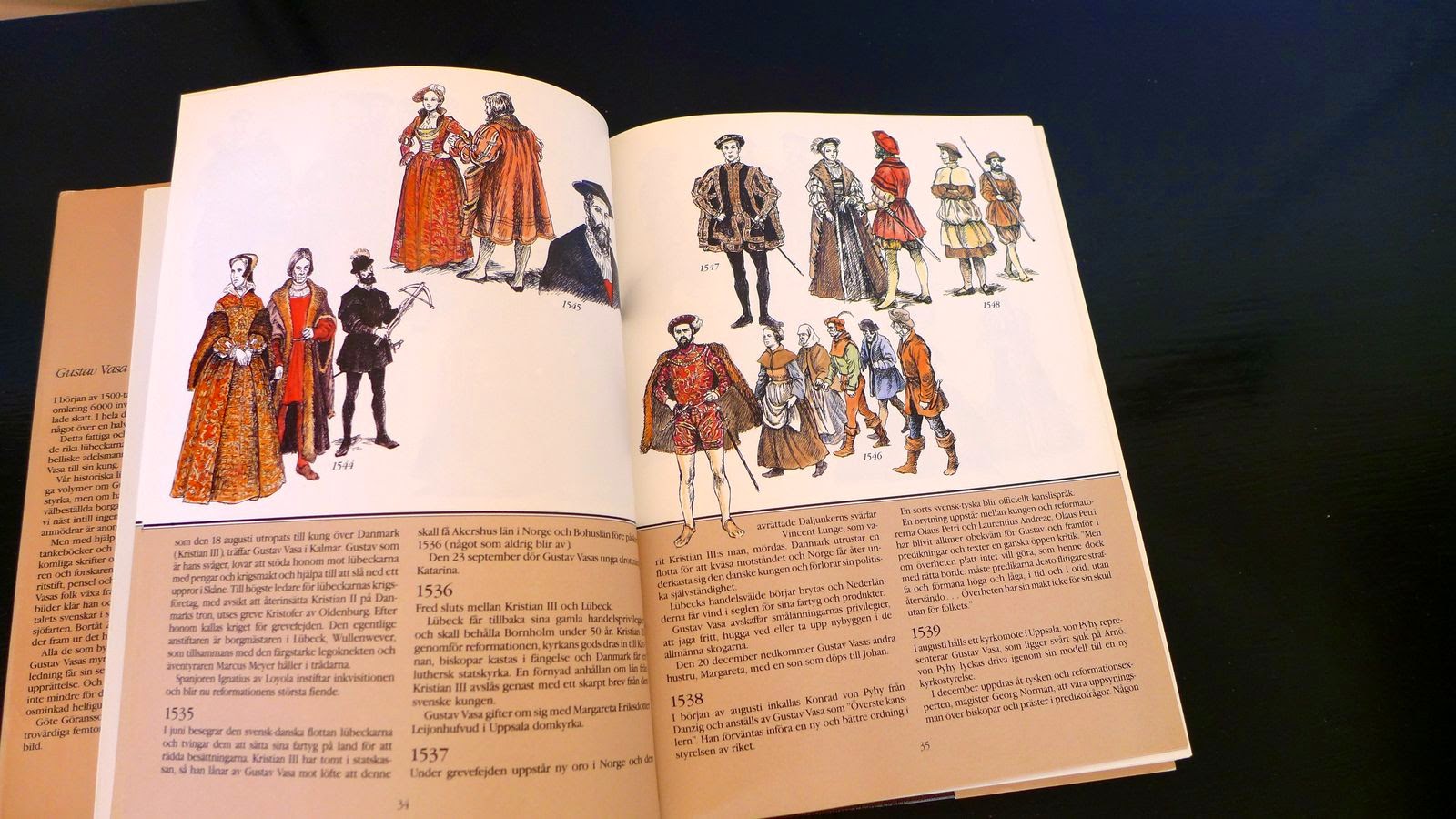 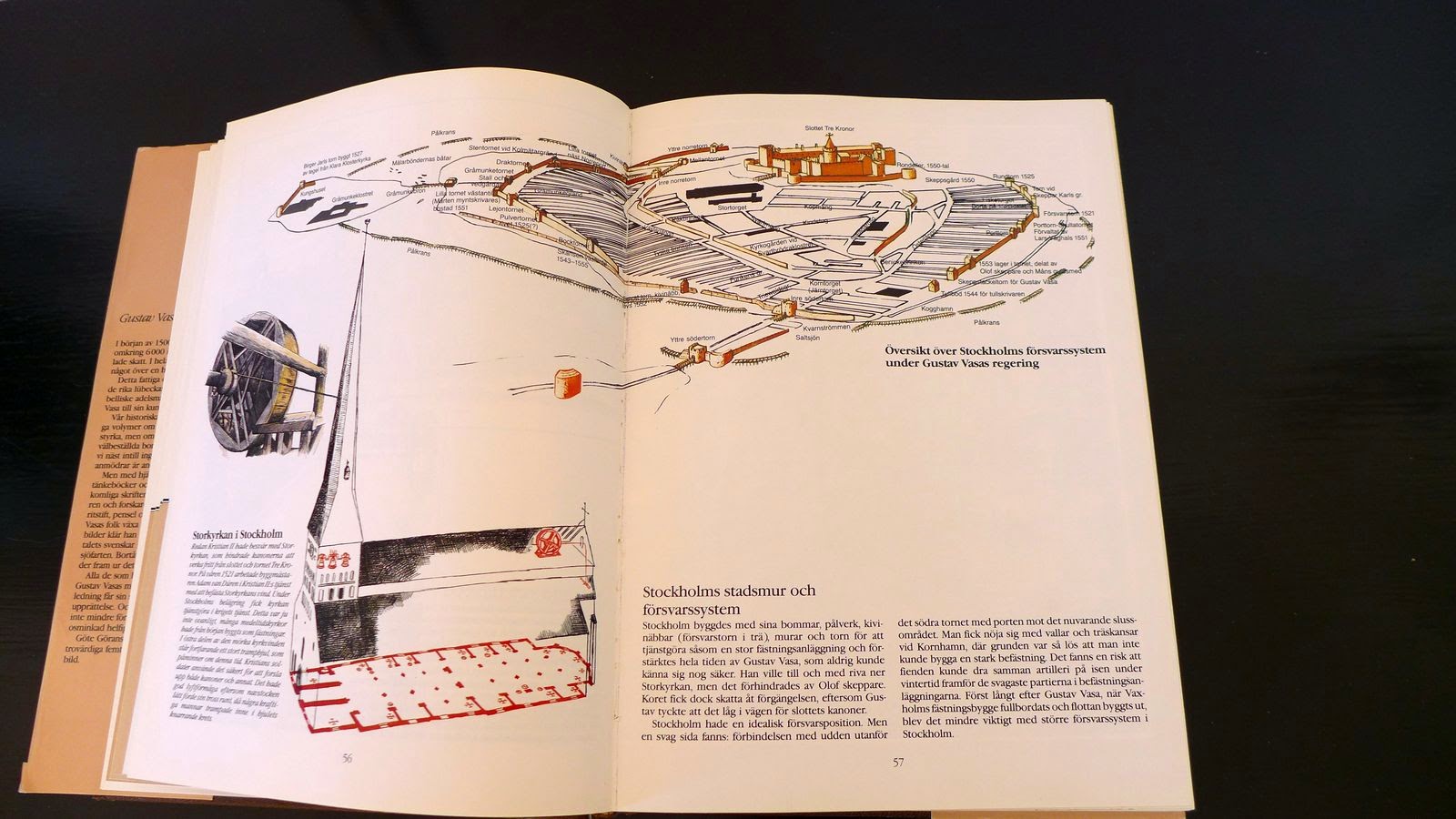 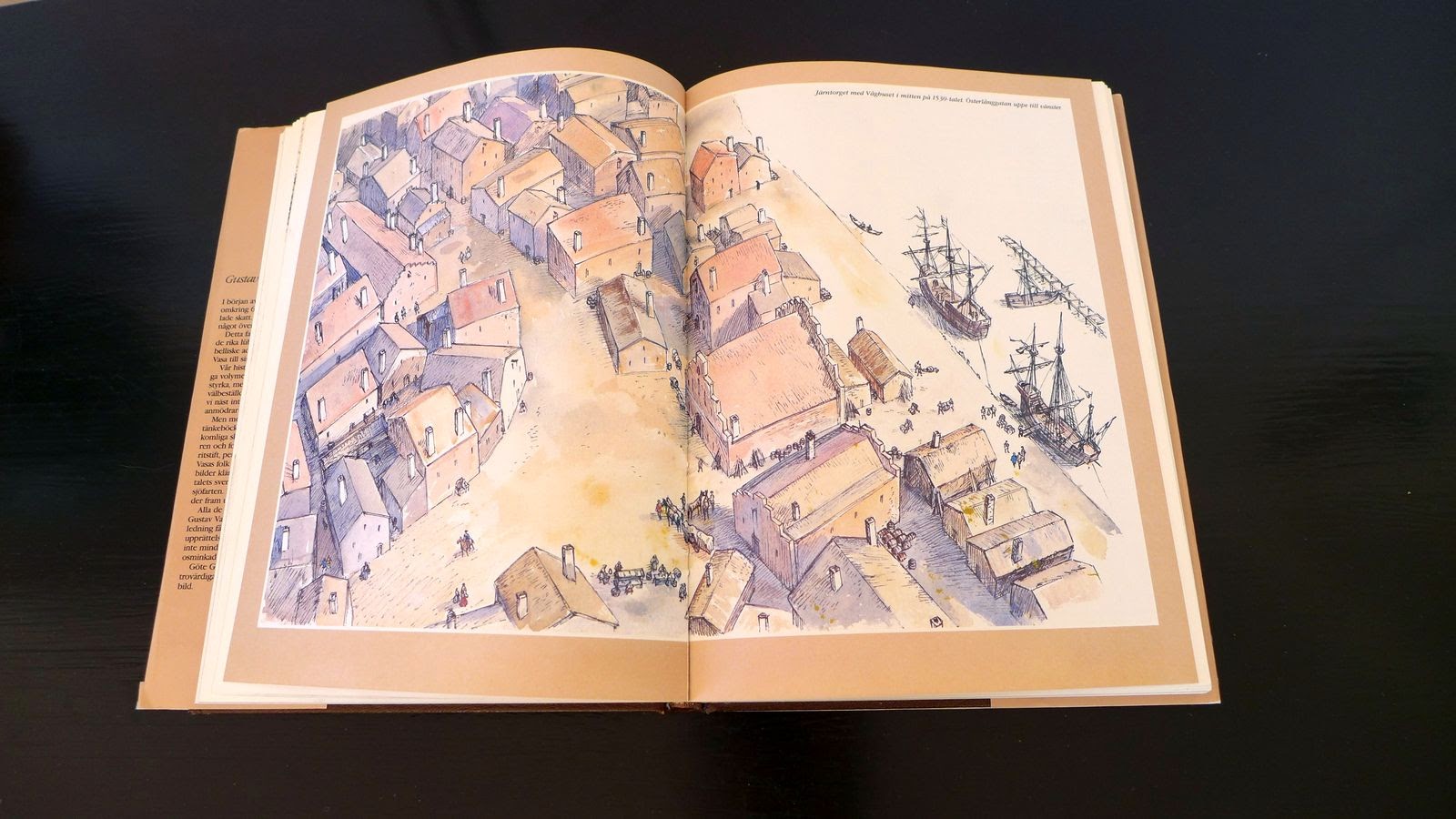 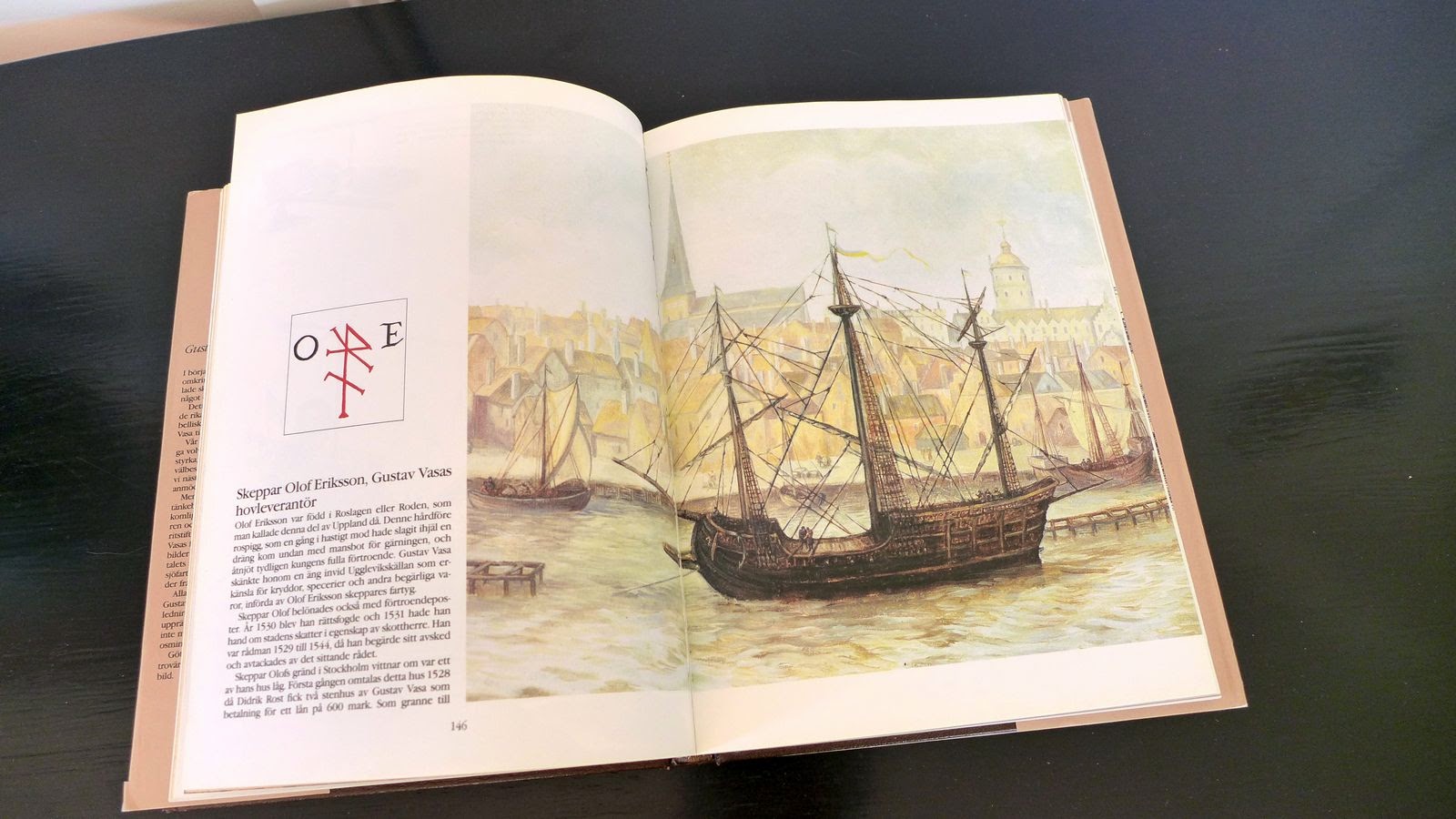 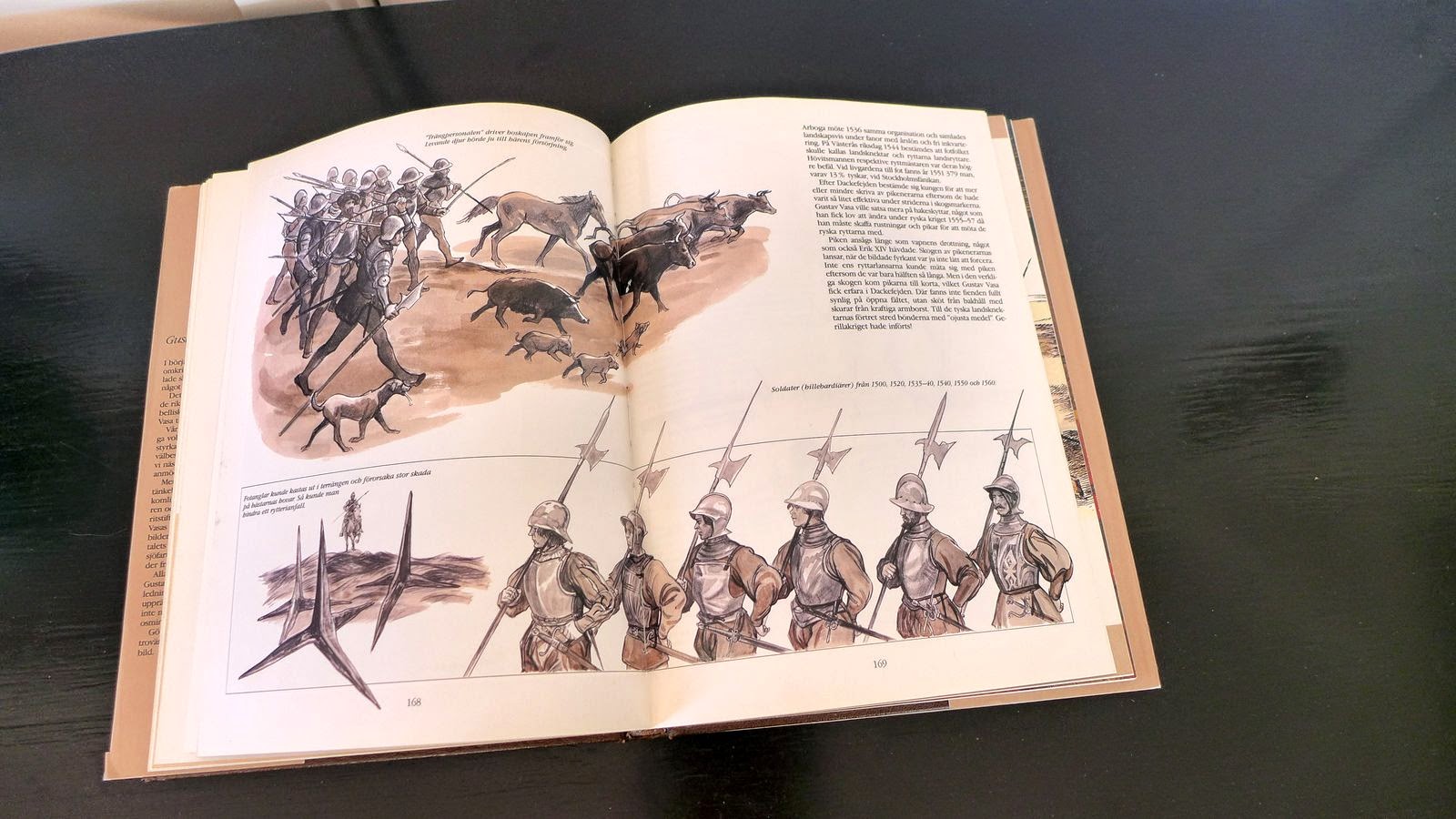 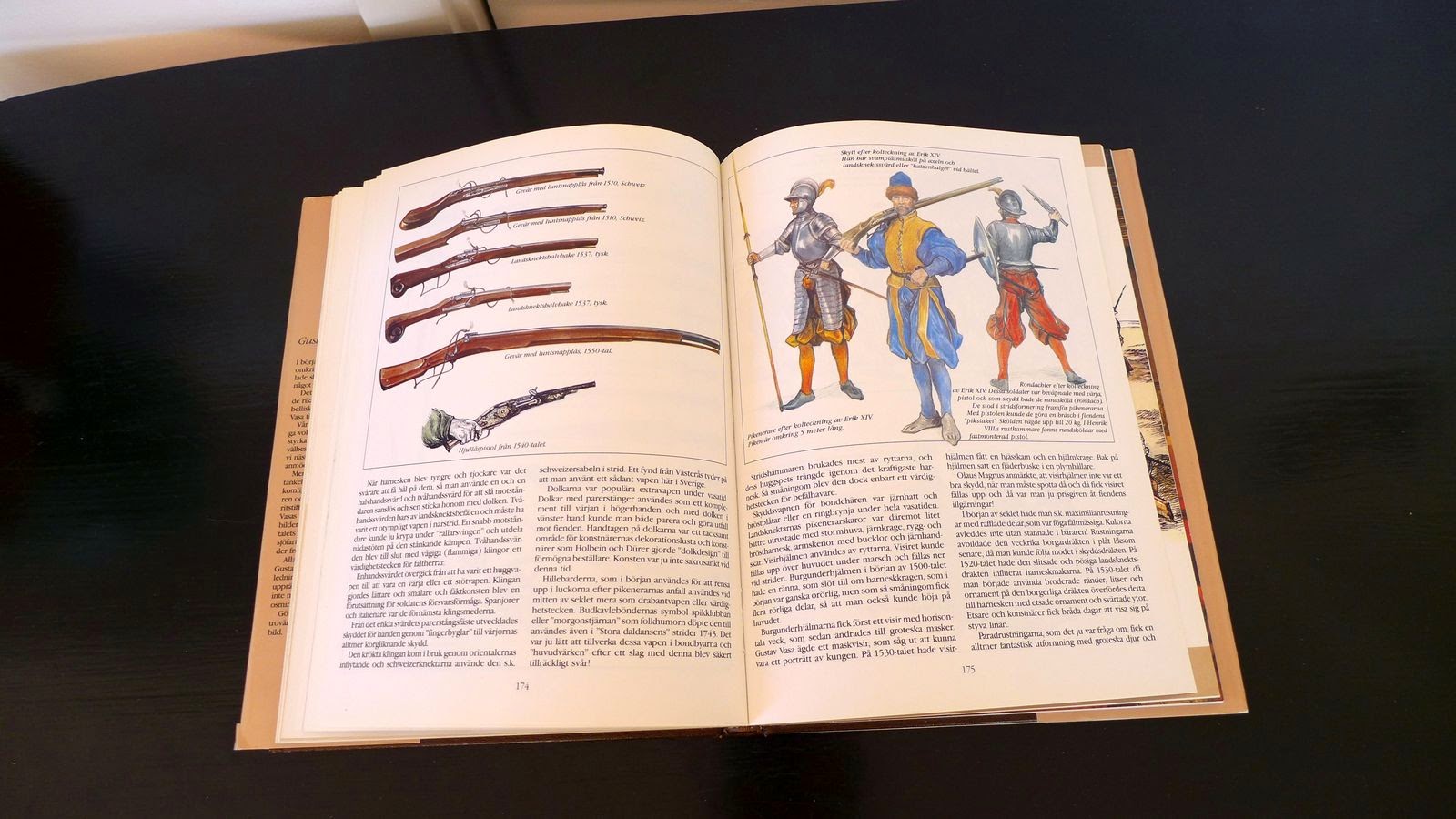 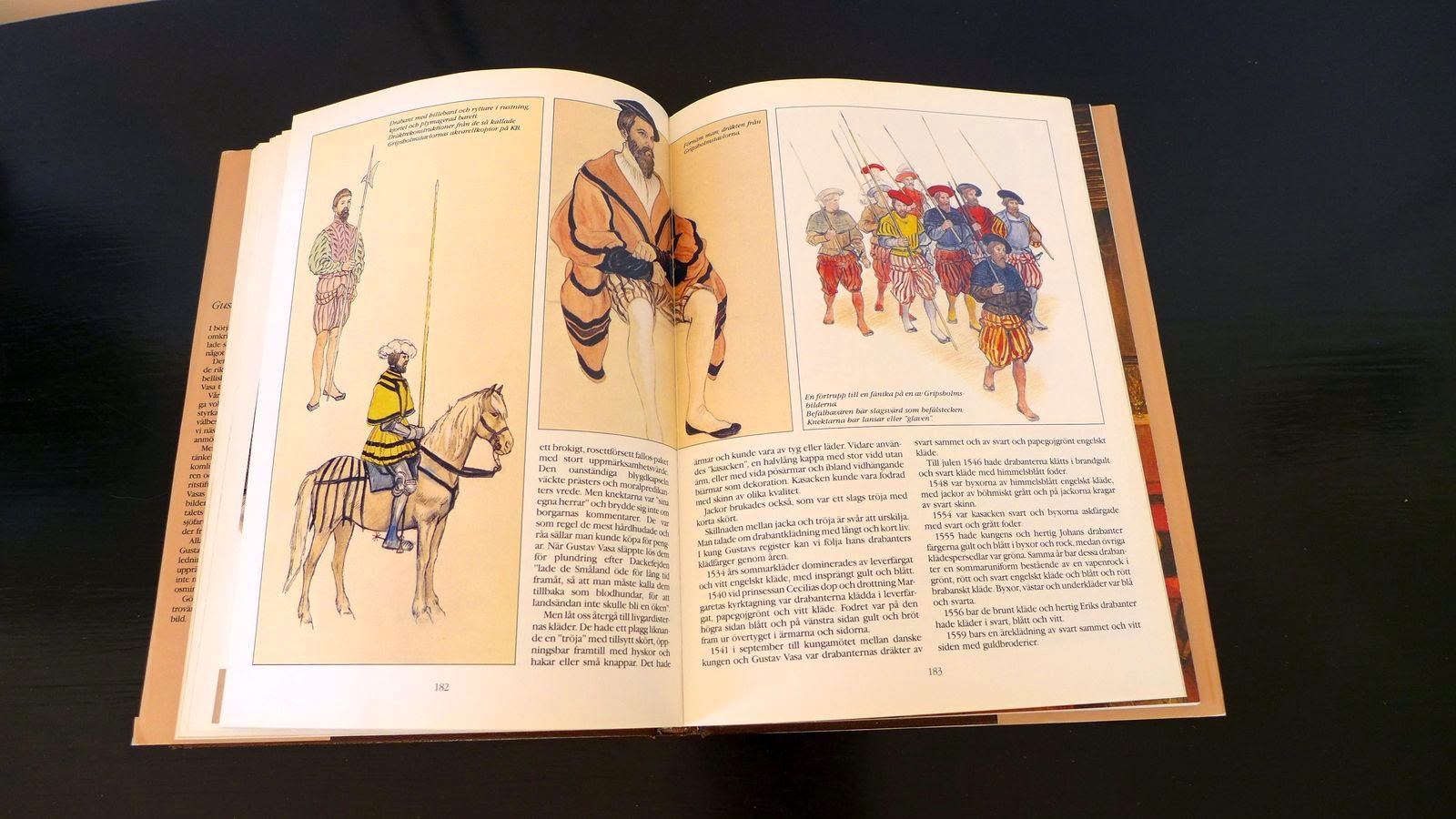 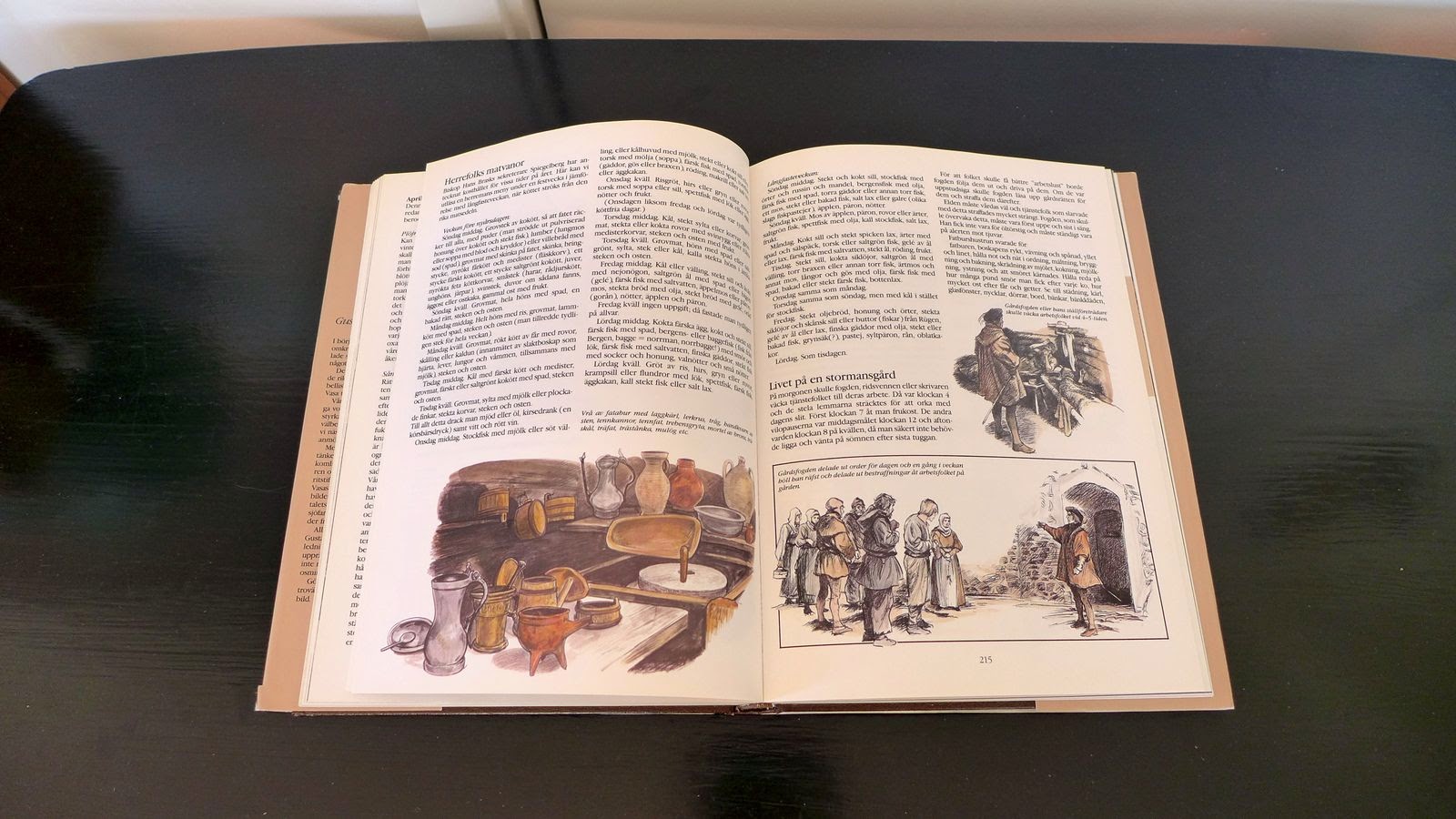 This book is a real treasure tome... Its packed with information and pictures all 267 pages of it.
The books main character is Gustav Vasa http://en.wikipedia.org/wiki/Gustav_I_of_Sweden and in the book we can follow him, the ordinary people and the the country of Sweden somewhere between 1500 and 1560. I havn´t read the book yet so we will see exactly what it holds.

Gustav Vasa is one of the most important persons in the forming of Sweden and many of his reforms would change the Swedish country forever. He did many things that would be good for Sweden in the long run but many of his reforms where not that liked by people under him or other powers and countries. But make no mistake he was a total bastard and much of his rule was almost tyrannical.

For his interest in details and recording much of this time in history is known today and for a person with historical interest this is good.

The day he was elected King is now the Swedish National day, so that tells you something about his importance. And it is the date we use as ending of the medieval and the beginning of the renaissance here in Sweden.


I have much to read in this book Im sure, but I have no idea when if ever I will have the time to read this book and start a miniature project around it...

For miniatures I have thought about using the plastic Landsknecht to be released in the future by Warlord Games, that they got when they bought Pro Gloria.

I have no release date on these yet but I havn´t read this book ether so Im in no hurry.
The plan was to combine them with Perrys plastic War of the Roses boxes and combining these with greenstuff and bits from other makers and miniatures I think you could get a descent collection of miniatures.