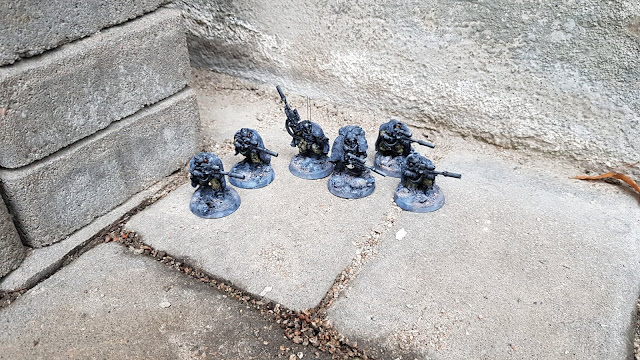 I wanted to add some more Recon Marines to my Alpha Legions, this time its a small Recon squad in scout armour and cameleoline with sniper rifles.

I used standard 40k scout marines as the base and then added mk4 helmets to make them more 30k. I used textiles for the camo cloak and to cover the bad joint from the helmets.

I wanted to have them realy dark and used a dark grey as the base before darkening the shadows and highlightning.
Their clothes was painted to look like multicam camo.

Looking at the pictures now I think I should have given the bases a warmer tint, to create a little contrast and to better simulate the stones  in my garden. But that can be added at a later point. 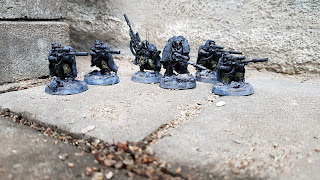 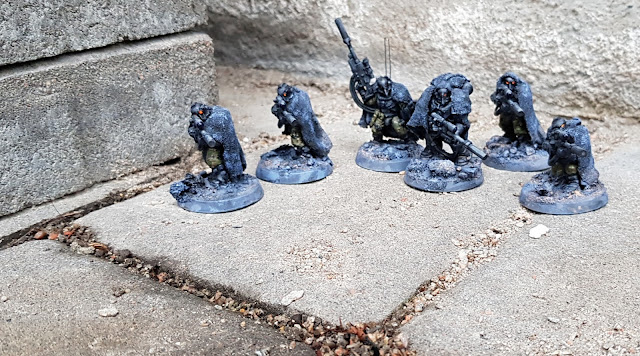 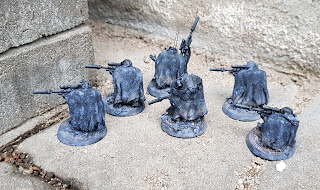 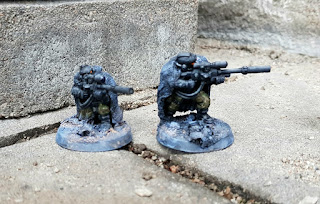 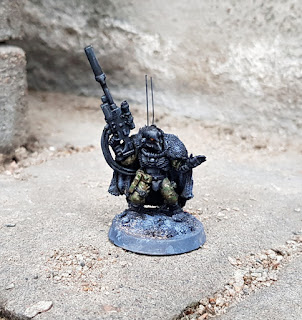 The radio antennas are two black straws from an dishing brush 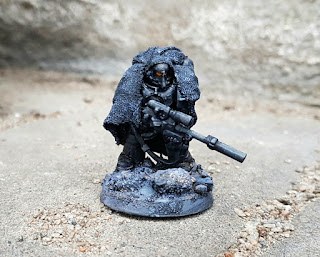 The sergeant was given artificer armour. 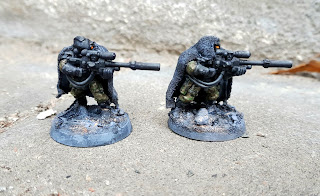 Recon marines are about the worst unit pointwise in the game and especially sniper rifles are severly lacking... But rule of cool wins every day in my book.
at 11/22/2019 10:02:00 am