This is a unit I wanted for some time, a unit of Destroyers for my Alpha Legion.

I had some problem with the painting, I switched idea or paints scheme half way trough. This meant that I painted some layers or details in the wrong order and not up to the level I wanted or rather it took longer time then it had to. But in the end I managed to fix most of my errors.

When I had finally settled on a colour scheme it landed on a dark grey armour with tiger stripes in metallic blue/green.

I added some eldar grenades and equipments donated from a friend to represent the venom sphere special equipment that Alpha Legion Destroyers can get. 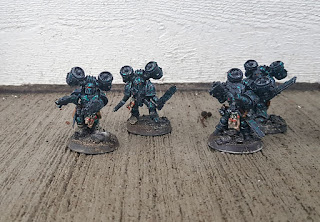 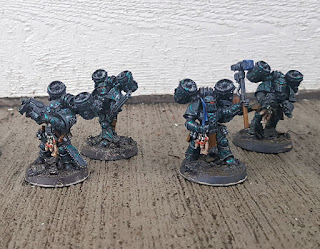 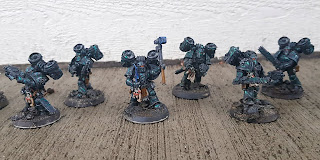 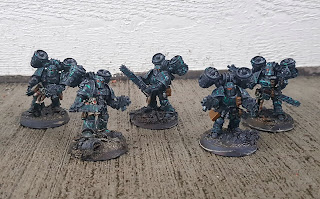 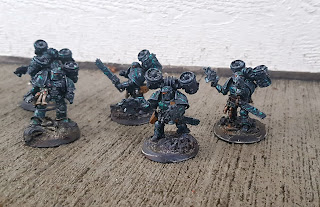 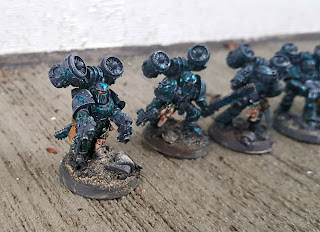 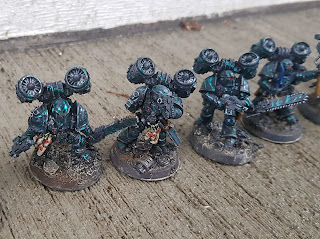 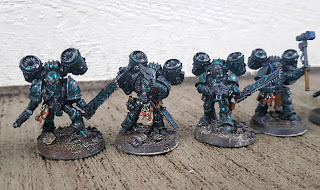 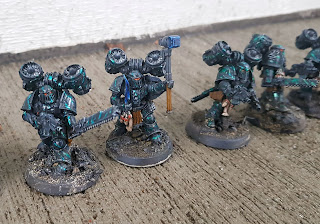 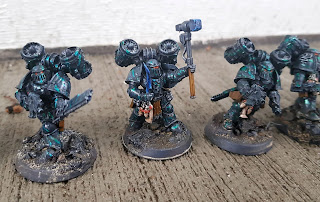 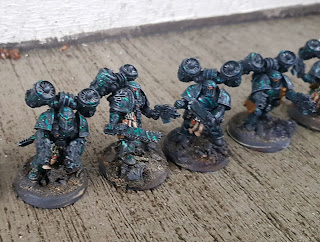 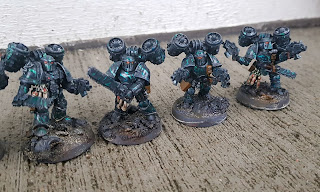 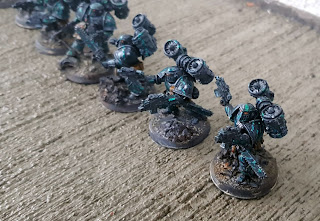 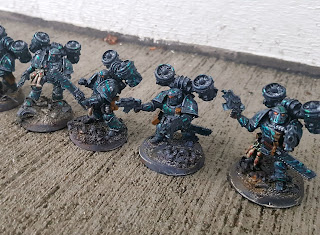 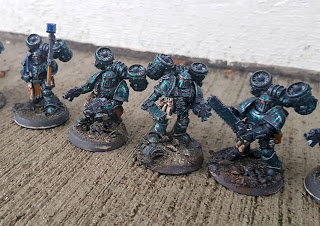 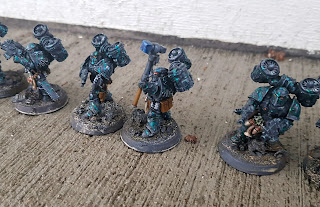 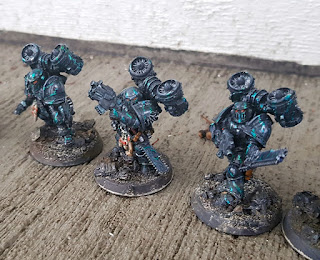 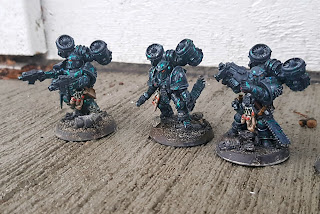 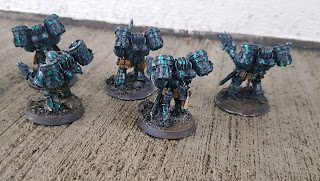 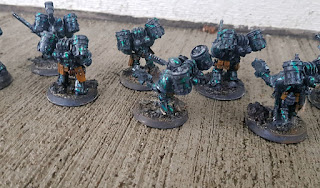 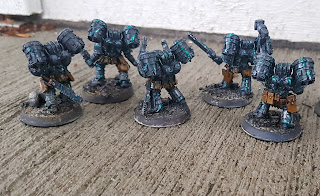 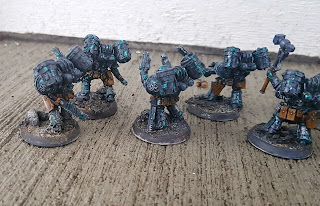 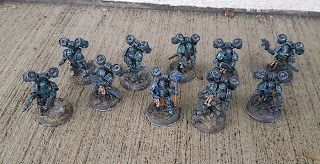