Yesterday we had a megabattle of 40k. 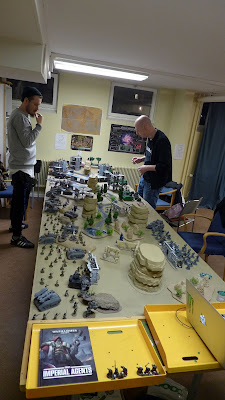 I brought along 1000pts of my Sisters of battle, not much to brag about but thats about what I have painted (or rather repainted to the "new" paintscheme I decided on a couple of years ago) and I have trouble playing with unpainted miniatures.
All in all I think it was around 5000 pts on each side.

My Sisters would support the Imperial Guards and we would be facing renegade: Salamanders and 30k Space Wolves, Space Marines.

It was a really nice game with some tense moments. 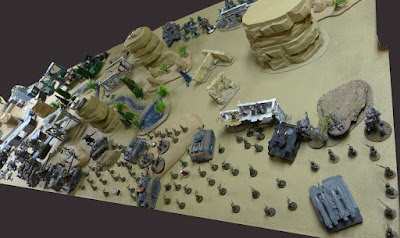 These fallen wolves were lead by what we think is an daemon prince. 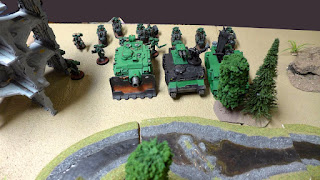 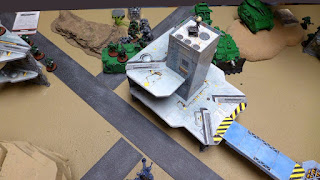 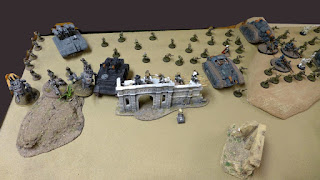 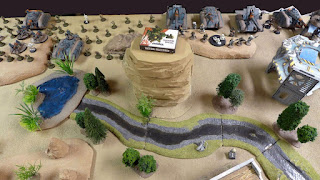 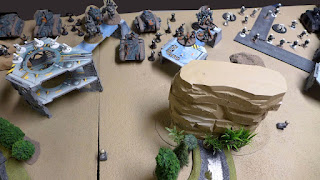 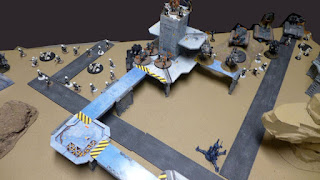 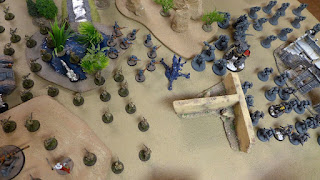 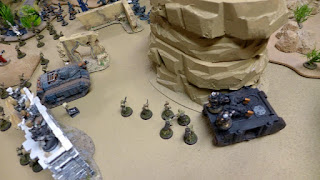 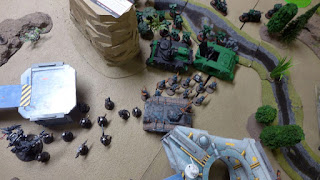 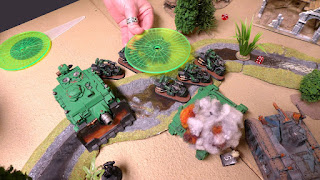 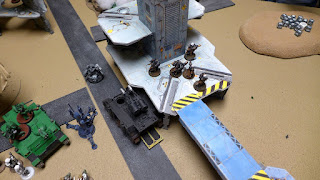 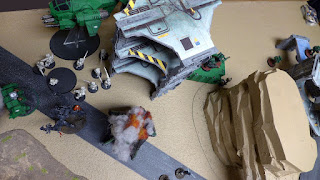 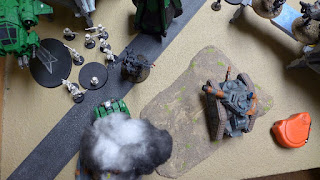 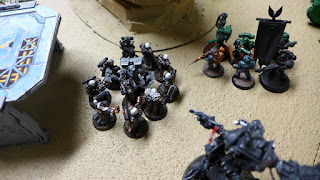 The renegade Salamander leader placed a large hammer in the front lobe of Sister Superior Ofelia in an challenge...

But after the second round of fighting my Canoness, the Priest and the Battlesisters could take the monster down...

Celebrating behind the large rock, waiting for further marines pushes to our artillery placements. 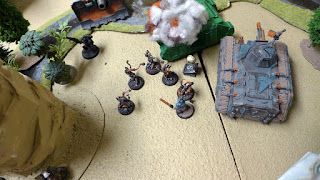 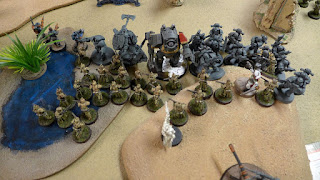 The large blob of conscripts were reinforced by a Priest, an Commissar and I Psyker that managed to cast Invisibility so even with  horrendous losses they held most of the enemy at bay... 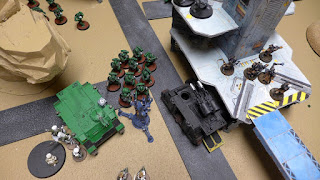 My Sisters had disembarked from their Immolator and captured objective 4, giving us lots of points. 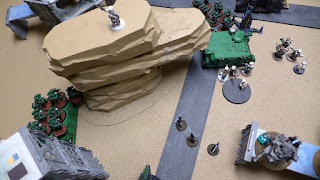 The rampaging Dreadnought charged our Leman Russ tank and even with only one hit in close combat it managed to take it out. 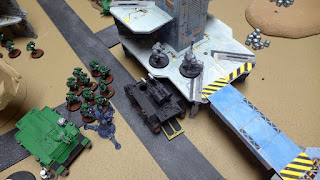 Snipers shot at them, and Terminators charged them and slaughtered them to the last sister but their Immolator transport were still kicking and that meant I was able to contest objectives and thus denying them 3 points. And with the guards denying them points elsewhere the renegades didnt get any points at all this round and they were starting to fall behind pointwise.
And because of that we decided to call it a day.

A victory for the blessed warriors of the Imperium...