When I bought the Black Powder rulebook I fell in love… It’s a really nice set of rules if you haven’t tried them yet.
So when Warlordgames released there next rules, Hail Caesar I knew I had to get them. And I “needed” knights… So I bought a dba starter set and some spare models that I will try the rules with.
The Feudal Knight DBA set from Mirliton would be a good start as I could play DBA with the models and then later play Hail Caesar with them. The plan is to use one base as a tiny unit, two bases as a small unit, three as a standard and so on. If this will play out good I don’t know yet but it has worked out quite nice in Black Powder.
I choose 15mm scale as it would be cheap and I could paint it relatively quickly. And if I change all the measurements from inches to centimeters all the measurements could stay the same as written in the main rulebook. 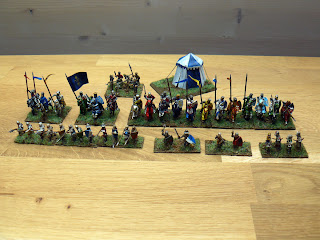 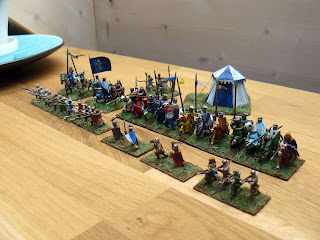 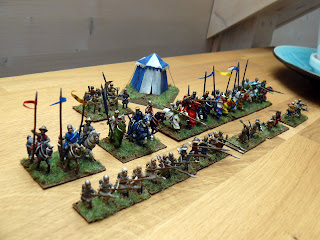 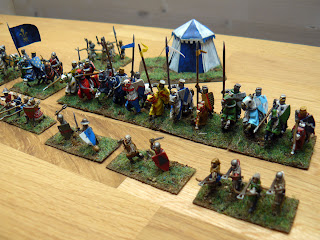 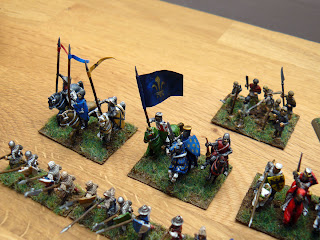 The Camp for the feudal French was made according to the the Wargames Illustrated medieval tent article.
http://www.wargamesillustrated.net/Default.aspx?tabid=267&art_id=2129