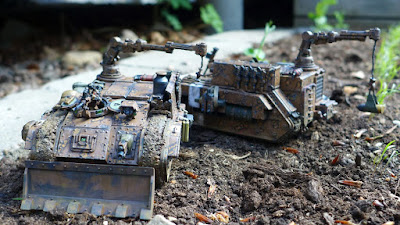 Here are my Trojan Support Vehicles. With a new edition of Warhammer 40k and probobly new rules for these from Forgeworld I thought it was about time to finish them. I just love kitbashing strange vehicles together.
I had bought two Chimeras in bad shape second hand and have now given them new life and a new role as armoured ammunition carriers.

The Trojan is a workhorse used by Imperial Guard armoured regiments as a towing vehicle for artillery platforms and as an armoured ammunition carrier, ferrying extra ammunition to the platforms once in position. Each Trojan is equipped with a crane to lift heavy crates of ammunition from it’s hold.


I think I will deem these finished. You could always ad more details and so on but as these are gaming miniatures and not display this is more then enough.
I painted the crewmember as a member of the artillery according to German ww2 colouring standards but Im not sure if it would have been better to paint him belonging to another branch, maybe the pioneers, transport?

Both hull guns are magnetised and the crane is moveable and interchangeable between the vehicles.


It was a little to bright light when I took these outside. 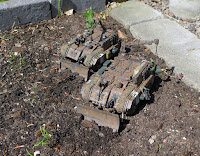 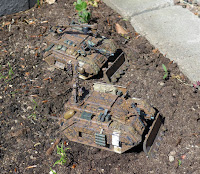 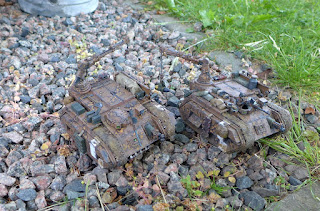 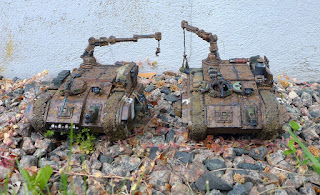