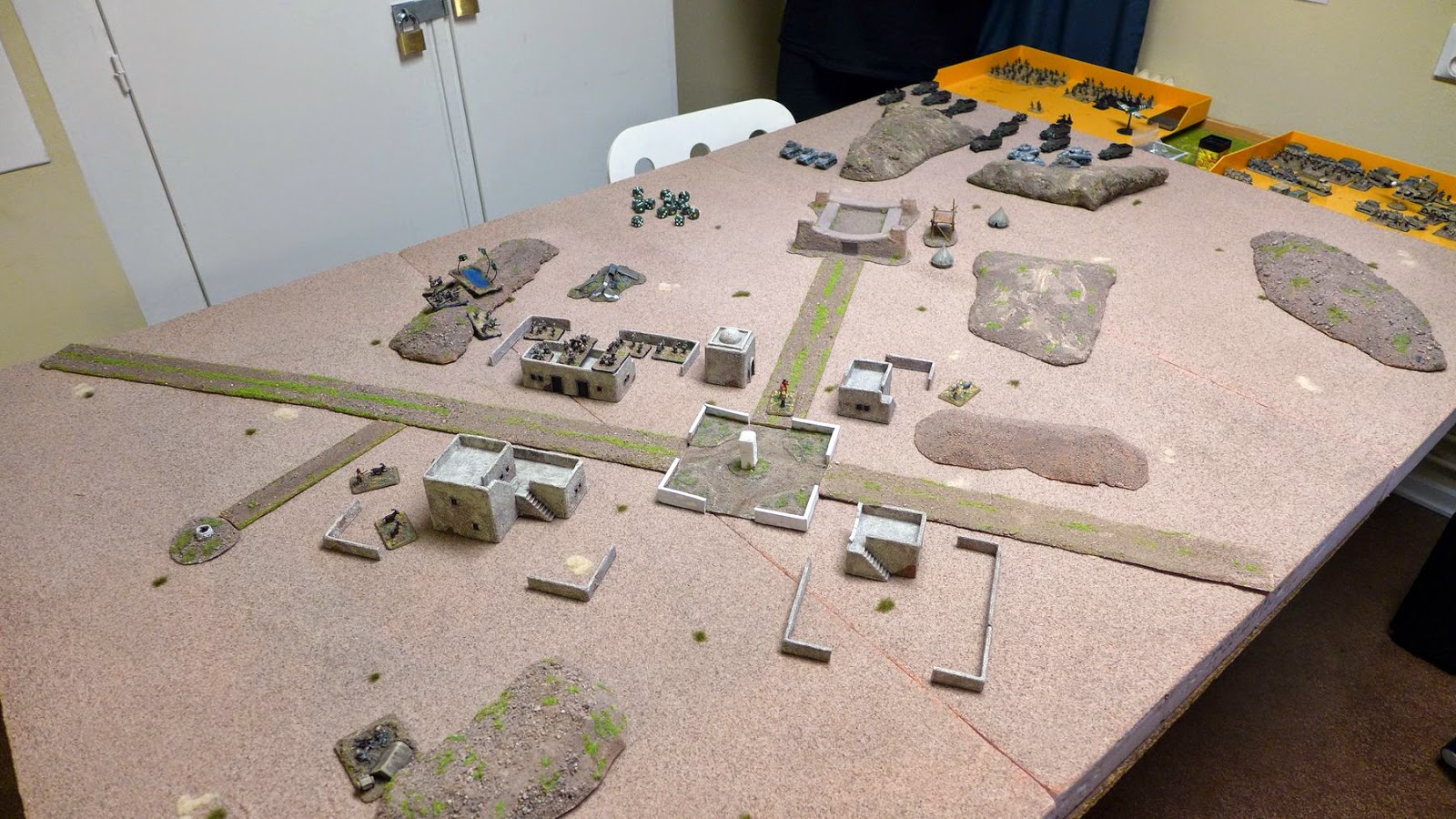 Tobias and I played another games of Flames of war, mid-war. It seems like ages ago we did and it was lots of fun.


I was to hold a village or rather two objectives in its vicinity. One small outpost with a tent and some spotters and one small oasis that seems to brake the rules of nature with its funky water level. 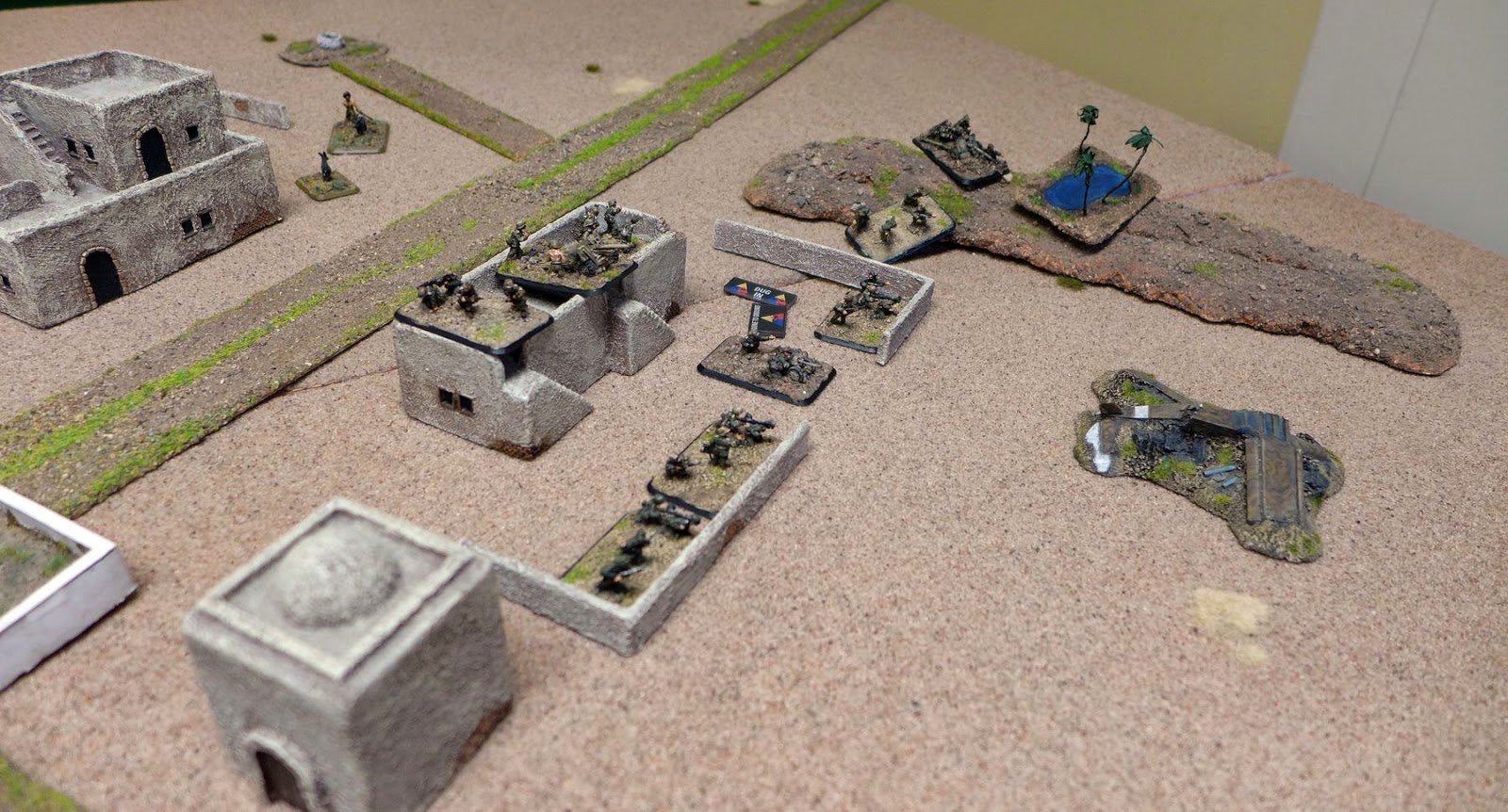 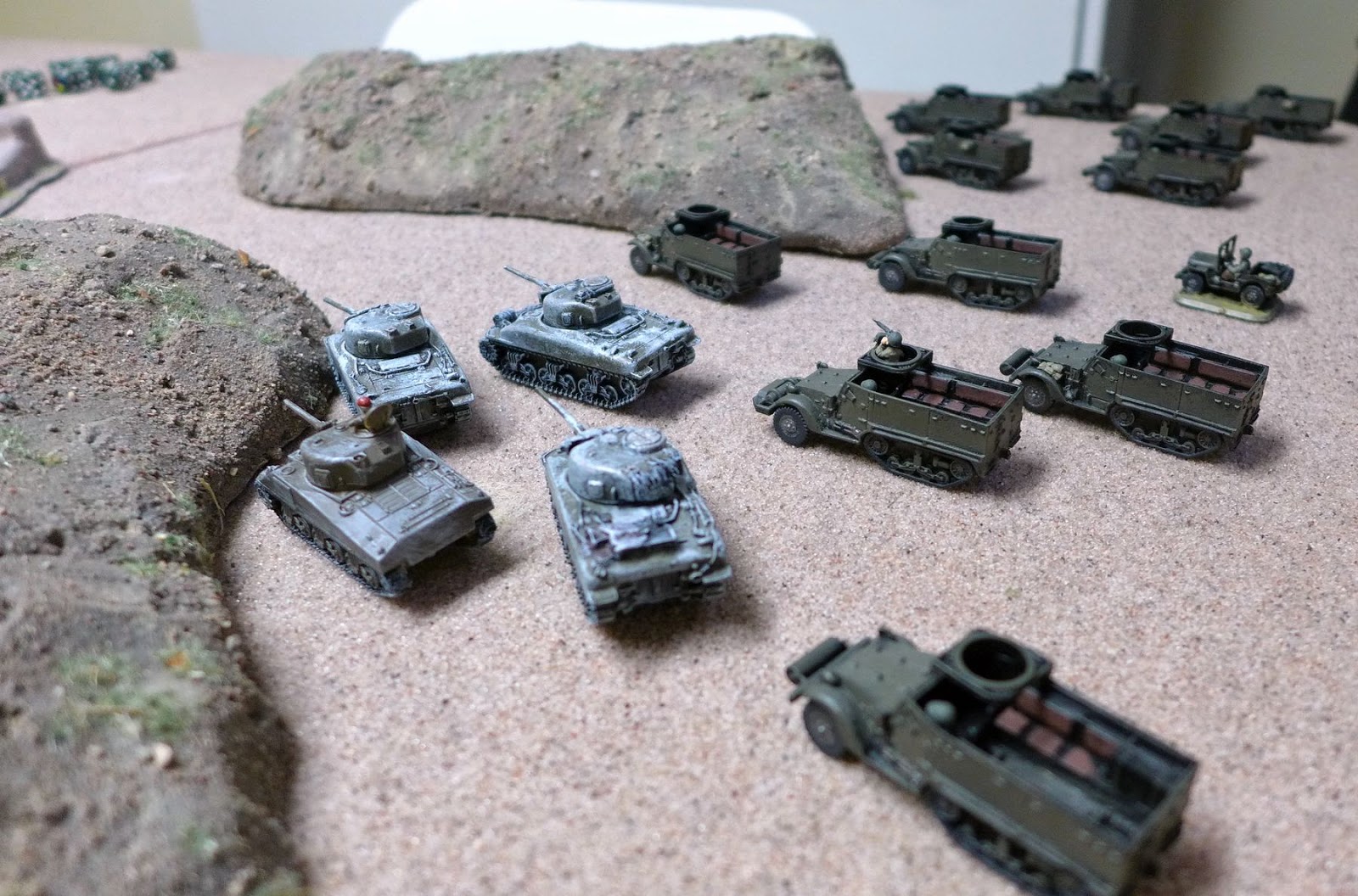 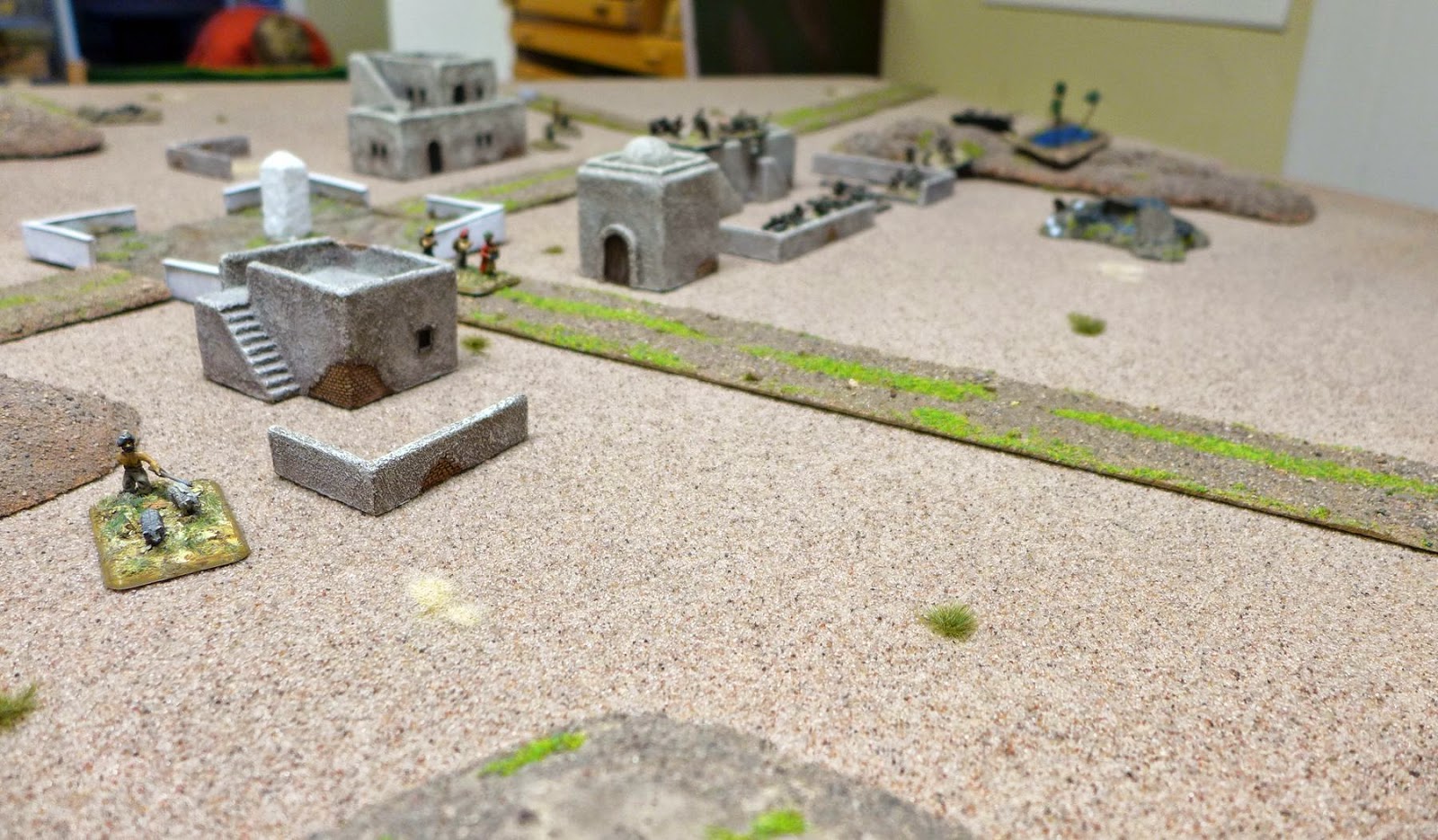 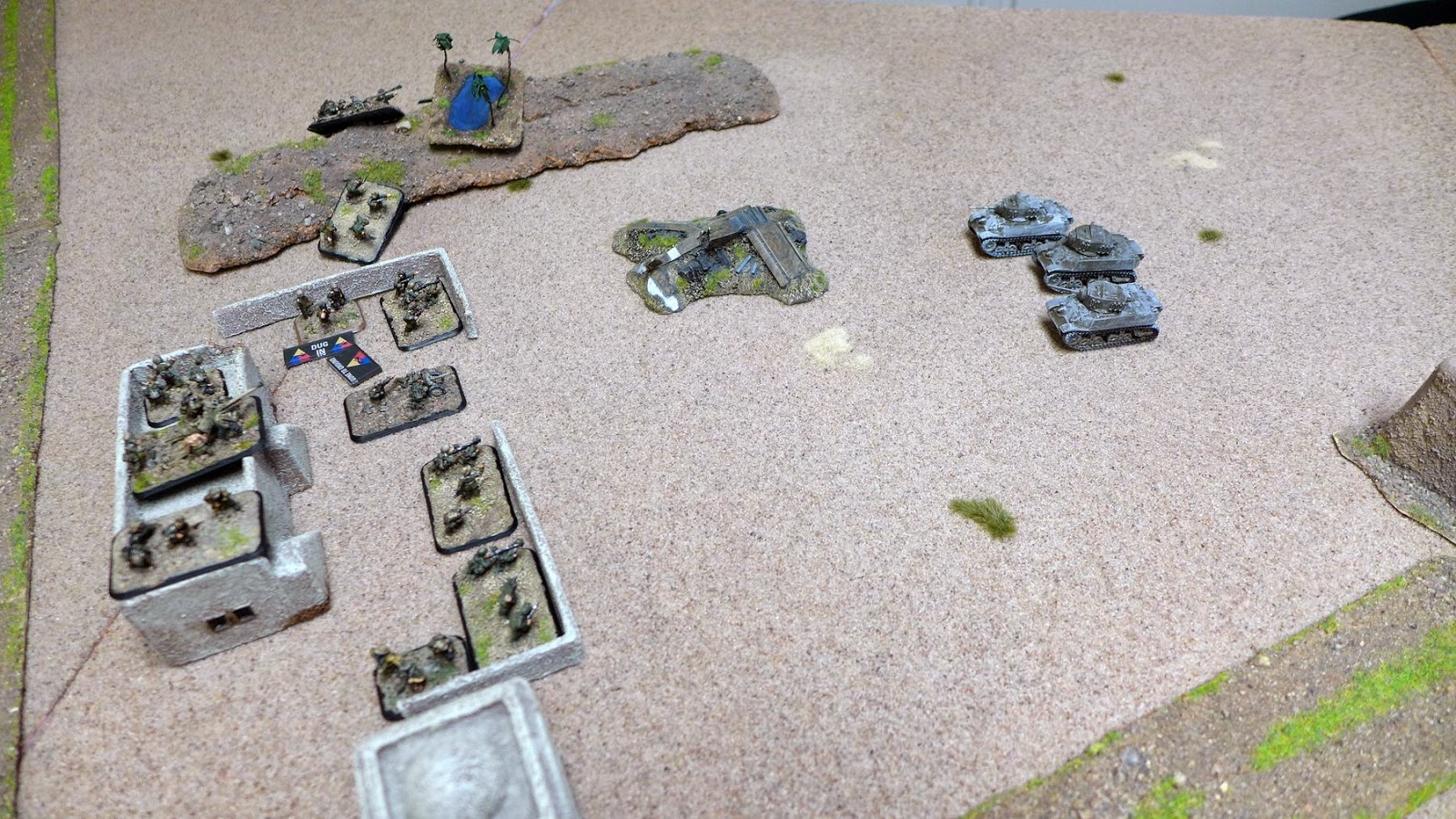 First tanks arrives and tries to find a week spot in the defences. 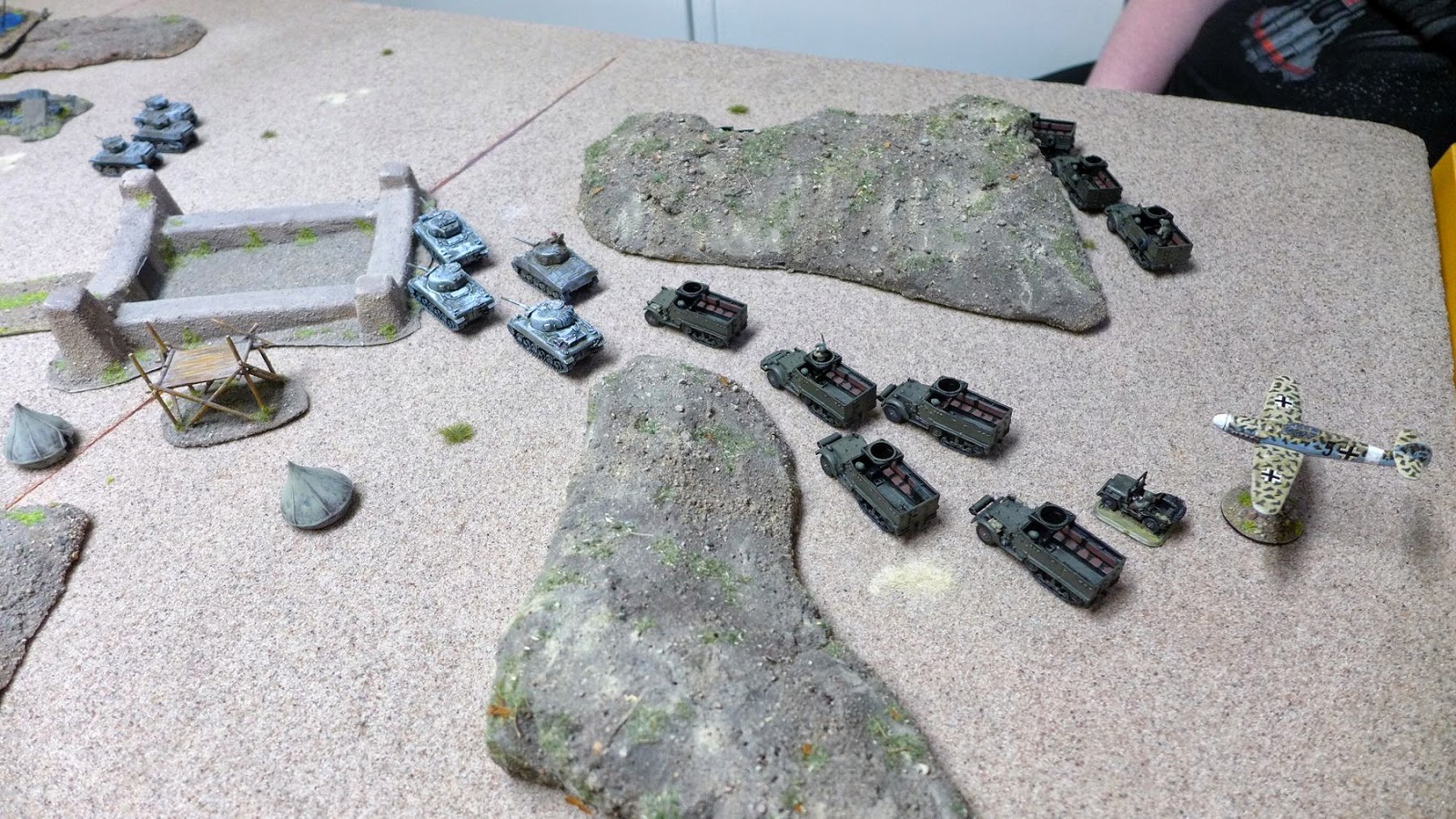 I got a BF109 zooming in from the rear, the plan was to try to hit those tincans full of soldiers mounted up. A risky plan as they are filled with aa mg:s. 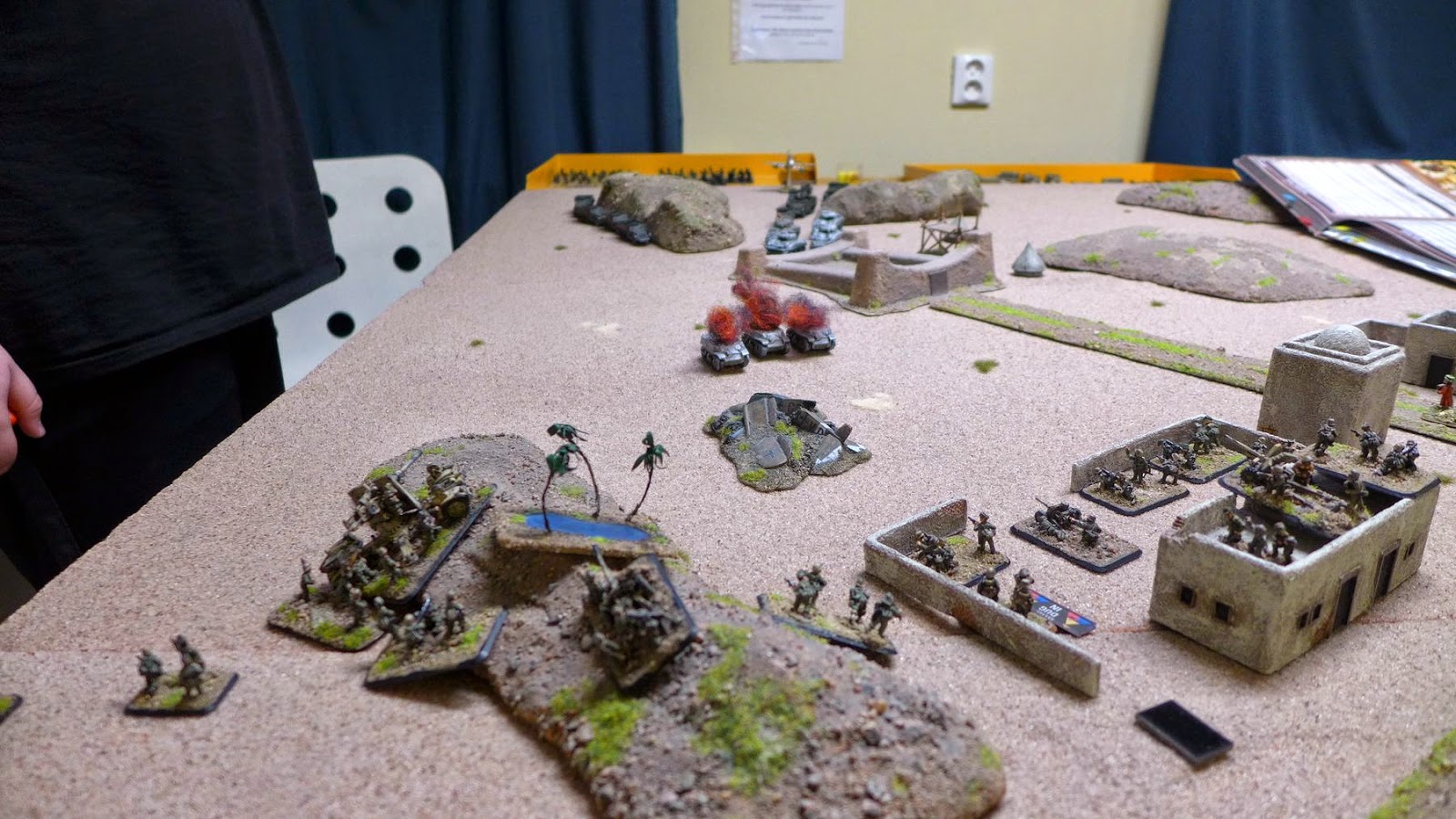 My guns open up and the Americans got a nasty surprise. I also revealed a unit of Achtacht... 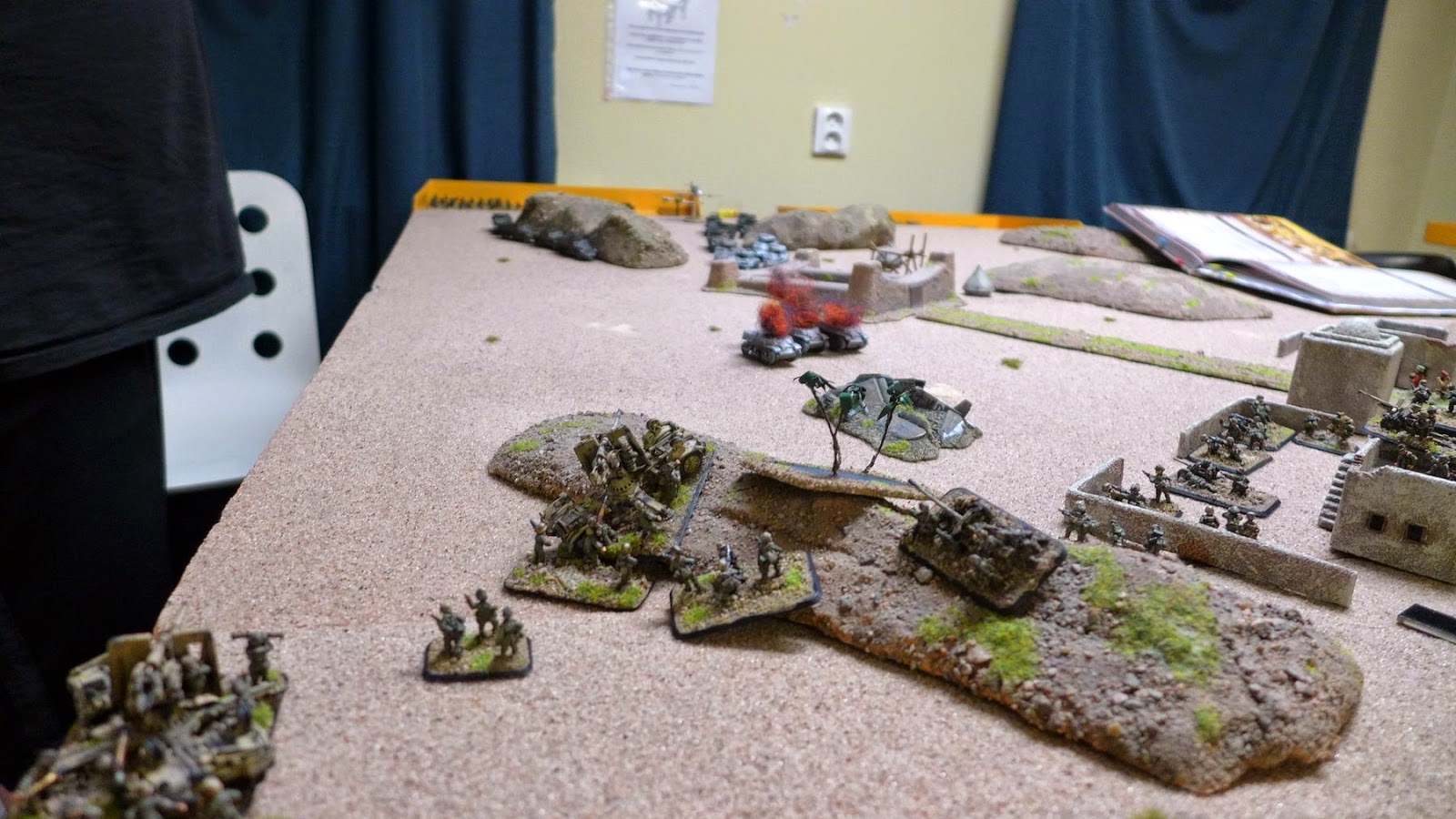 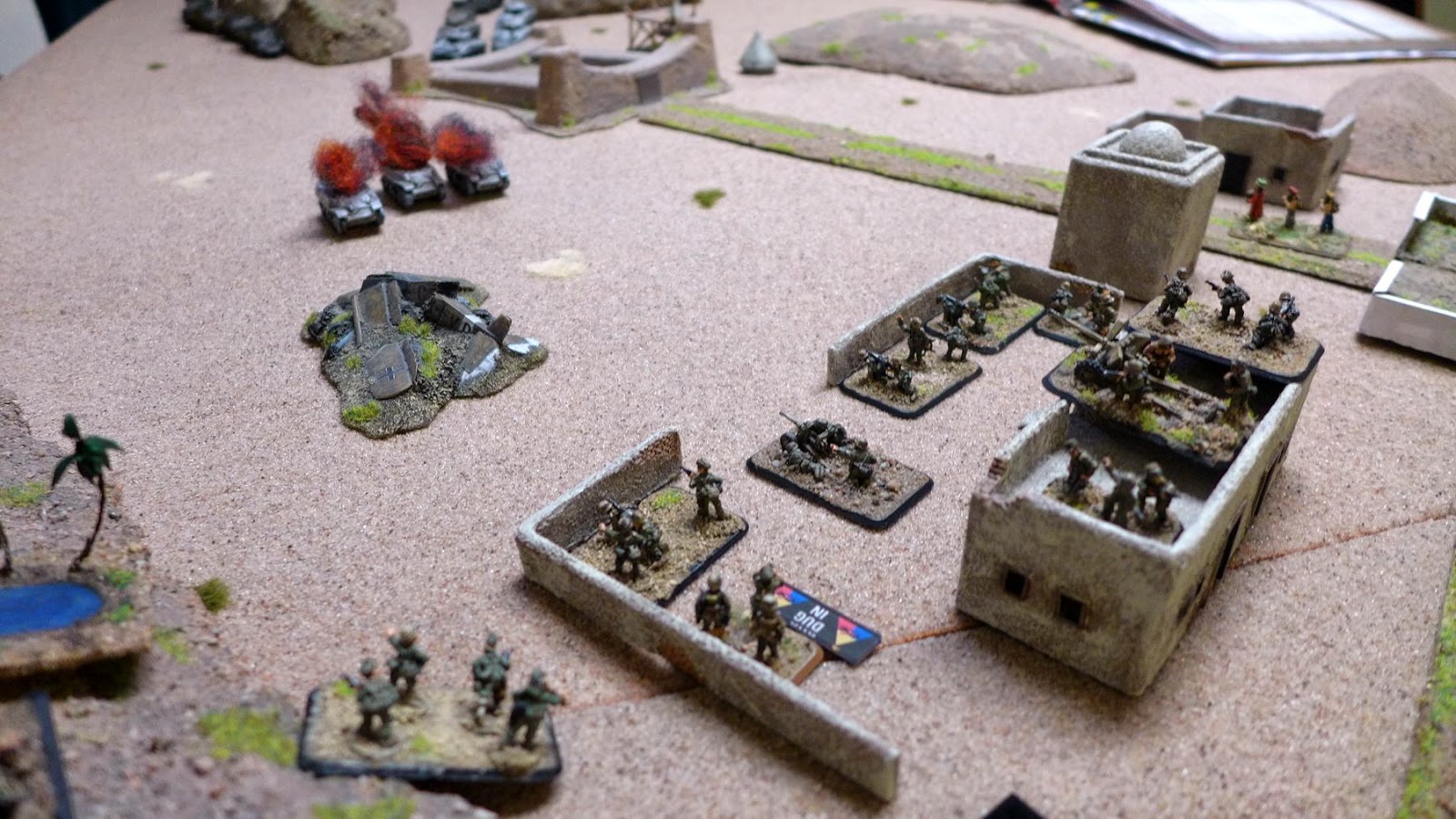 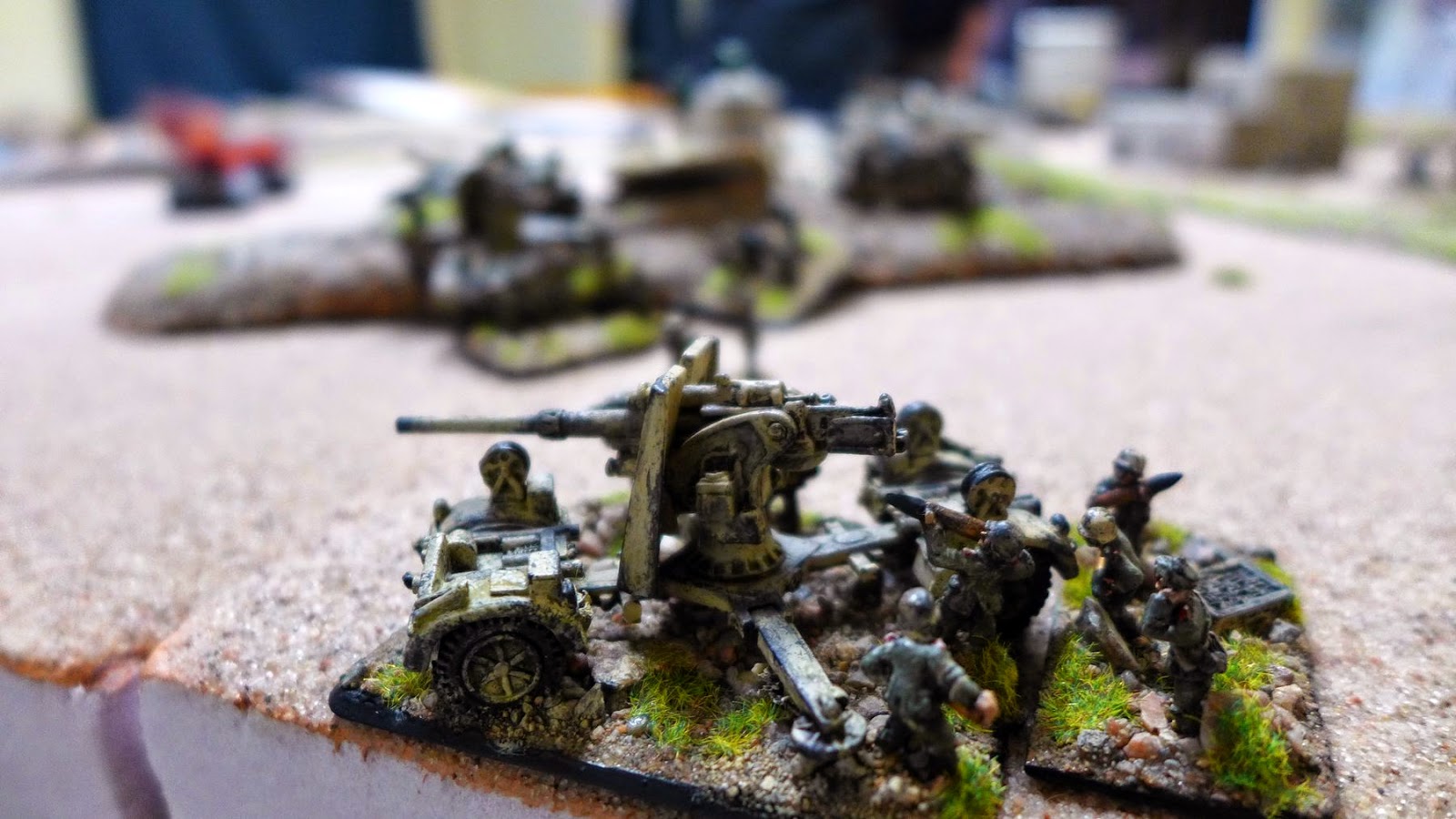 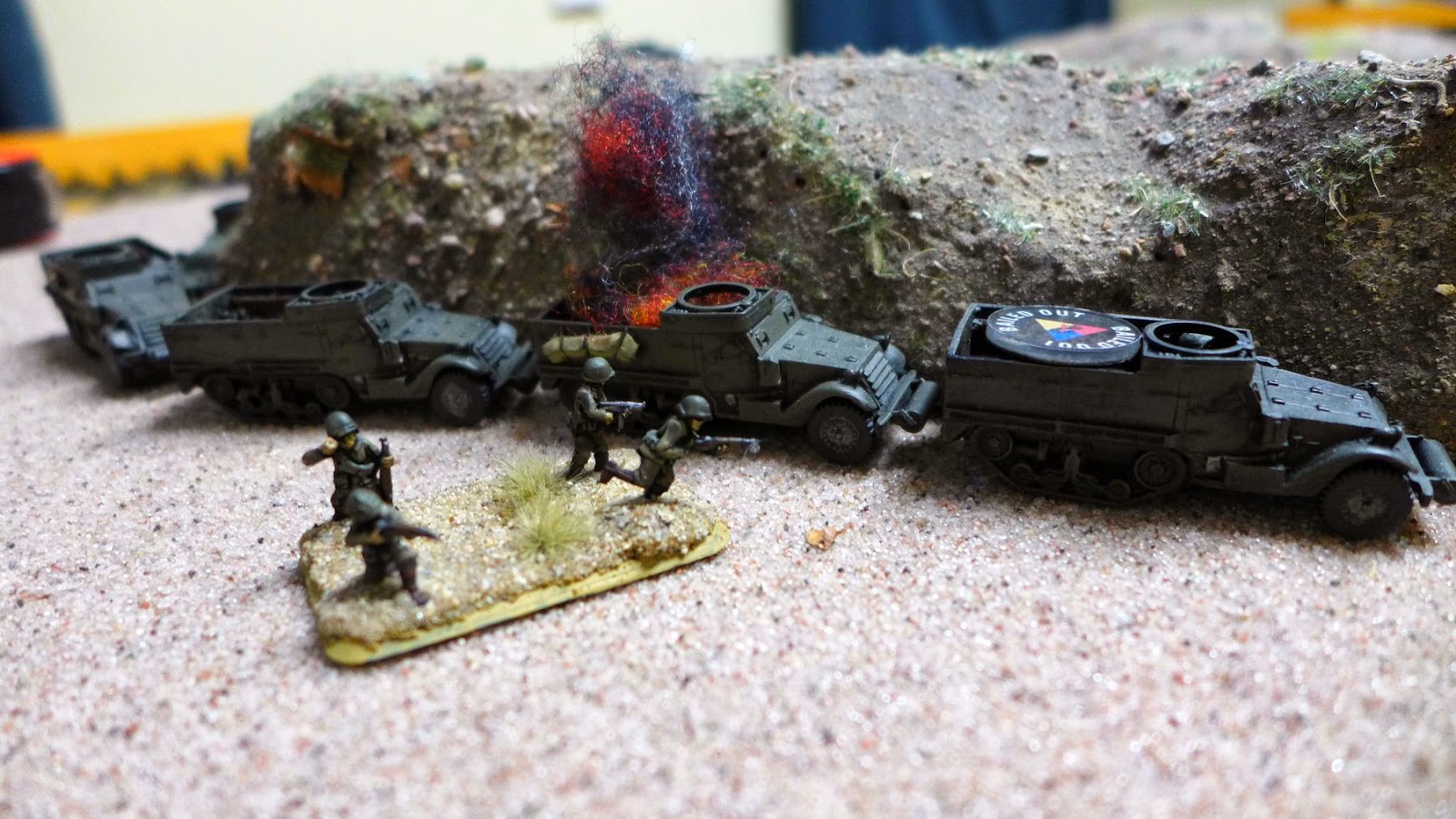 But with just a small effect. I managed to nail one "iron coffin" atleast. 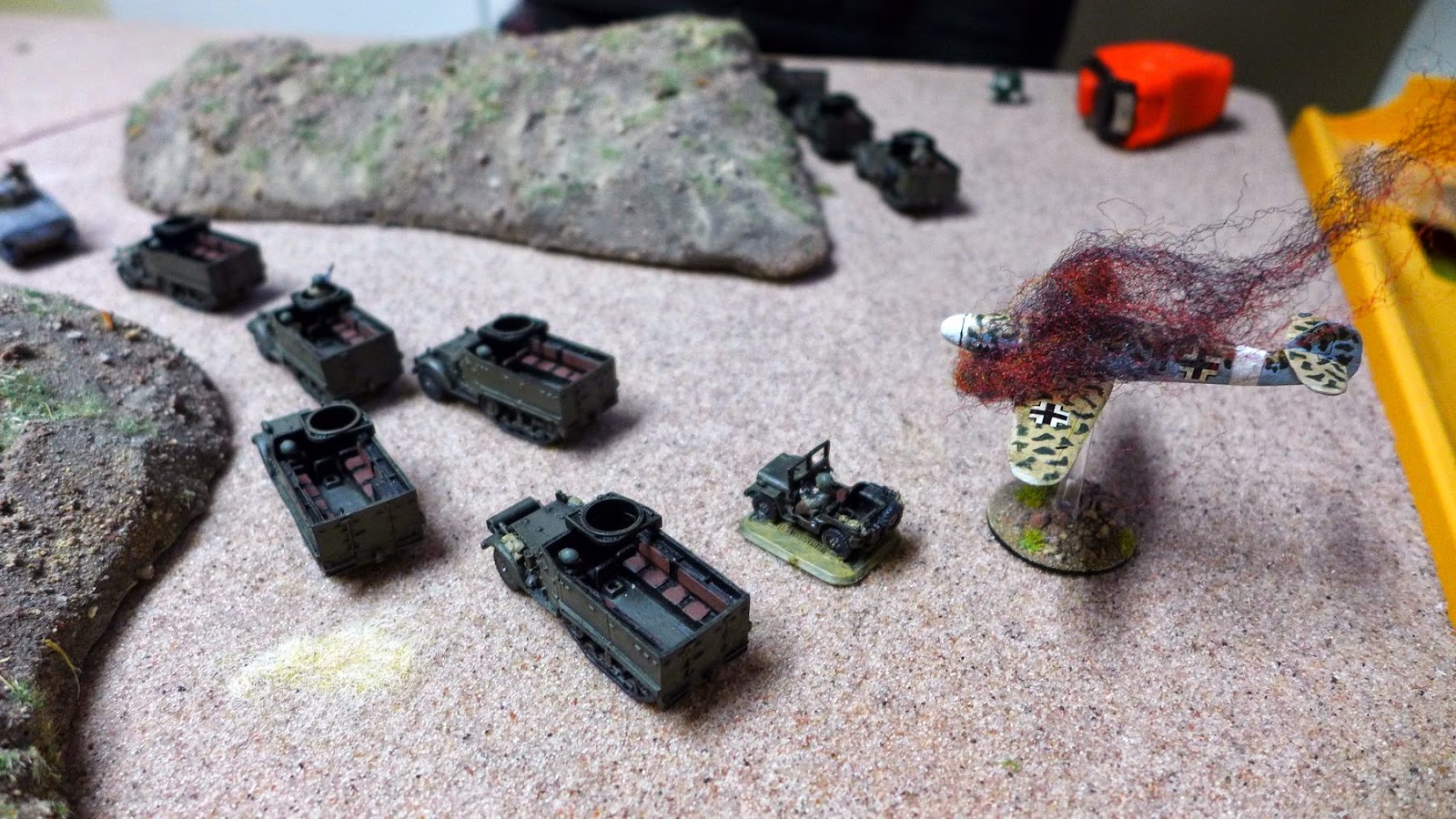 The air plane didn´t make it, a risky plan that didn´t succeed. 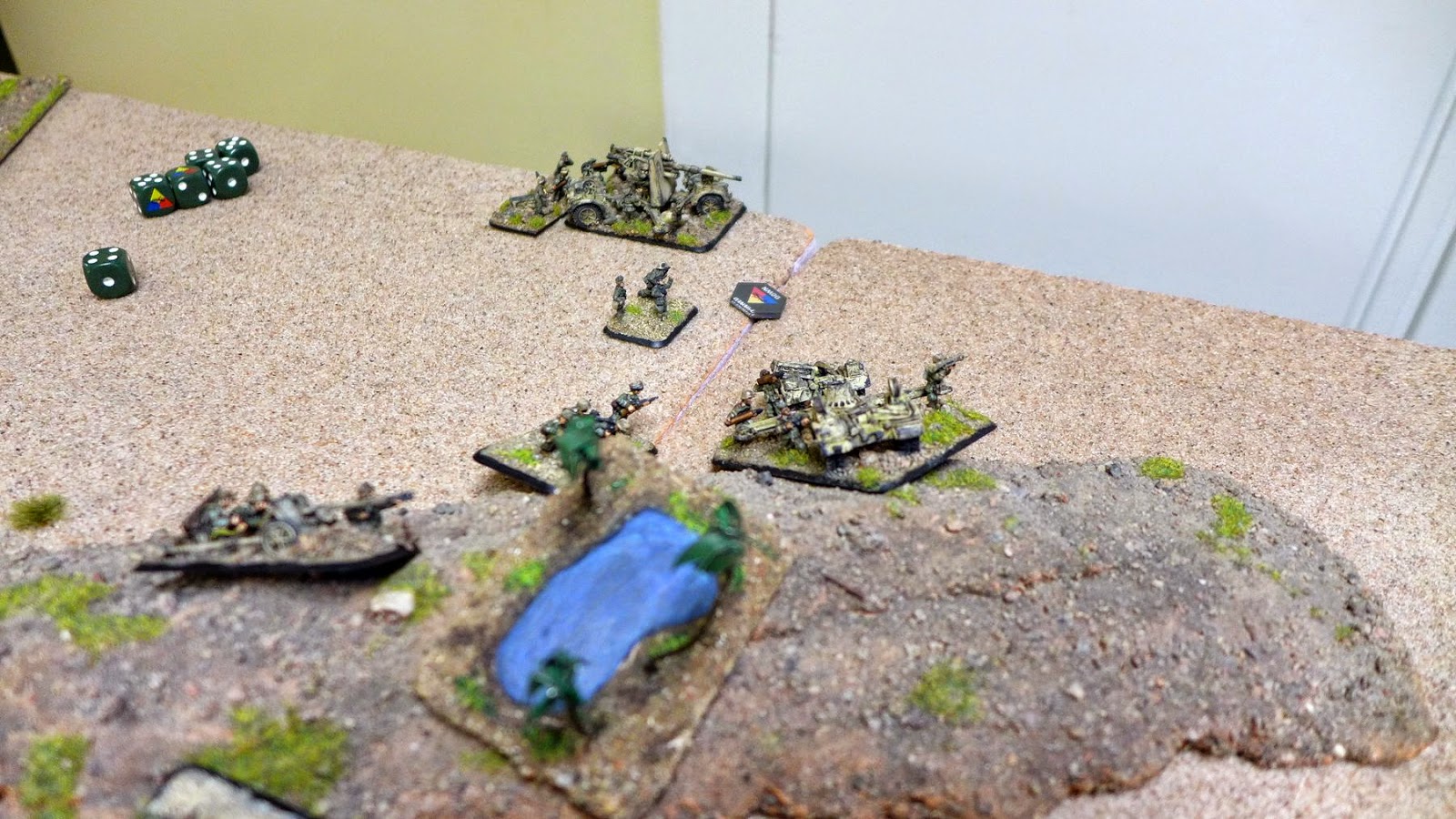 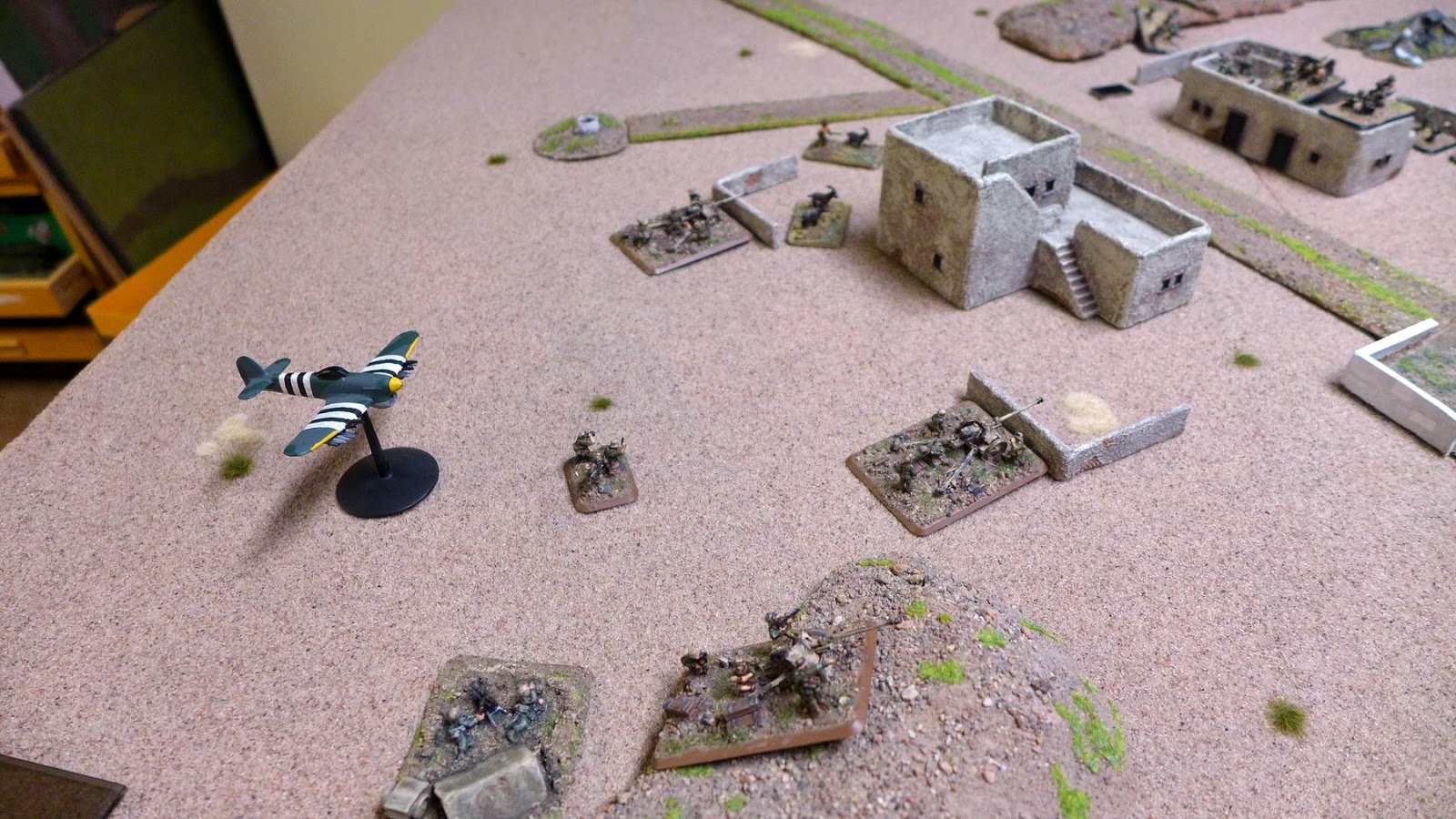 Enemy P-40 Kittyhawk... Yes, shut up it is a Kittyhawk.
My PaK40 unit have taken up fire positions. 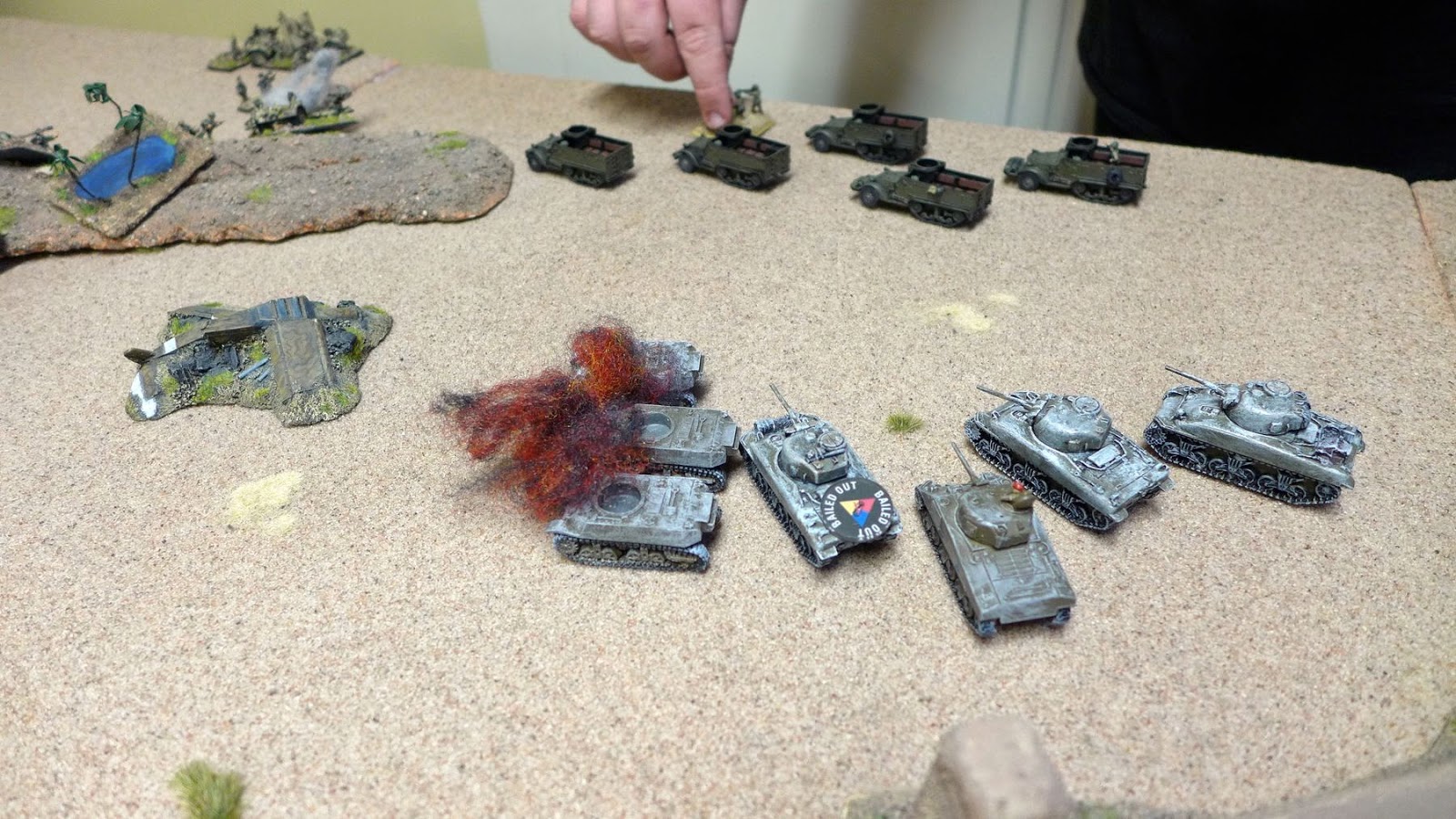 Shermans tries to take cover behind the burning wreckage. 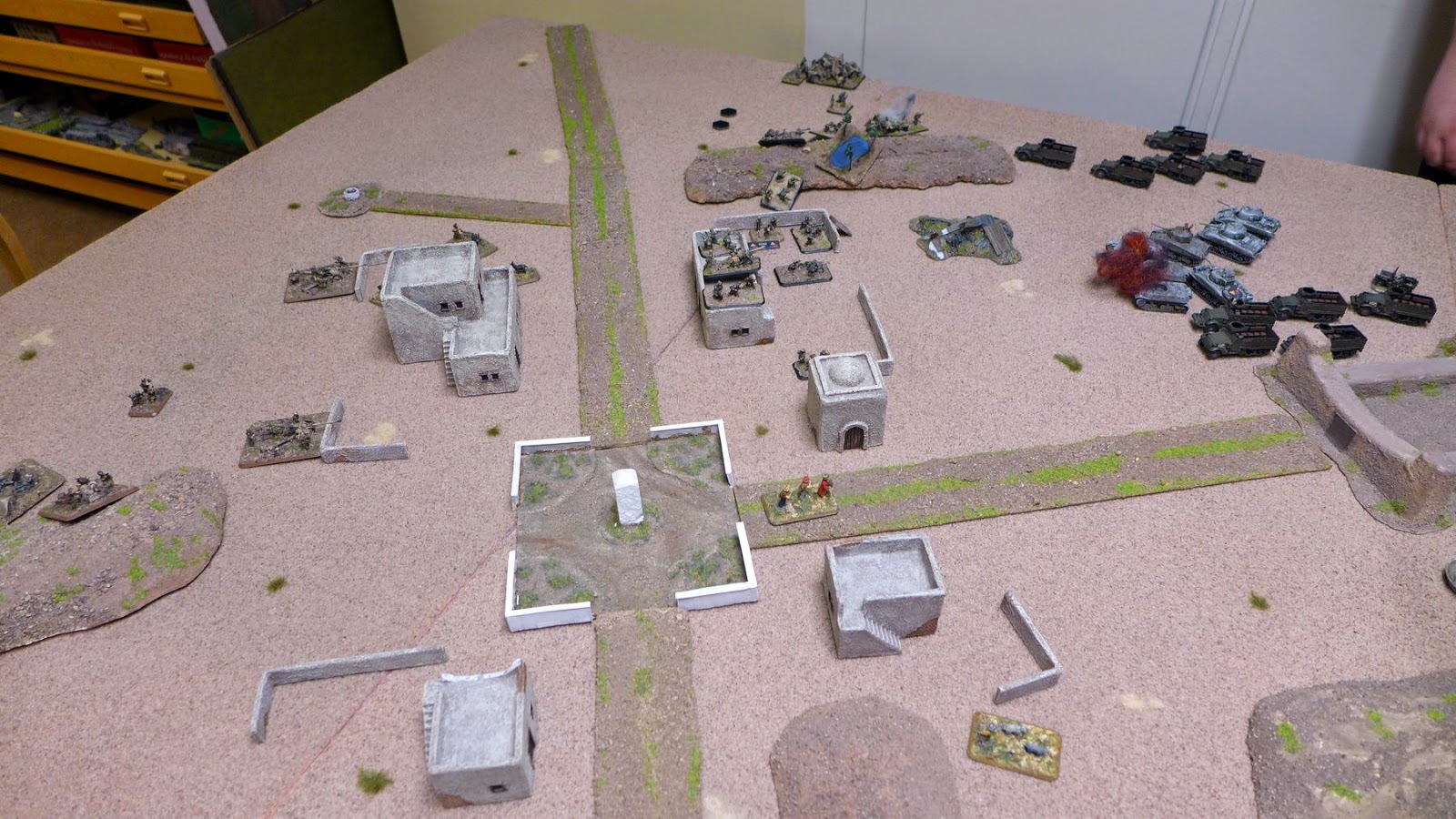 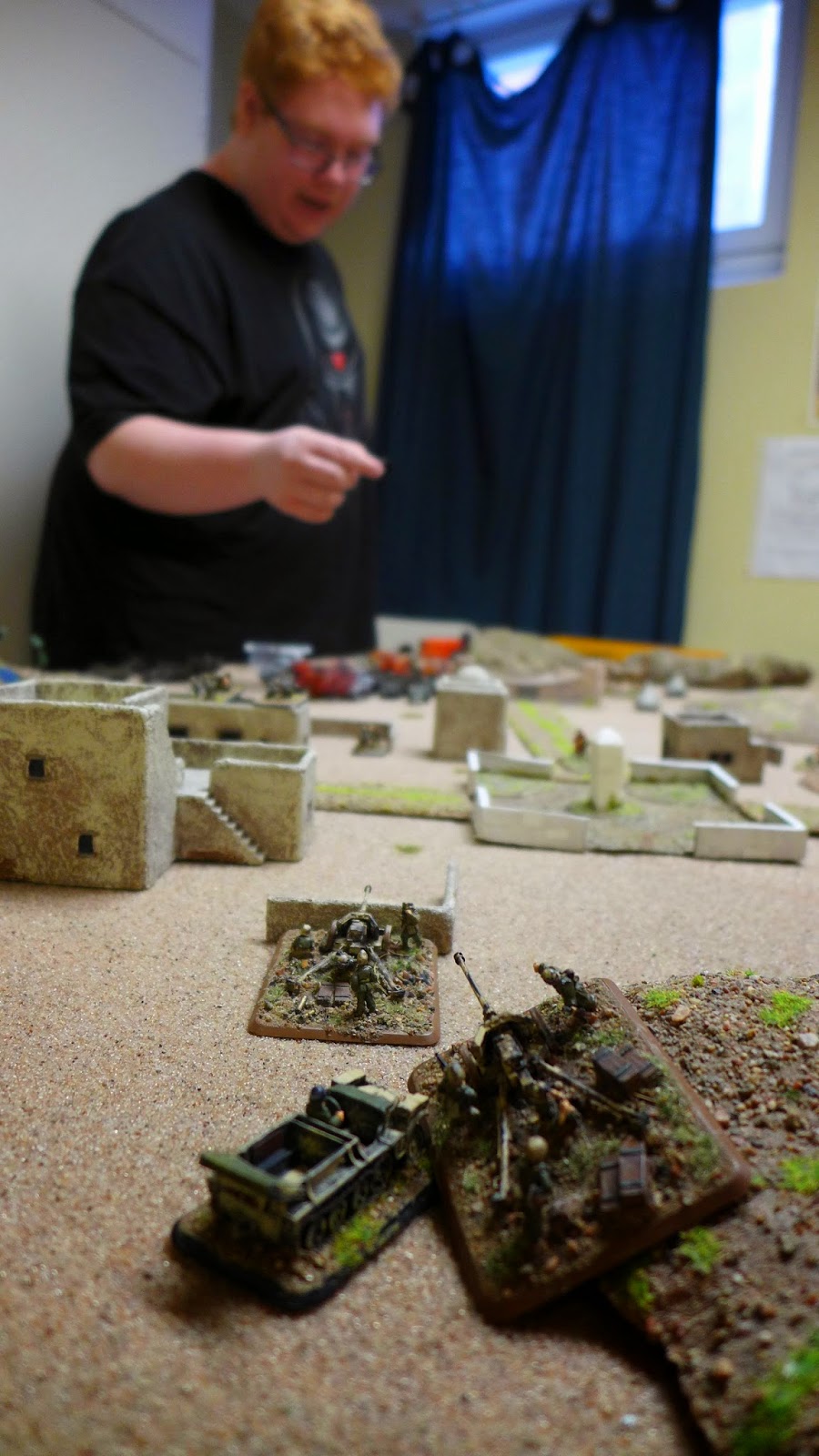 Enemy spotted.
-Try to take out the index finger. 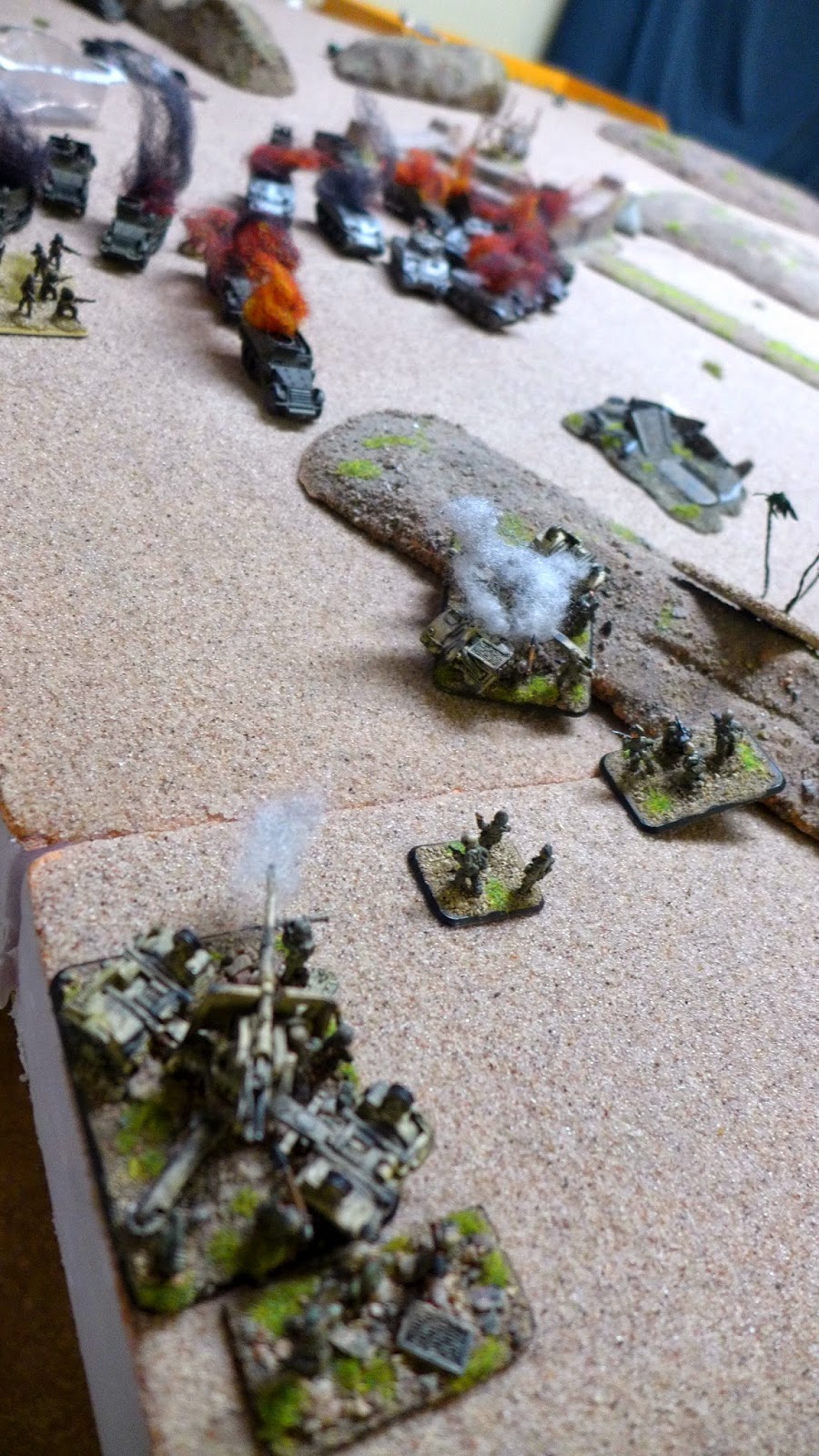 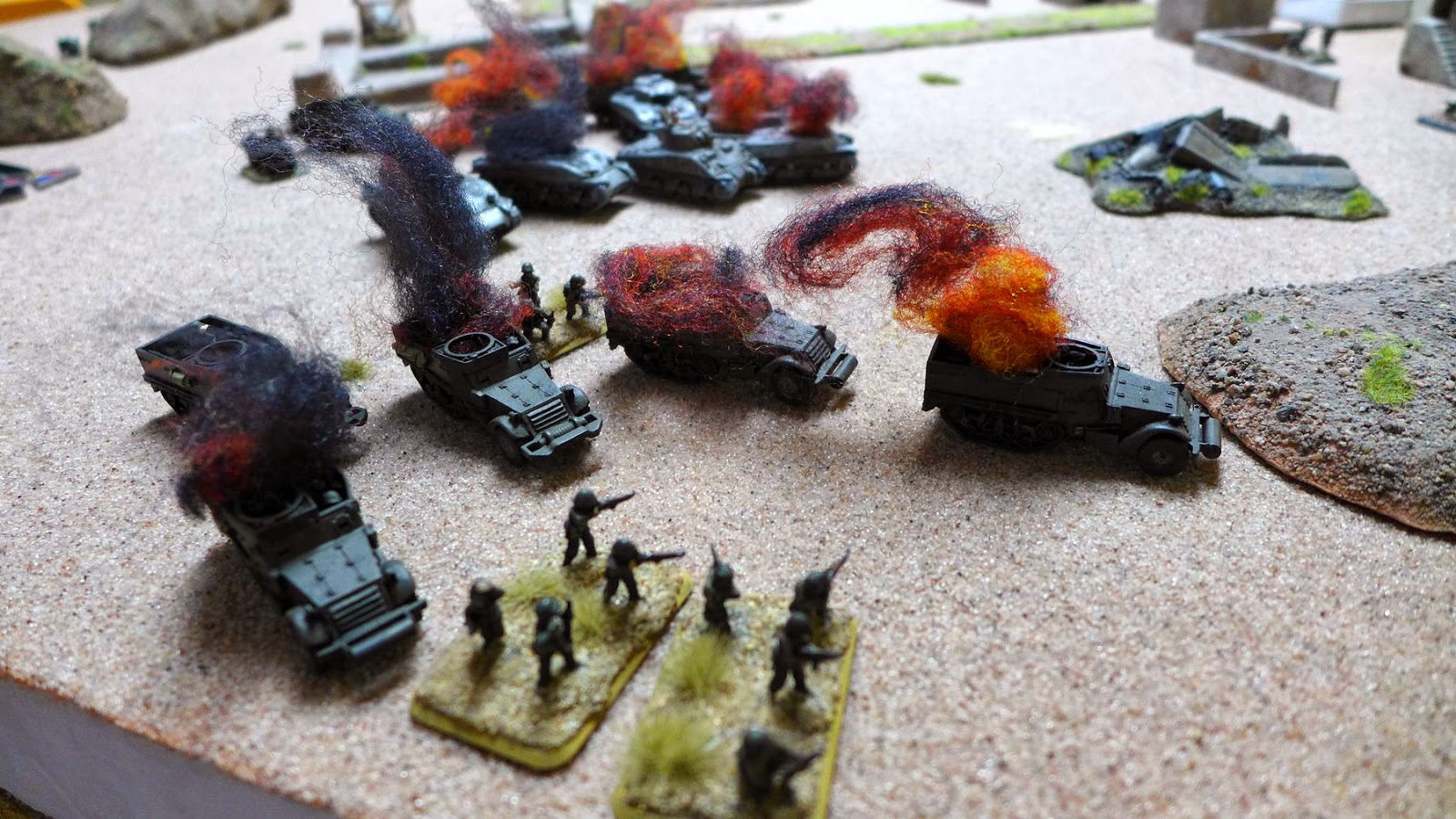 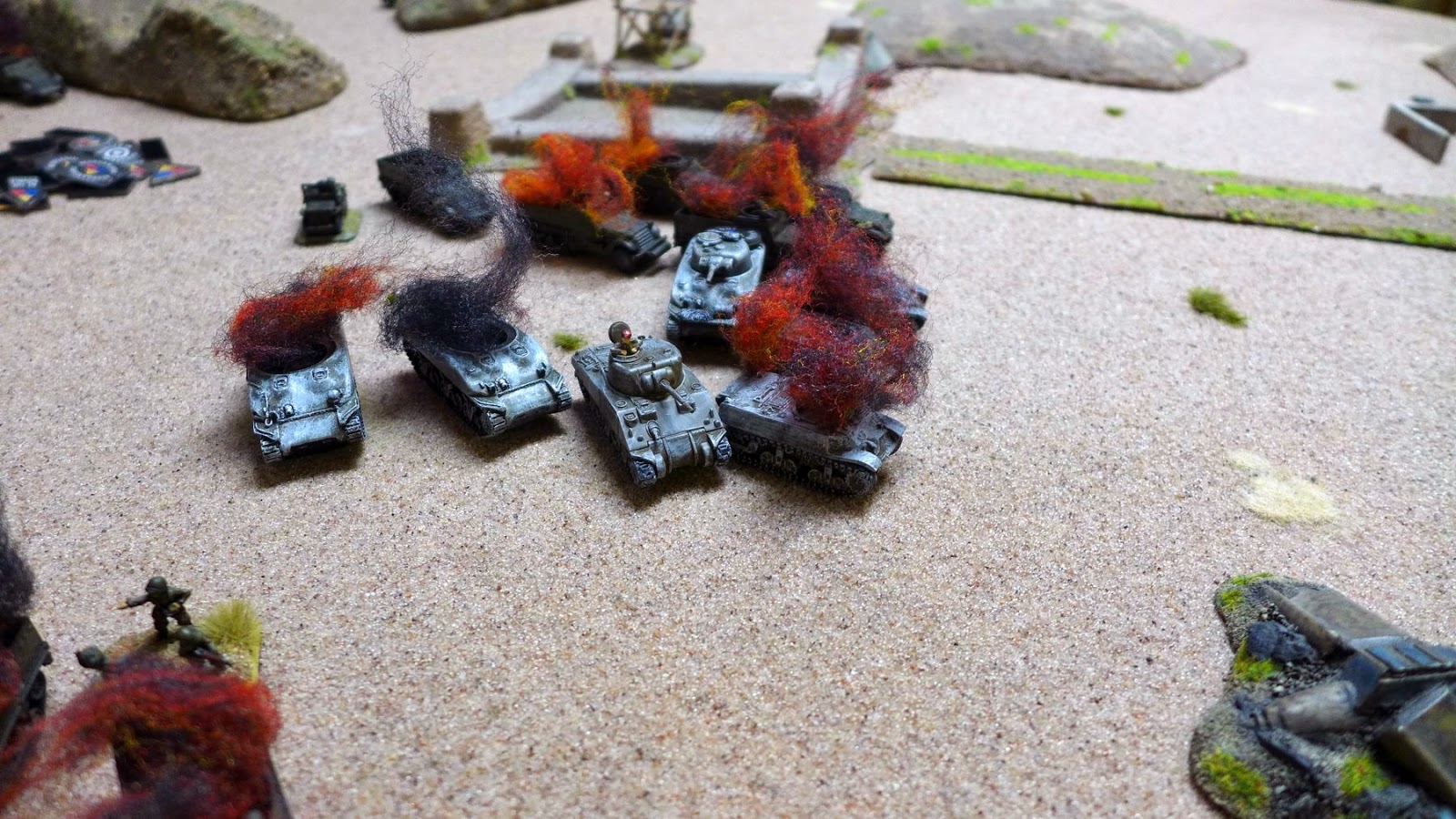 Last two Shermans are in trouble... I finished of one with PaK38 and in the confuses I stormed out of my defences and took out the last one. 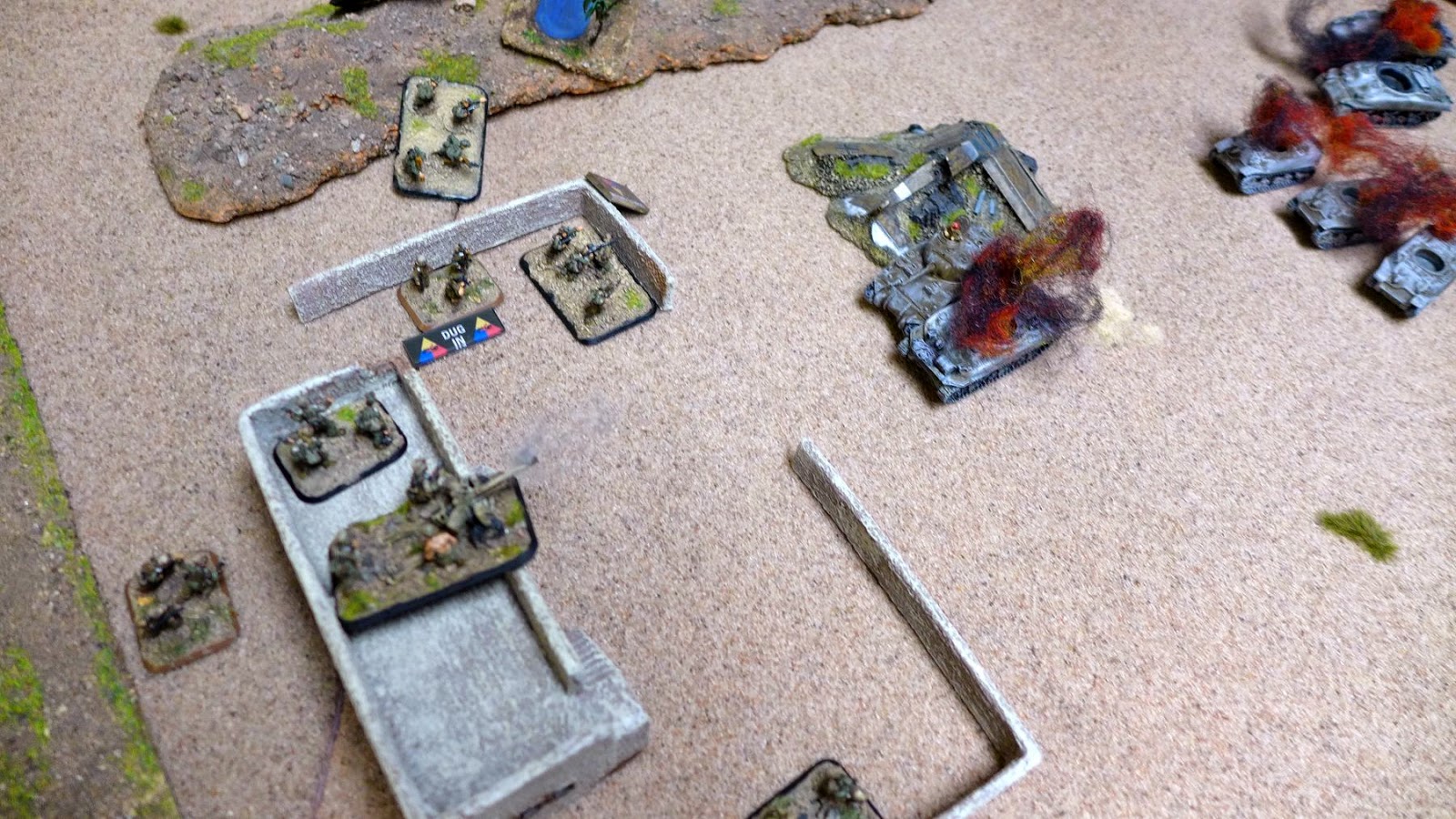 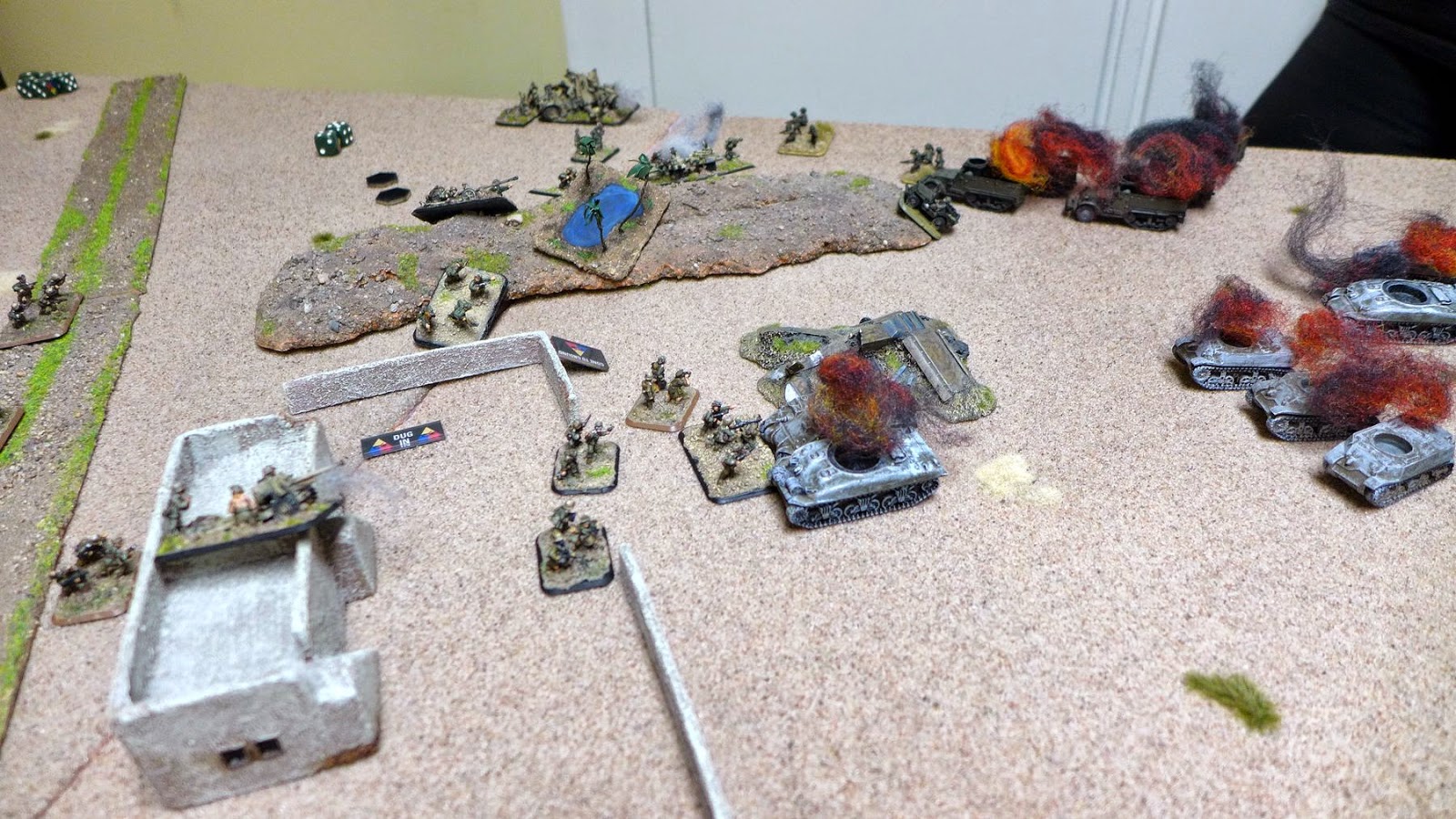 I love the smell of burning Shermans in the morning... It smells of Victory...