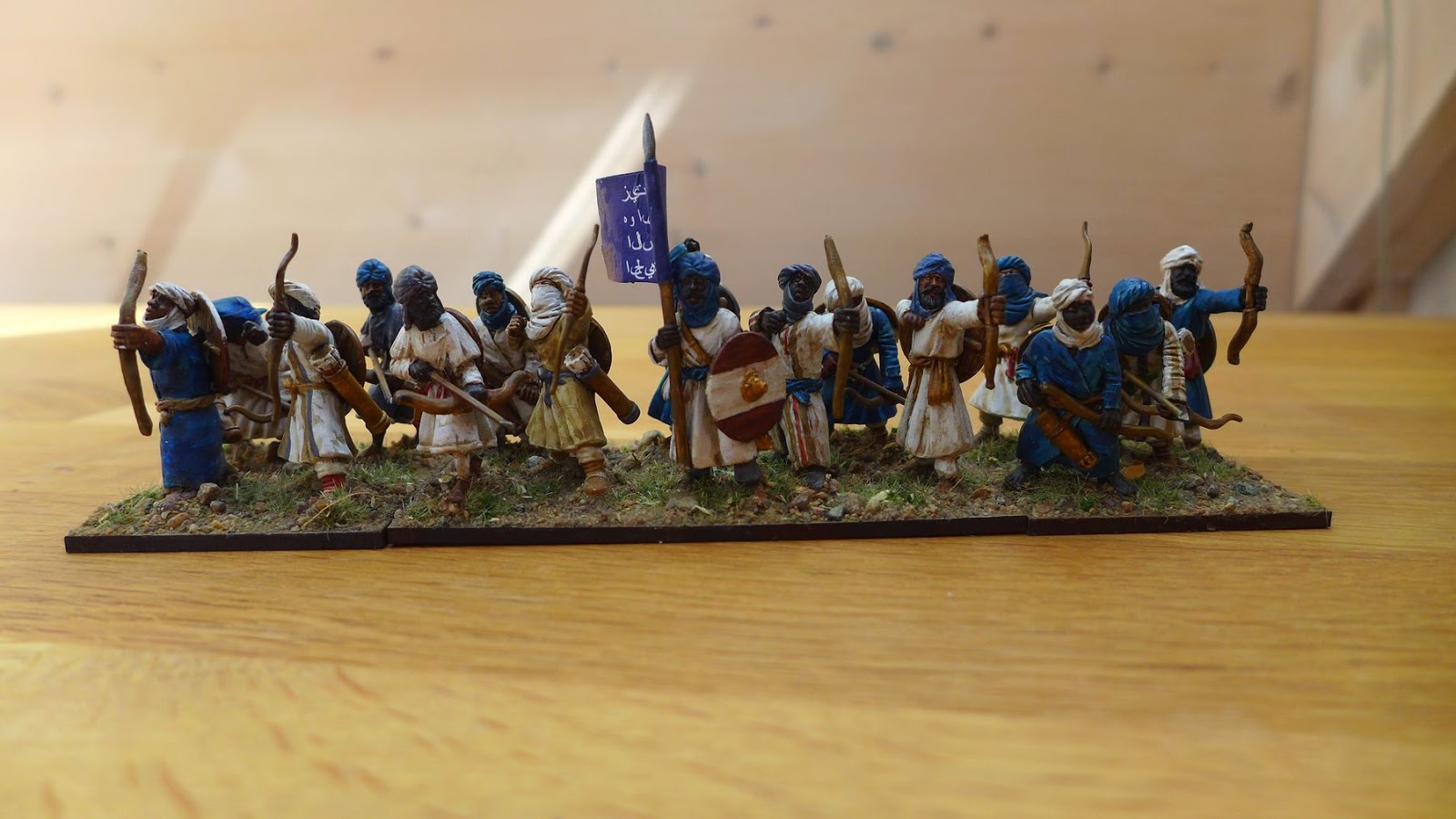 I liked my unit of light horse ( http://kampgruppe-engel.blogspot.se/2014/03/saharian-light-cavalry.html ) so much that I just had to expand on that visually striking unit.

These miniatures are meant to represent a unit of medium archers in the Hail Caesar rules. I have added shields to their back to show that they are a little heavier then there light unit counterpart.

The miniature them selves are a mixture of Gripping Beast new plastic arabs, Gripping beast metal miniatures and some miniatures from Magister Militum and I really like the feeling of the mixture of miniatures. 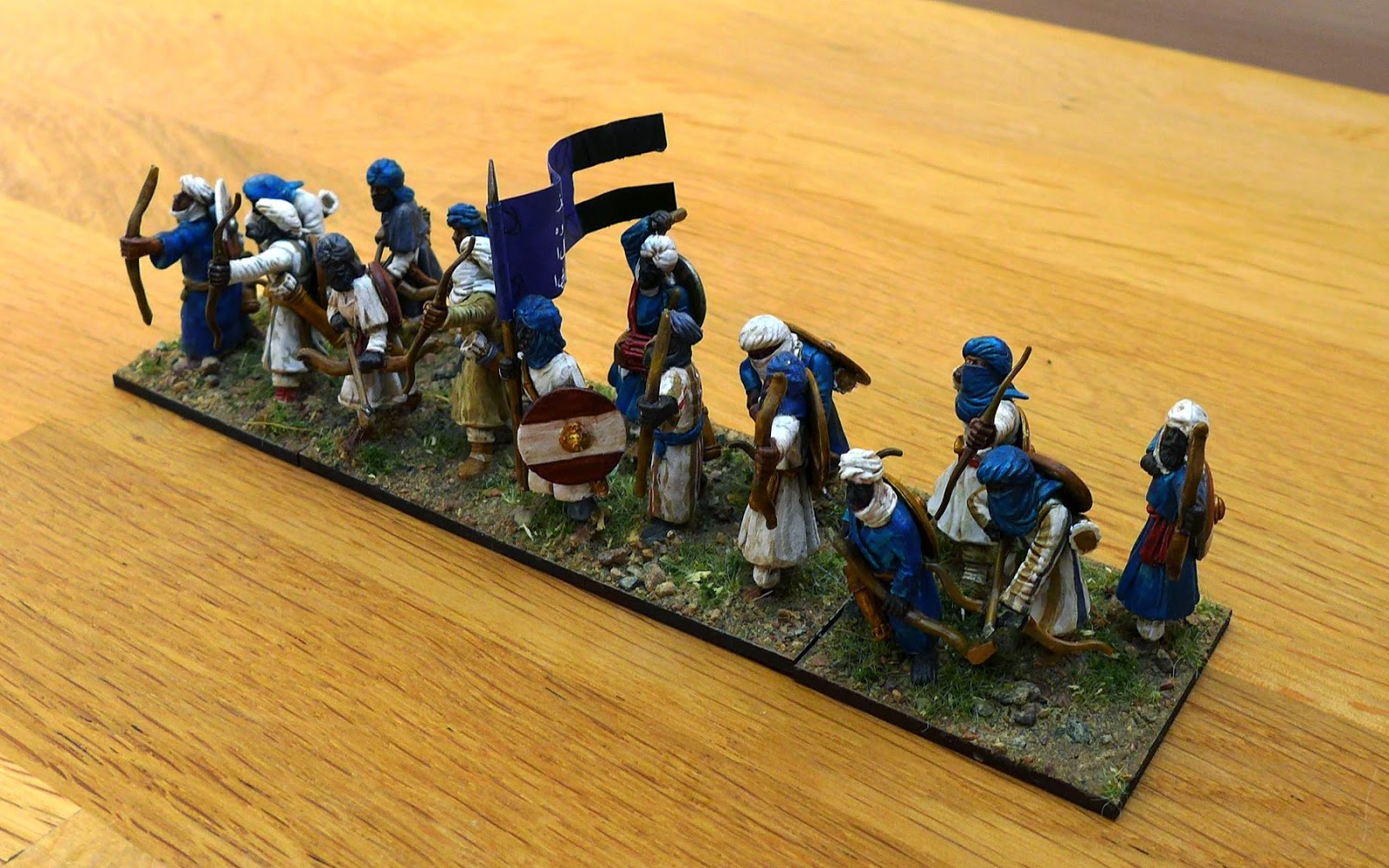 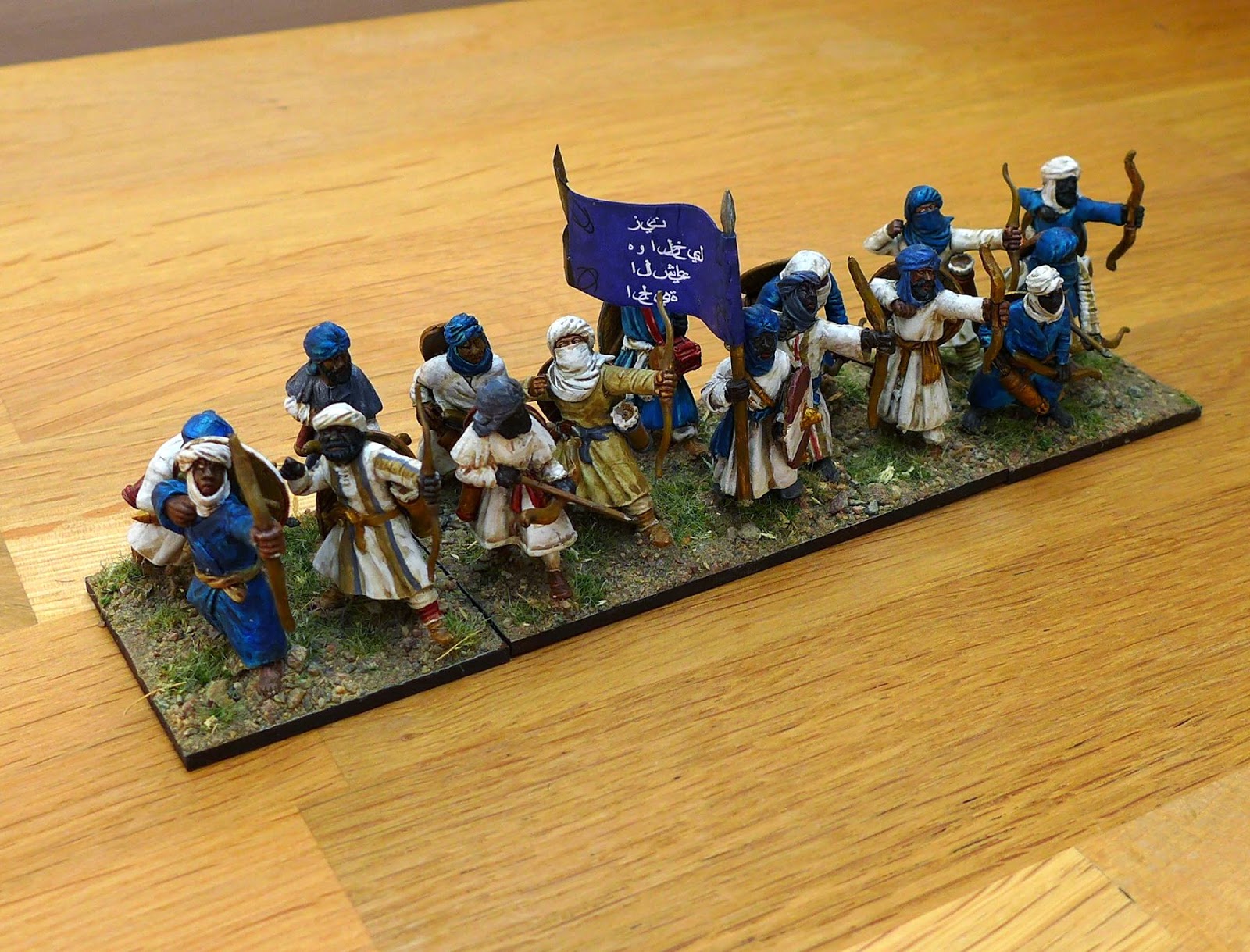 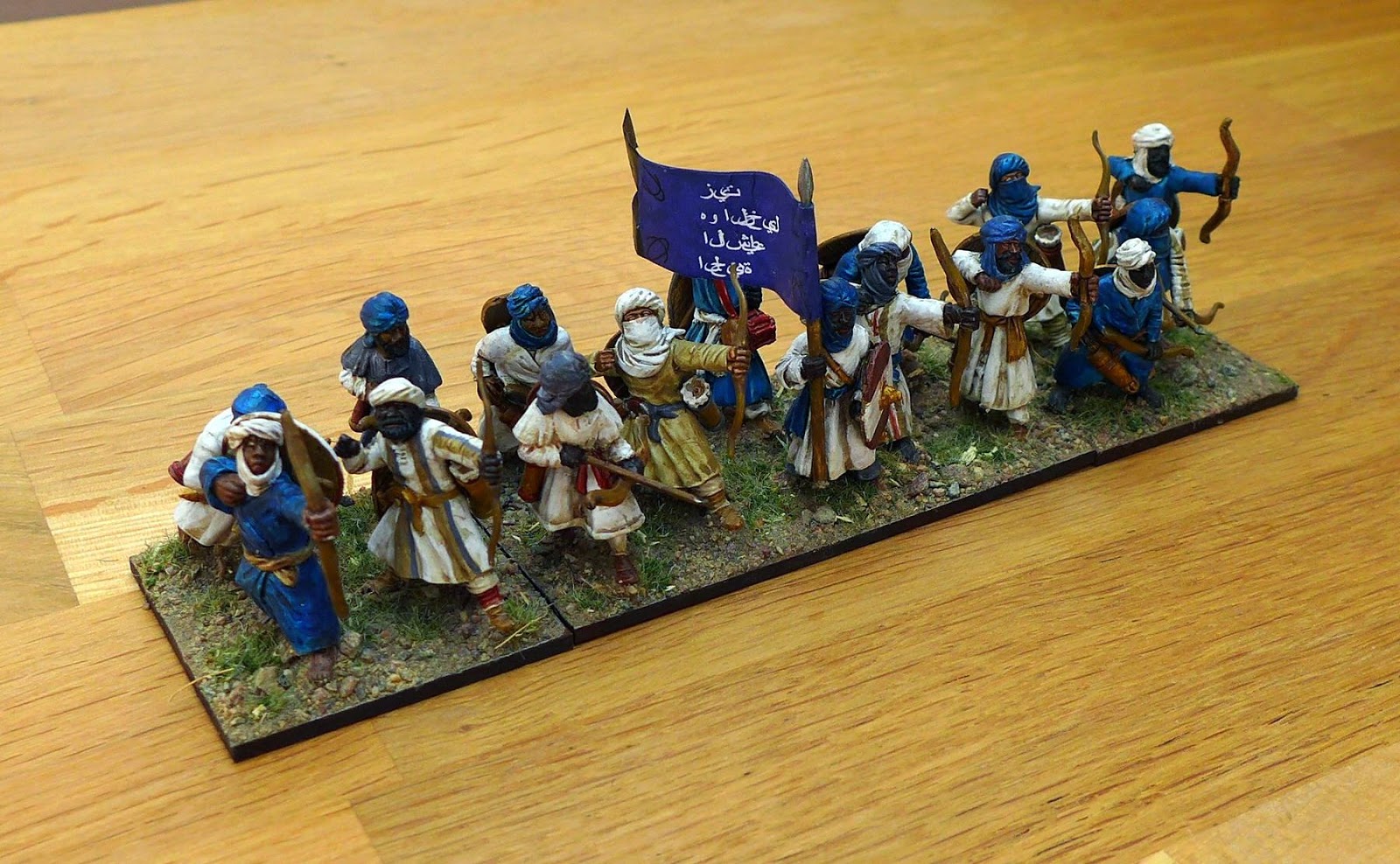 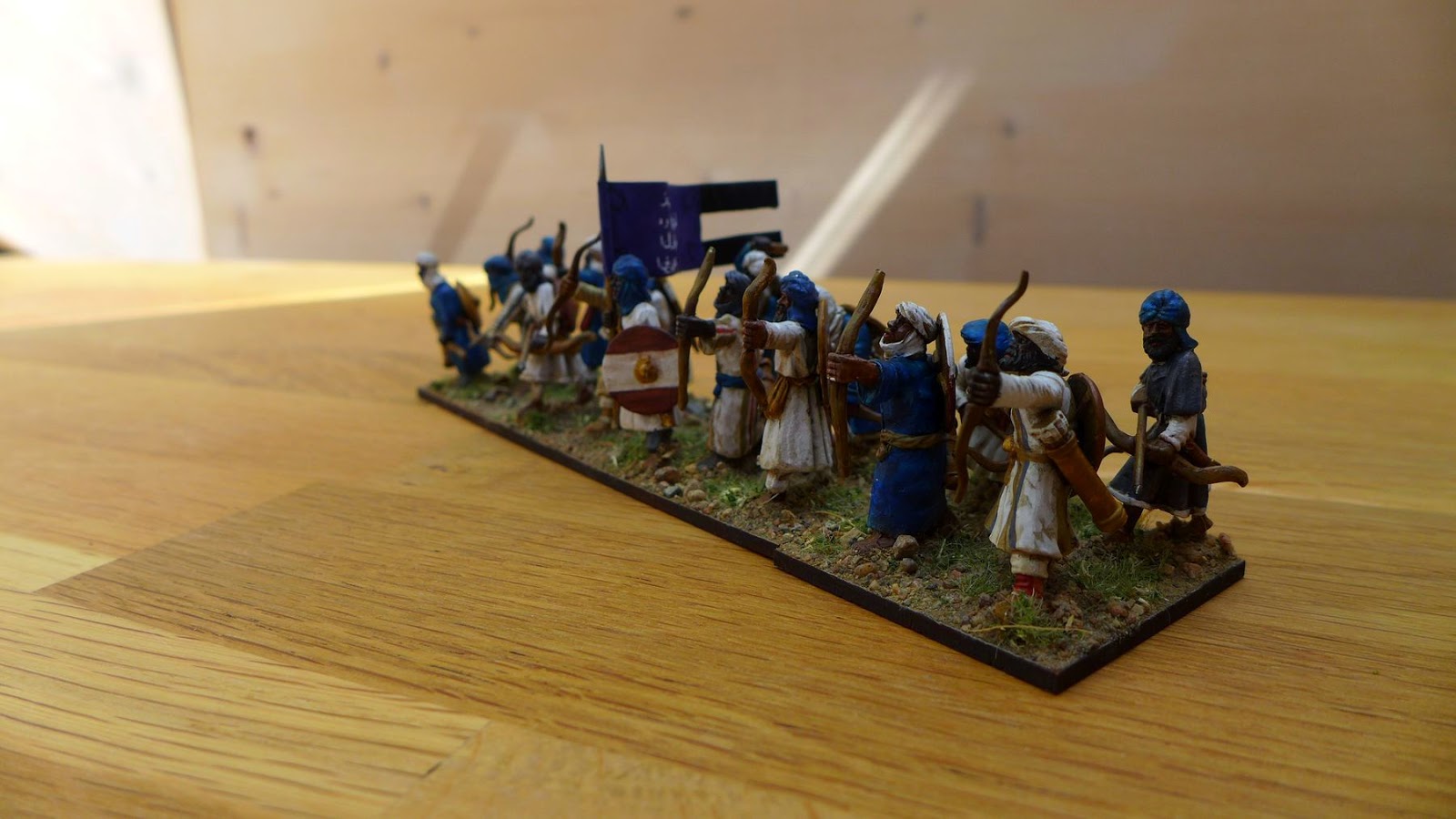 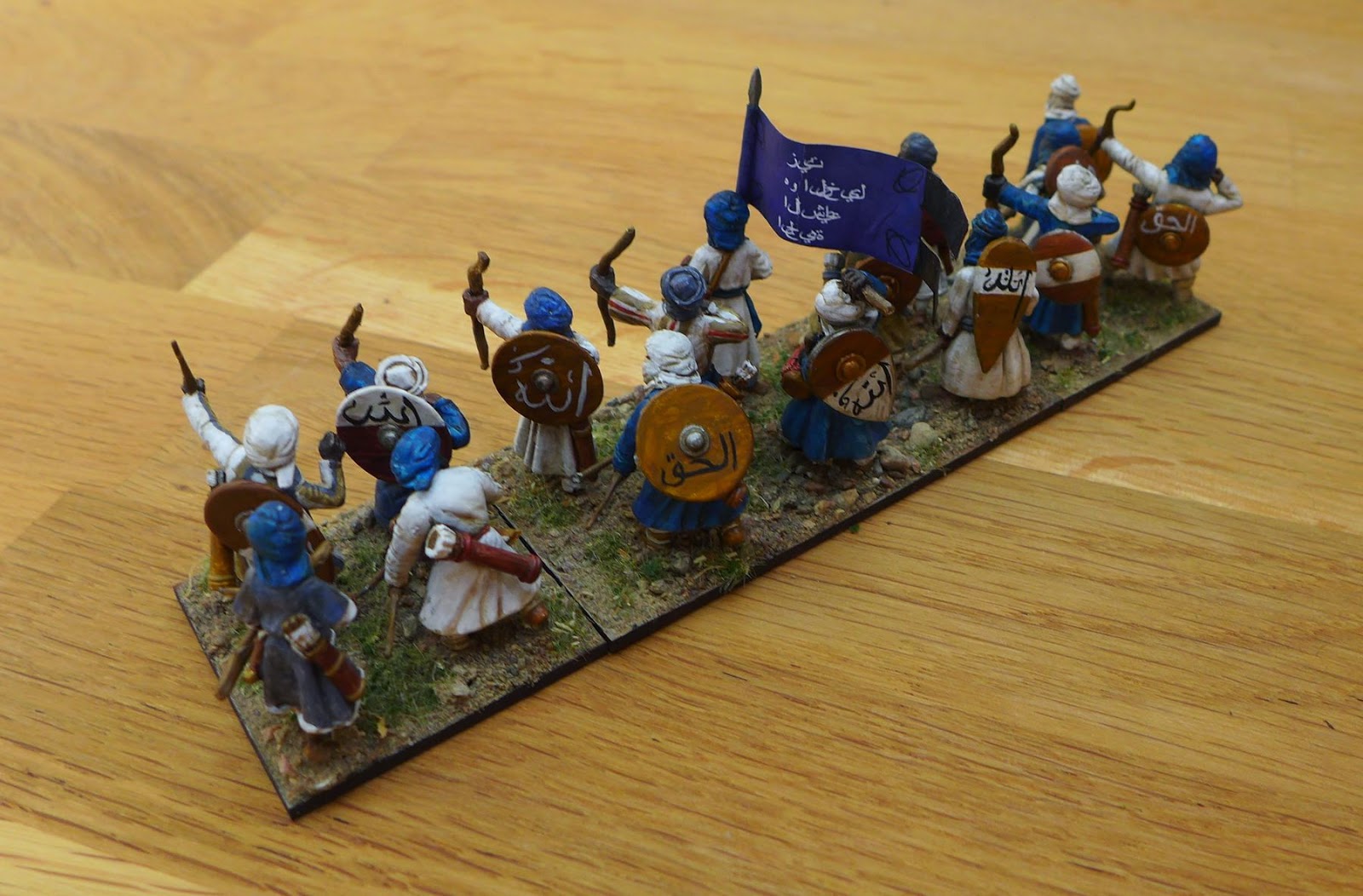 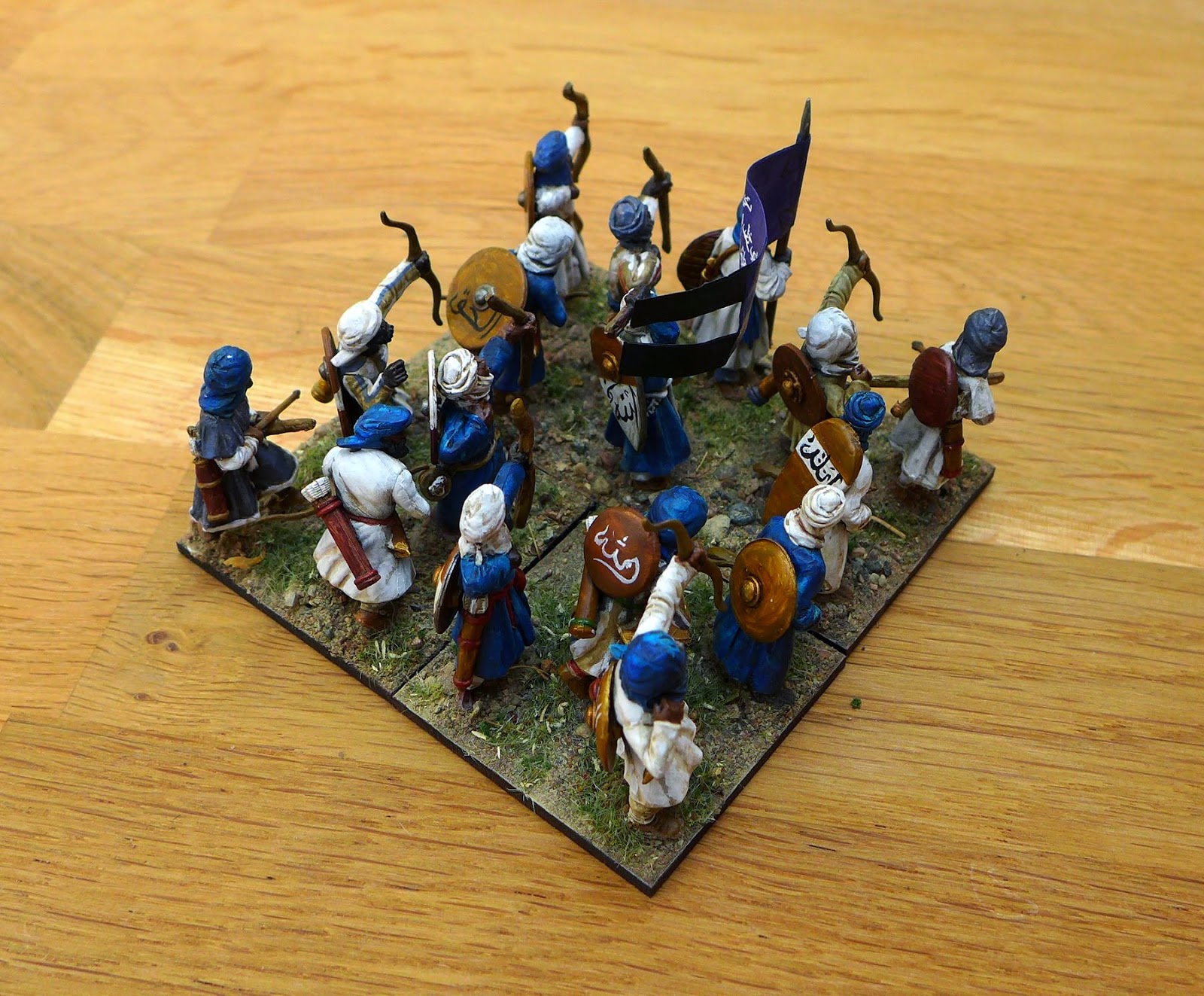 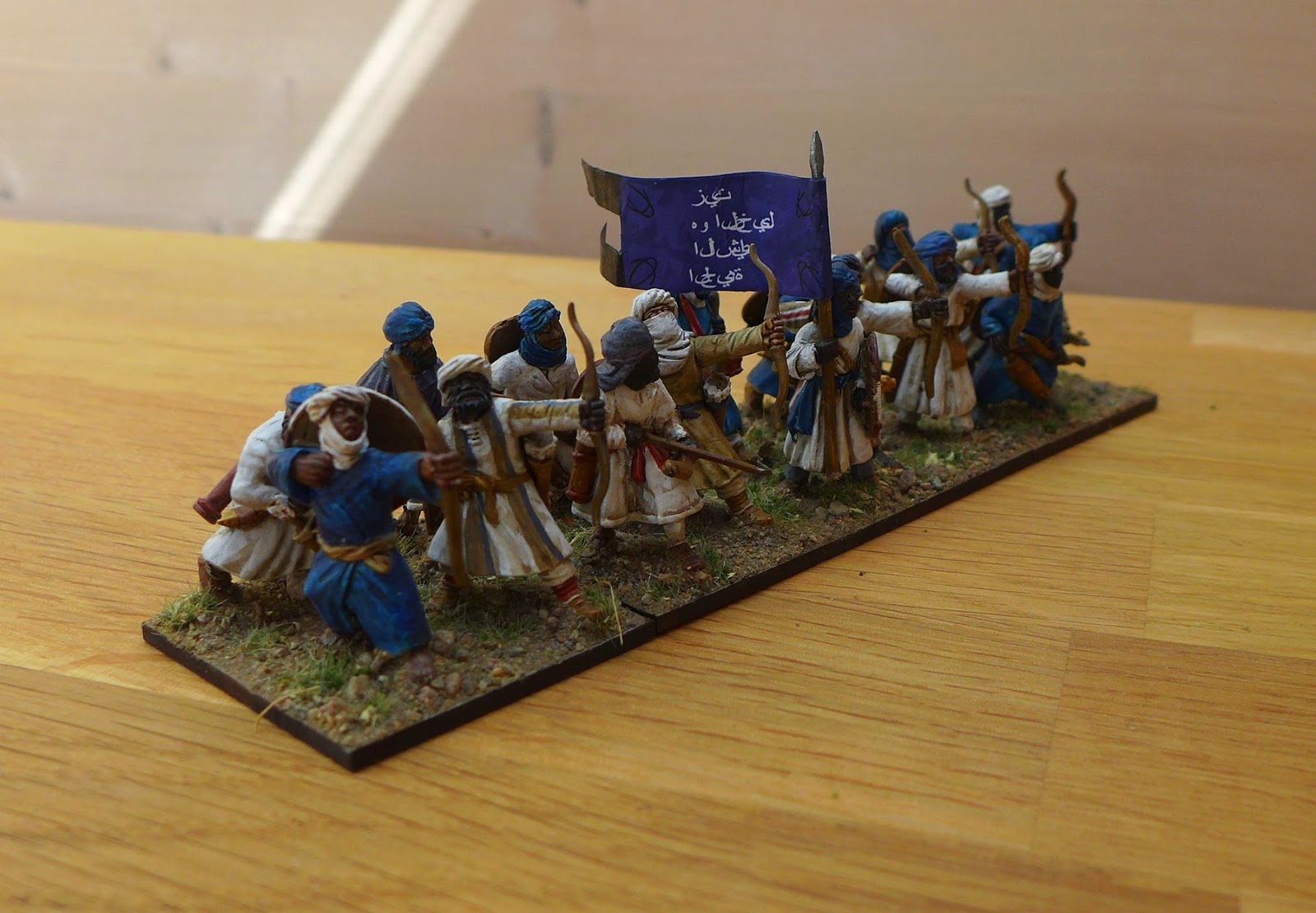 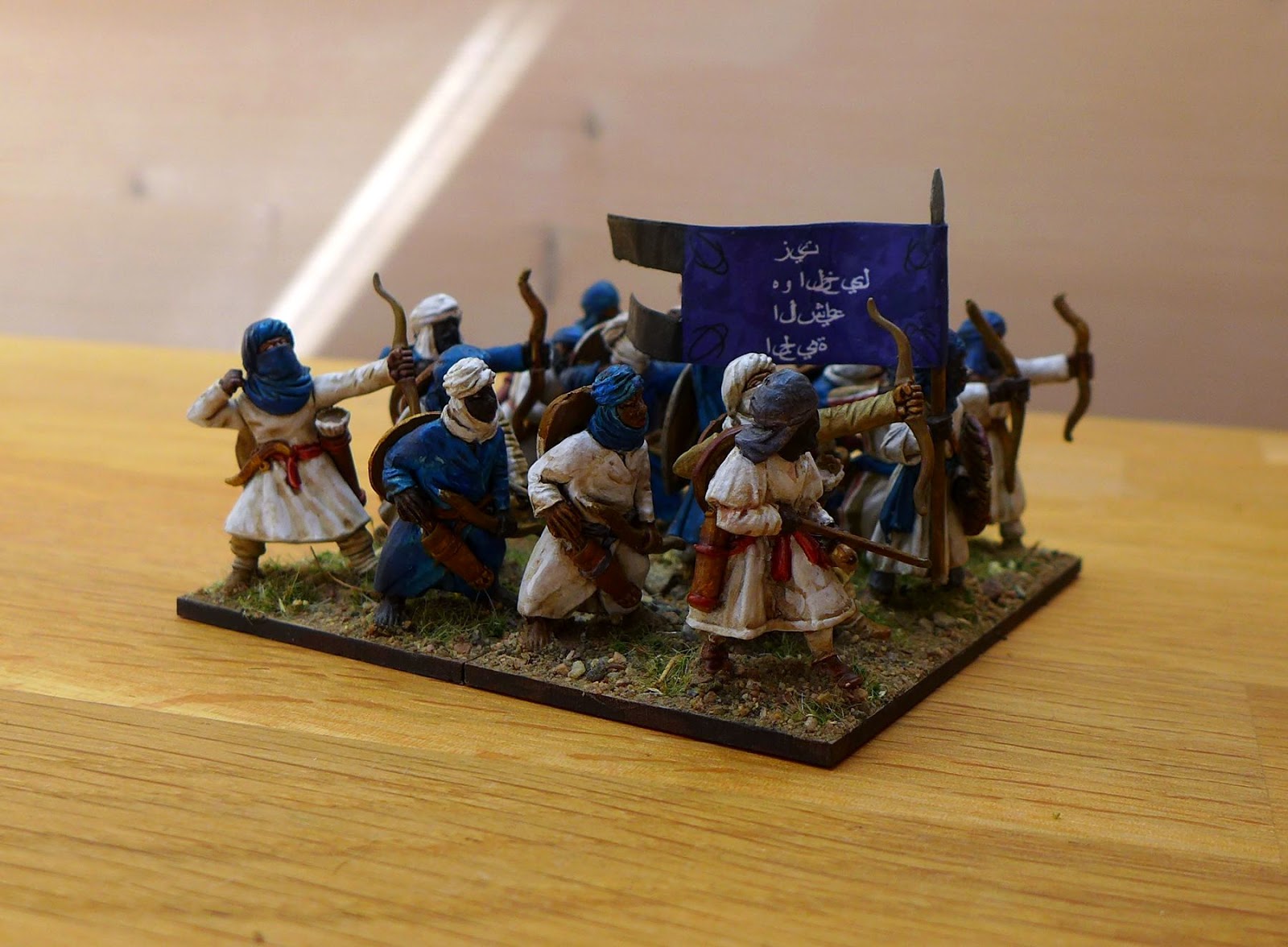 What I cant understand is why not Magister Militum have better pictures of their miniature on their site.
I really liked these archers but it was a little of a gamble to order from them as I didn´t know how they would look like and how they would fit in.
If I had known what they had looked like earlier I would have ordered more miniatures for my Saracen project from them earlier so its really their loss...
It was the excellent miniature comparison post at http://chicagoterrainfactory.wordpress.com/2011/06/23/arab-figure-compareson/ that made me finaly get some of MMs miniatures, they looked good there.

The banner is self made using Google Translate for the arabic writing, but I noticed when I took these pictures that I have centered the text wrong on the banner as arabic is written from right to left... Next unit will have a more correct writing.
I will leave this as a funny thing on this unit and to see of others will notice it.
at 5/22/2014 12:37:00 pm