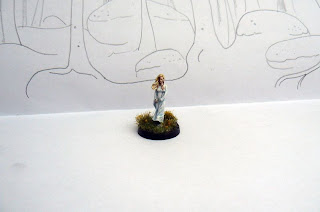 One of my all time favorite painter John Bauer illustrated a farytale written by Helge Kjellin named
"Sagan om älgtjuren Skutt och lilla prinsessan Tuvstarr" and it would be translated to something like "The Fairytale of the moose bull Skutt (leap or jumper) and the little princess Tuvstarr.

The little princess has broken free from the forest lake and is all grown up now... 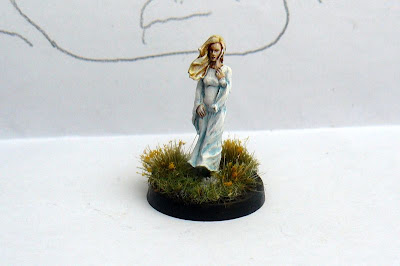 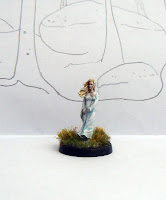 For the painting I went with really bright color tones and lots of white highlight. This was much harder then I first had expected.
For the base I went with regular sand covered a brown color that faded to white where she stands, this dont show up that much on the pictures Im afraid. For the flock on the base I used Swamp tuff and then added some of my own "magical flock" (Tomogui, I know you want some...). I also added some yellow "flowers" to make it look like the flower that her name comes from in Swedish. http://en.wikipedia.org/wiki/Carex_cespitosa

The miniature itself is from Hasslefree. Damn good sculpt.


For gaming, well Im not sure. She is no fighter and her goodness is hard to give a rule that is useful for a tabletop.
Maybe other creatures are lured and attracted to her for her goodness and could be used to move enemy miniatures.
This would lead to that the enemy miniatures will chase after her and she will be in need of protection just as in the fairytale...
Maybe she could be used as a special objective.

Now I just need to find a nice and really big moose bull to protect her...


And here are some reference pictures by John Bauer from the fairytail. 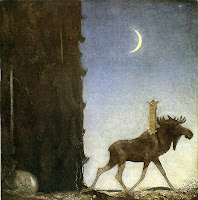 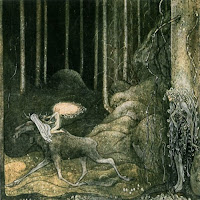 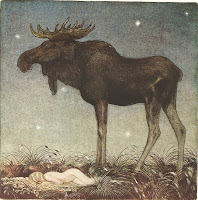 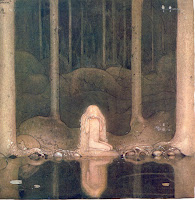 DAK – Earliest Panzers in the desert.


These tanks I painted previously but they deserved some better pictures and a proper post here.

DAK – Earliest Panzers in the desert.

The panzers are painted to look as the first panzers to arrive in Afrika after Italian near collapse following the counterattack from the British.
These panzers were originally intended to be given to the 3rd Panzer division in Russia and therefor still retained its divisional symbol and the panzer gray paint. But as the Afrika troops were scrambled to prevent a total collapse of the Italian army and nation as a whole so no time were given for a repaint.


The plan was to bolster the Italian position to make a standstill in the dessert and concentrate on other areas of conflict.
The newly appointed commander of the Afrika force, Rommel had other thoughts and went on an offensive before all of his troops had even arrived instead. 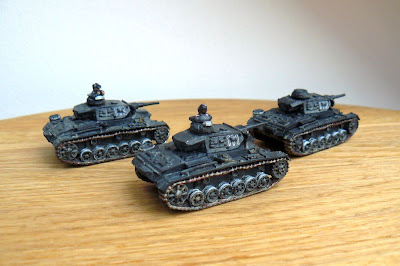 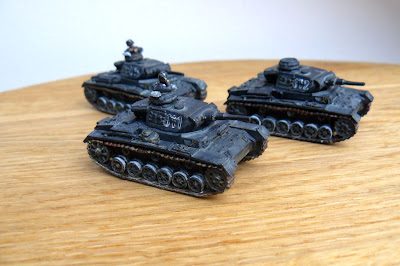 The rim on the road wheels were painted white in the intensions of preserving them from the desert sun. In reality the paint were rather quickly wearied of and filled little real usage.

The models are Panzer III G from Battlefront.


And here are some referens pictures. 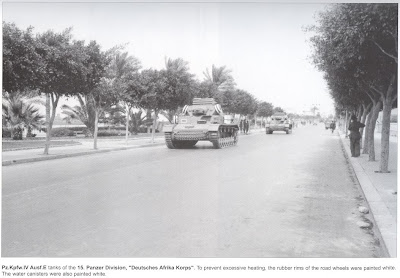 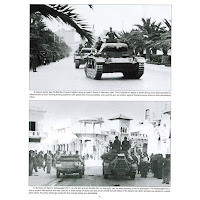 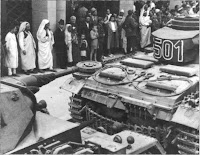