This post is my Army picture before departing to the Ajax II, Horus herasy event. 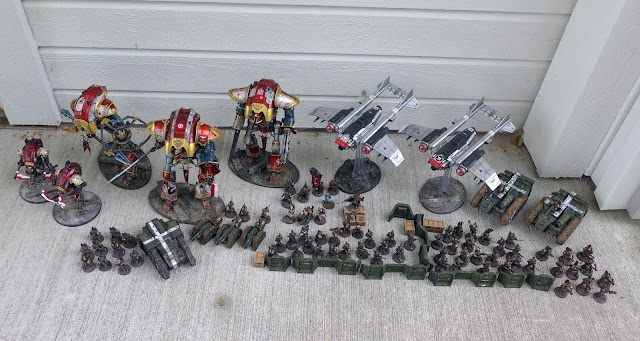 Lord Marshal Alexandr of the Noble House of Naryshkin had looked at the Beta-Amentaris 212.4 or as it is known in the common tongue the Ajax system before. Because of its vast quantities of resources, materials and trading goods that is criminally ineffectively exploited it had lured him with its potentials. The Ajax system is far from peak levels of exportation ratios of these commodities. These vast riches are just laying here for the taking. Granted, under heavy hinderance of this civil war.
When the Lord Marshal Alexandr earlier had looked at the Ajax system and pondered the possibility of engaging himself in its matter, but had become occupied elsewhere because of operations by Alpha Legion Recon Companies. This was of no concern this time and he had set his eyes on the Ajax system, its vast riches and how to secure it and ship it out of the system in large treasure Fluyts.
For this expedition the Lord Marshal Alexandr had secured a small number of the Questoris Knights from the vast numbers of the Noble House of Naryshkins knights. He had instructed a small “comittiee” of the Honourable Eastern Fringe Trading Company of the task of the groundwork and the shipping. Proper license for this operation and additional Letter of marque was secured from Holy Terra itself. The rich deposits of Cordecium 10 minerals, particular the planet of Cavorite is of extreme interest for the Eastern Fringe Trading company for its high trade value. The Noble House of Naryshkin themselves plans to secure a large quantity for use in their experimental weapons programs. The House have plans to use this in experimental heavy weapons carried by larger weapons of war. As of now, they have just smaller quantities of Cordecium 10 minerals and have used it in Atomantic imploder variants of remote Cyclop demolition units, but that is nothing Lord Marshal Alexandr plans to use at this stage. The extremely varied flora and faunas of the Ajax system is also of great interest for the Noble House. This in a total different reasoning then the mineral deposits. The House takes great pride in their large gardens and exotic private zoos. When Lord Marshal Alexandr ships home some of these exotic plants and creatures his position within the Noble House of Naryskin is surely secured. The private Magos Biologuses of the Noble House is interested in conducting experimentations of some of the creatures of the system. Besides the interesting xenos biology knowledge that can be gathered here it is thought that some of the plants of creatures can be milked or harvested for used in healing and rejuvenation treatments. This or using a deluted form of the raw Cordecium 10 mineral.
In this first phase of the House of Naryshkins enterprise into the Ajax system was to link up with allied forces, present itself in highest manner and with a heavy force secure quick gains of materials and luxuries goods as other allied forces are more concerned with the strategic of the overall war. Thus, making a grand entry and firmly secure for the House important goods for quick payback. As a highly schooled and gene-edited nobleman from the Noble House of Naryshkin he was totally secure he would be able to keep this duel interest both at peak performance.


The army is built mostly of things I wanted to have painted up rather then what I think is most effectively. This is because I find that painting something for an event or a game is the best motivation to get shit done. What I wanted to have painted was the larger knights and the aircrafts.
So the army is centred around them.
Click on the pictures to get a larger one.

Im really happy with the results of the shiny knights versus the dull green/brown infantry. It really shows the contrast in wealth between the noblemen and the poor soldiers on the ground. 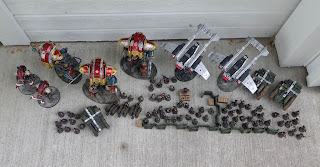 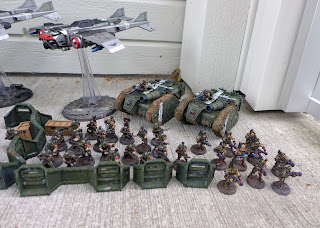 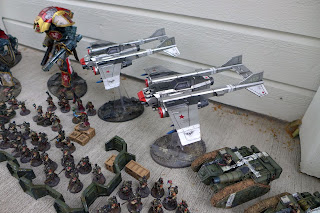 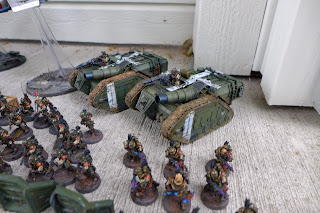 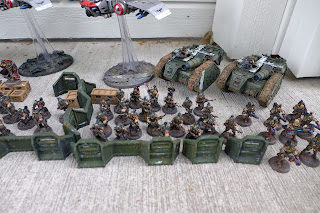 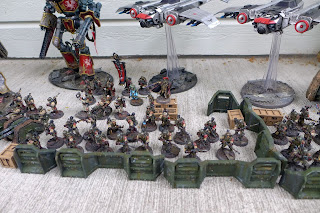 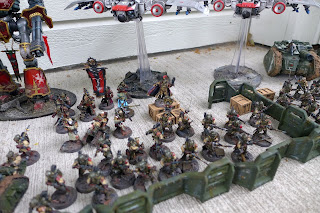 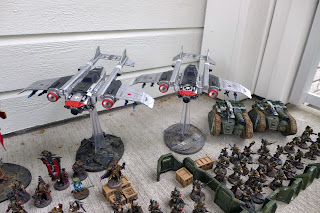 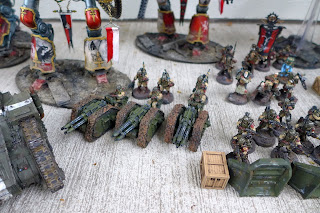 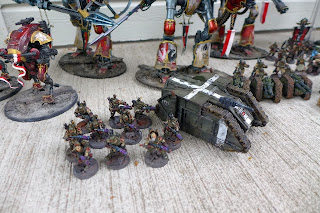 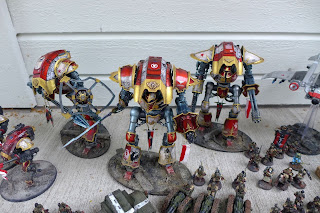 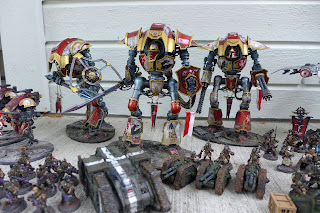 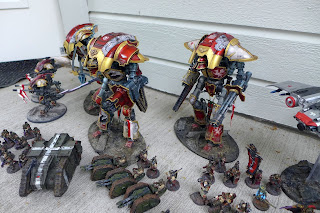 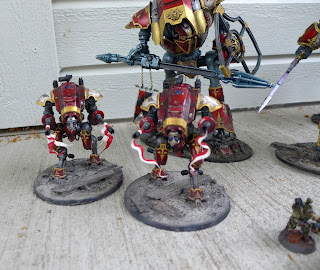 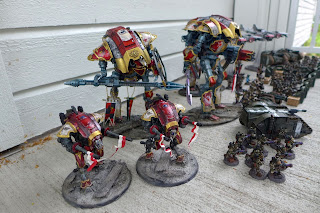 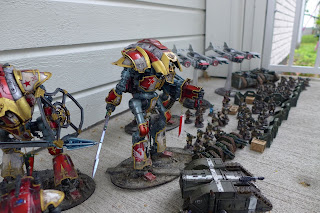 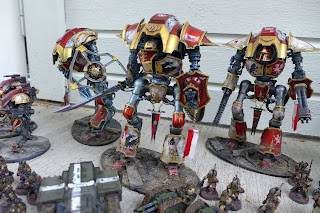 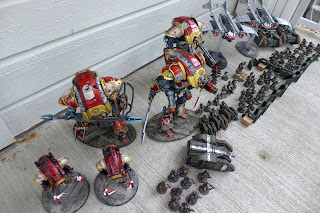 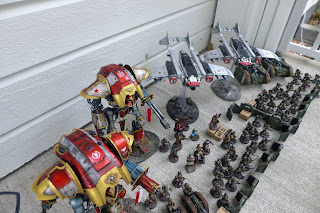 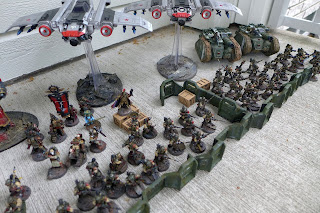 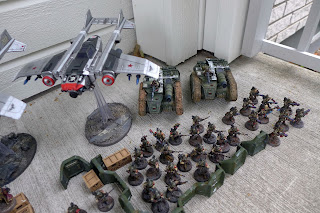