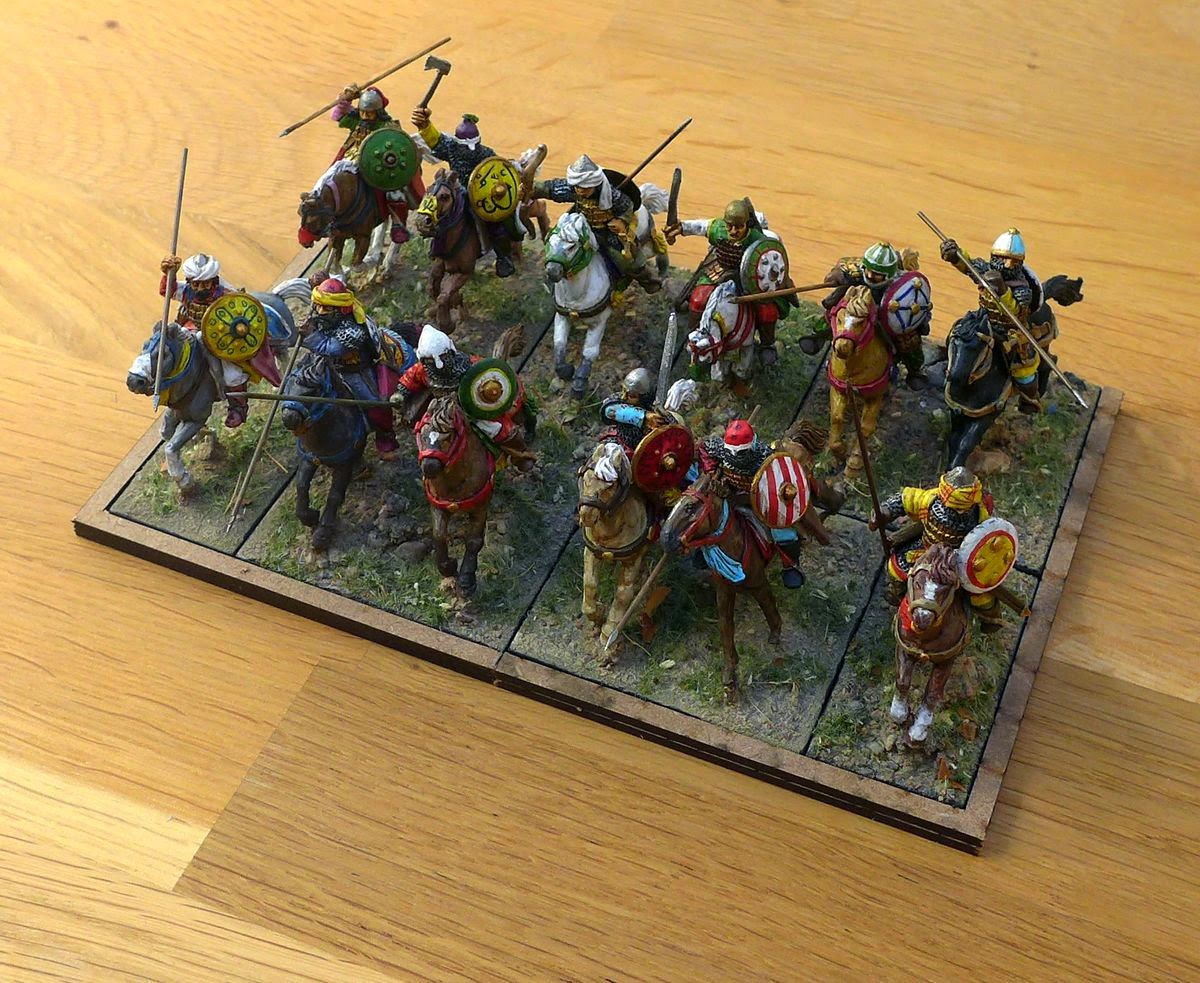 I just got these new Movement trays.

They are especially designed for me by my friend Jonathan over at the Swedish company Tiny Terrain.


These will make large movements of cavalry formations easy and is perfect for my Saracen army. 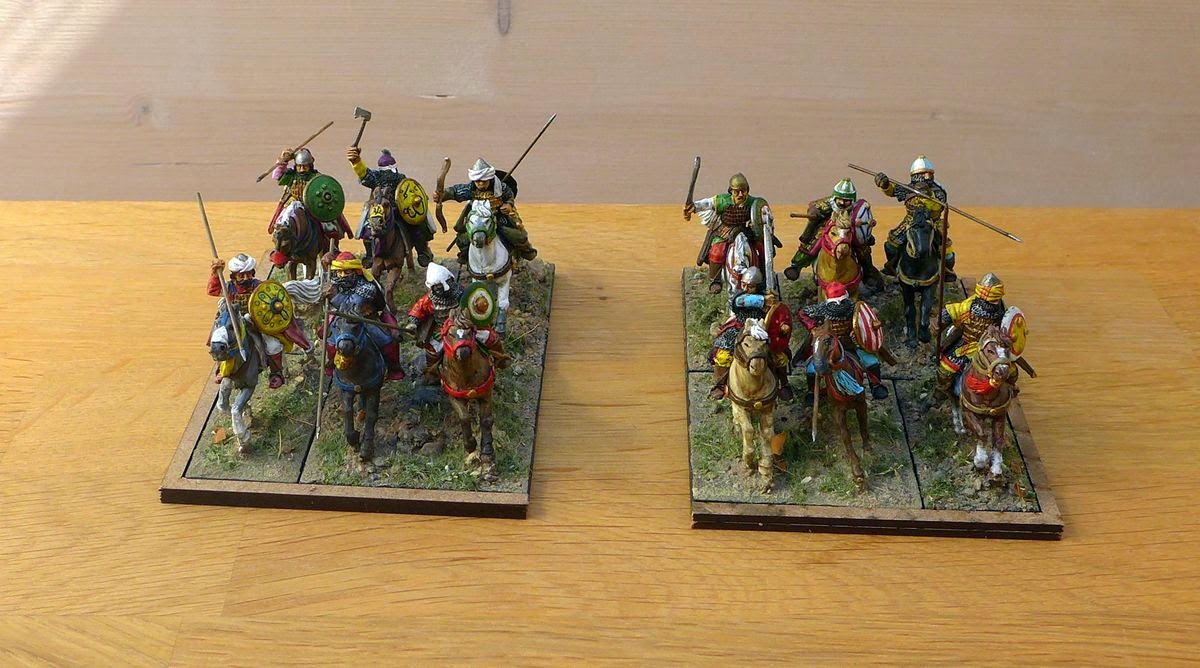 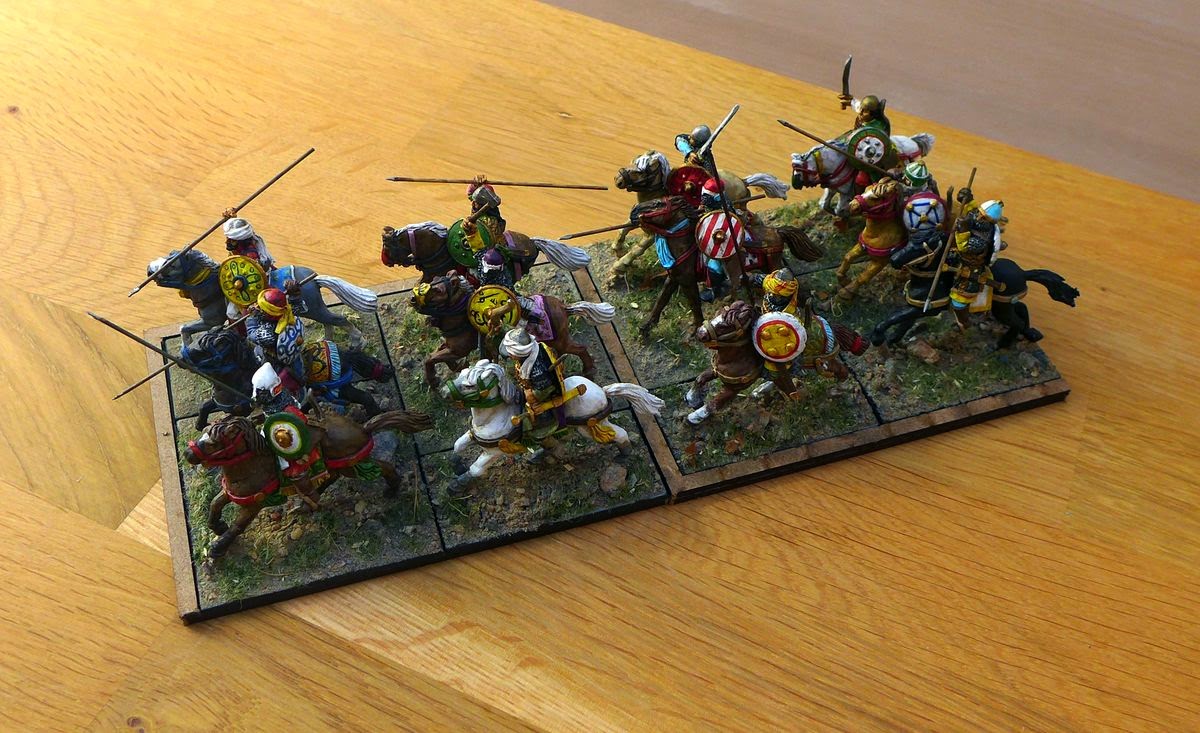 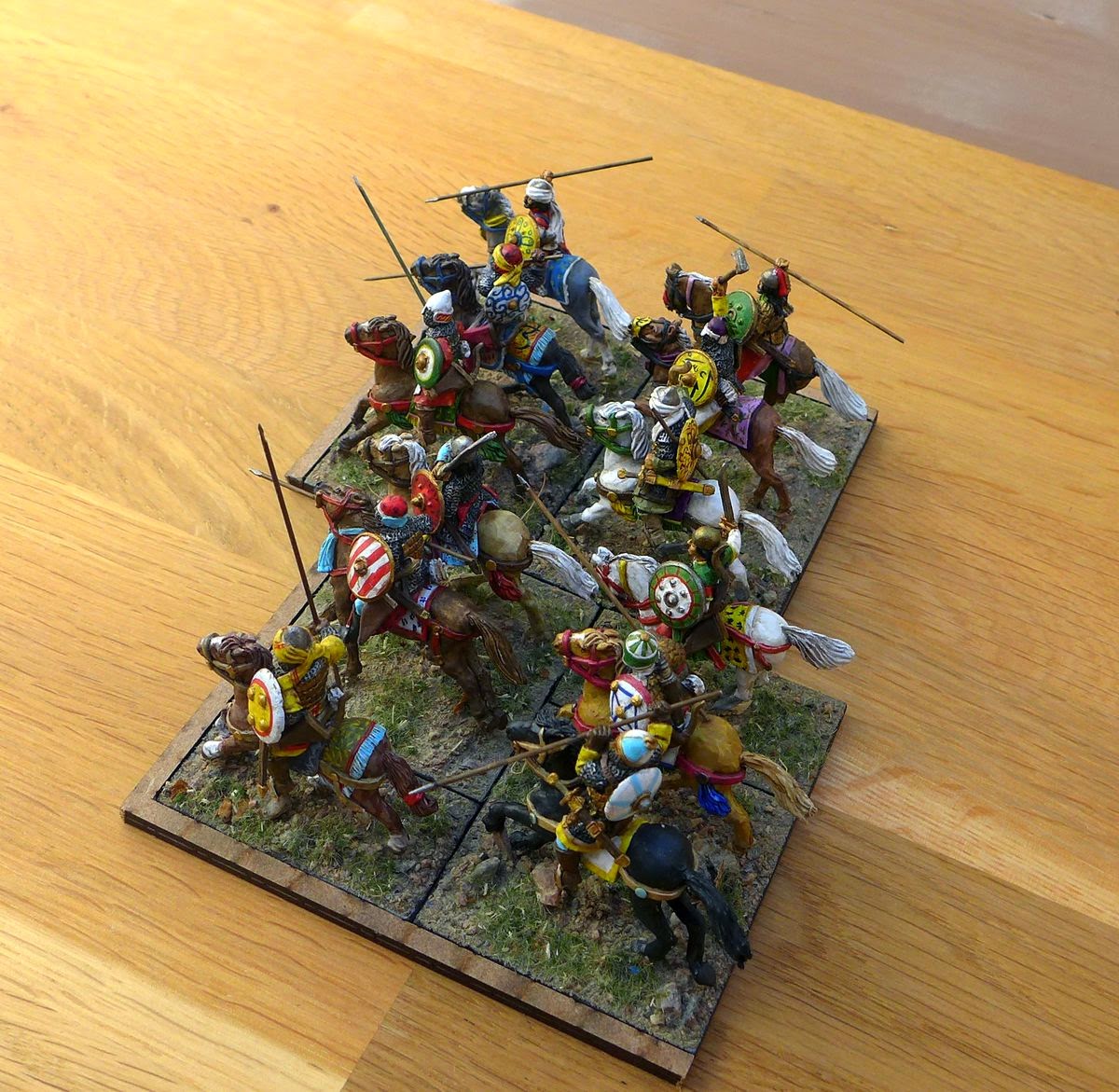 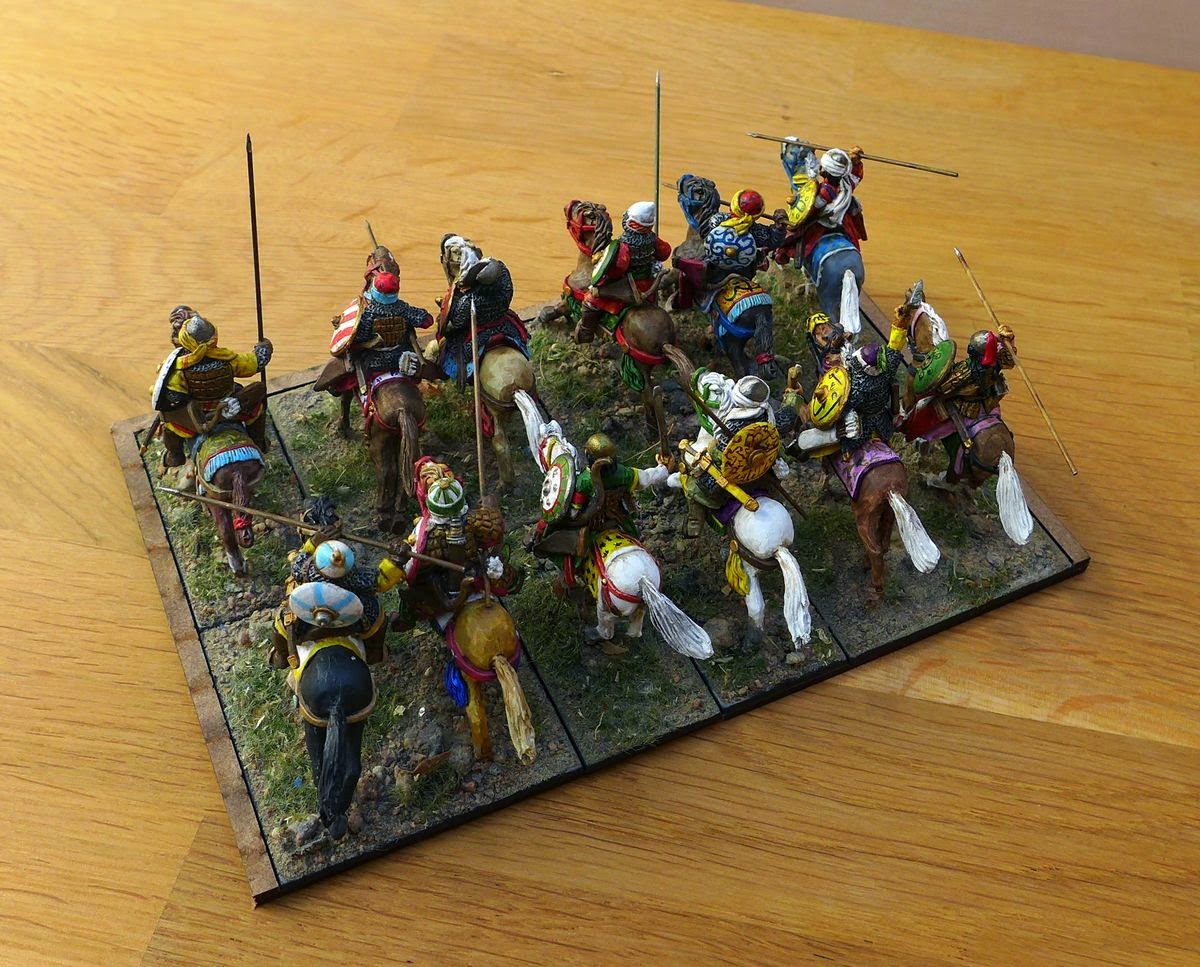 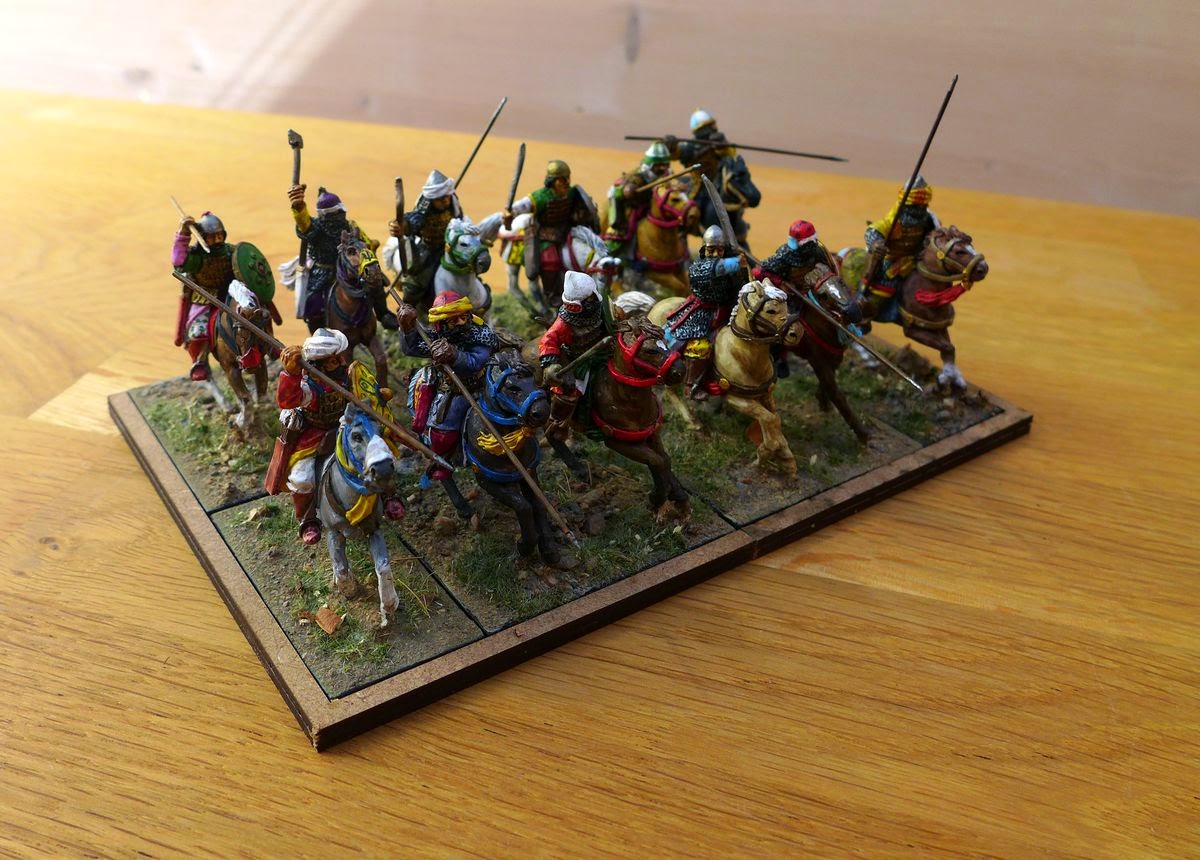 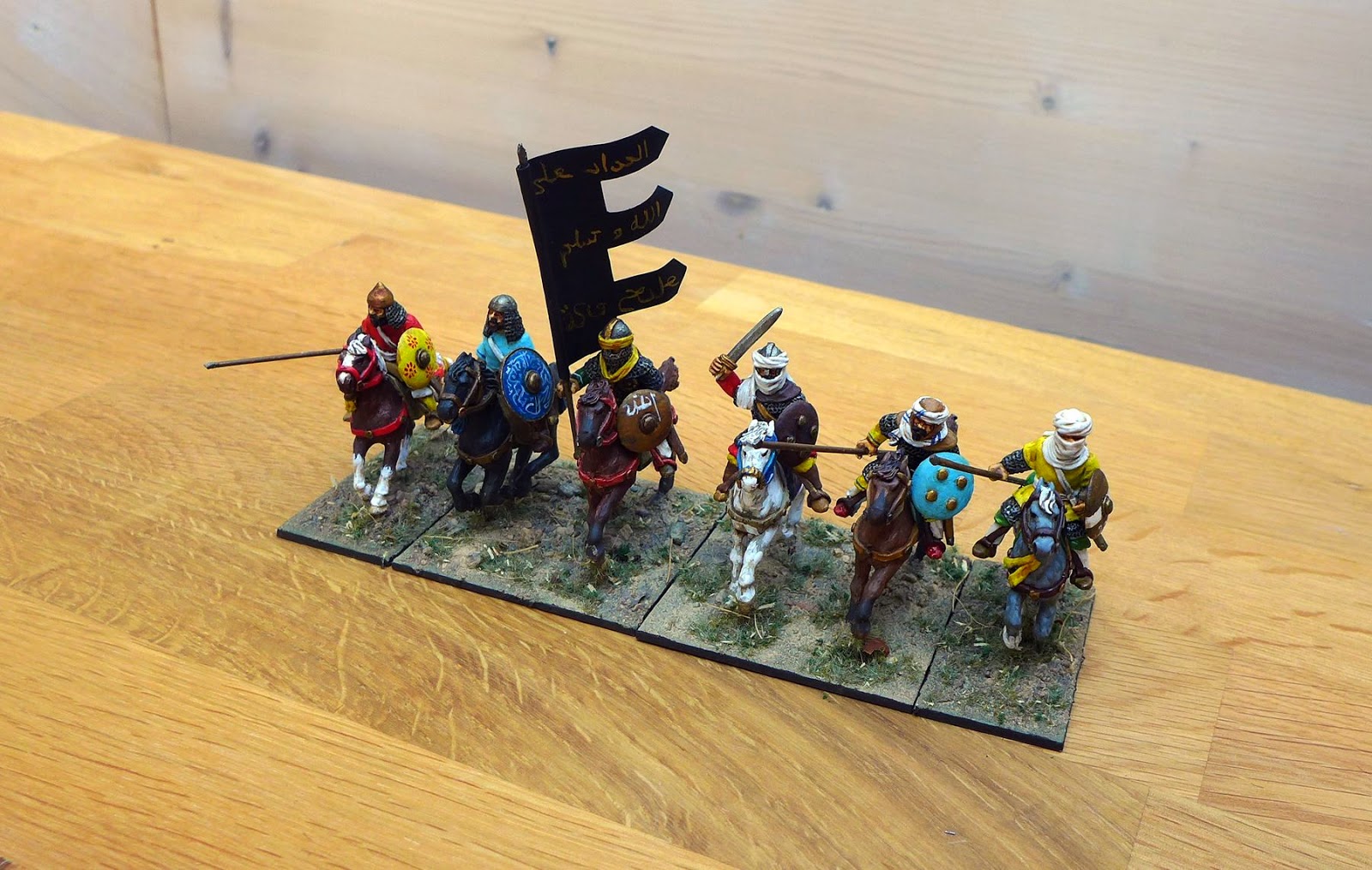 I just painted these Arabic heavy cavalry.
The miniatures are from Musketeer miniatures.


I wanted them to have a slighter different look then my Mamluks. In the end its so little its hard to see a difference if you do not know what to look after and I only think I partly achieved this. The difference I tried to use was to have a little less details on the fabrics. Not as ornamental or a little more plain miniatures but still full of colours. 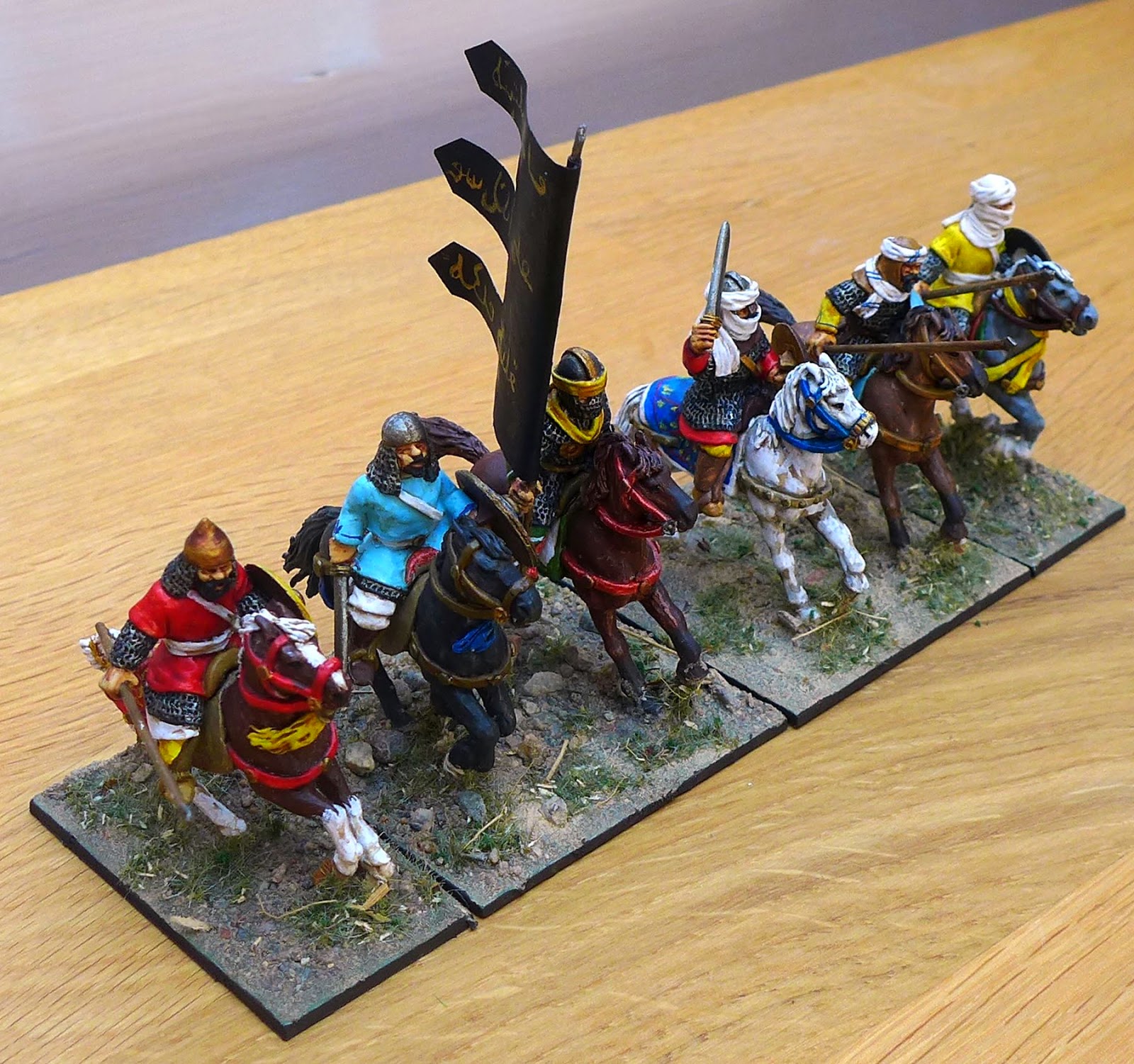 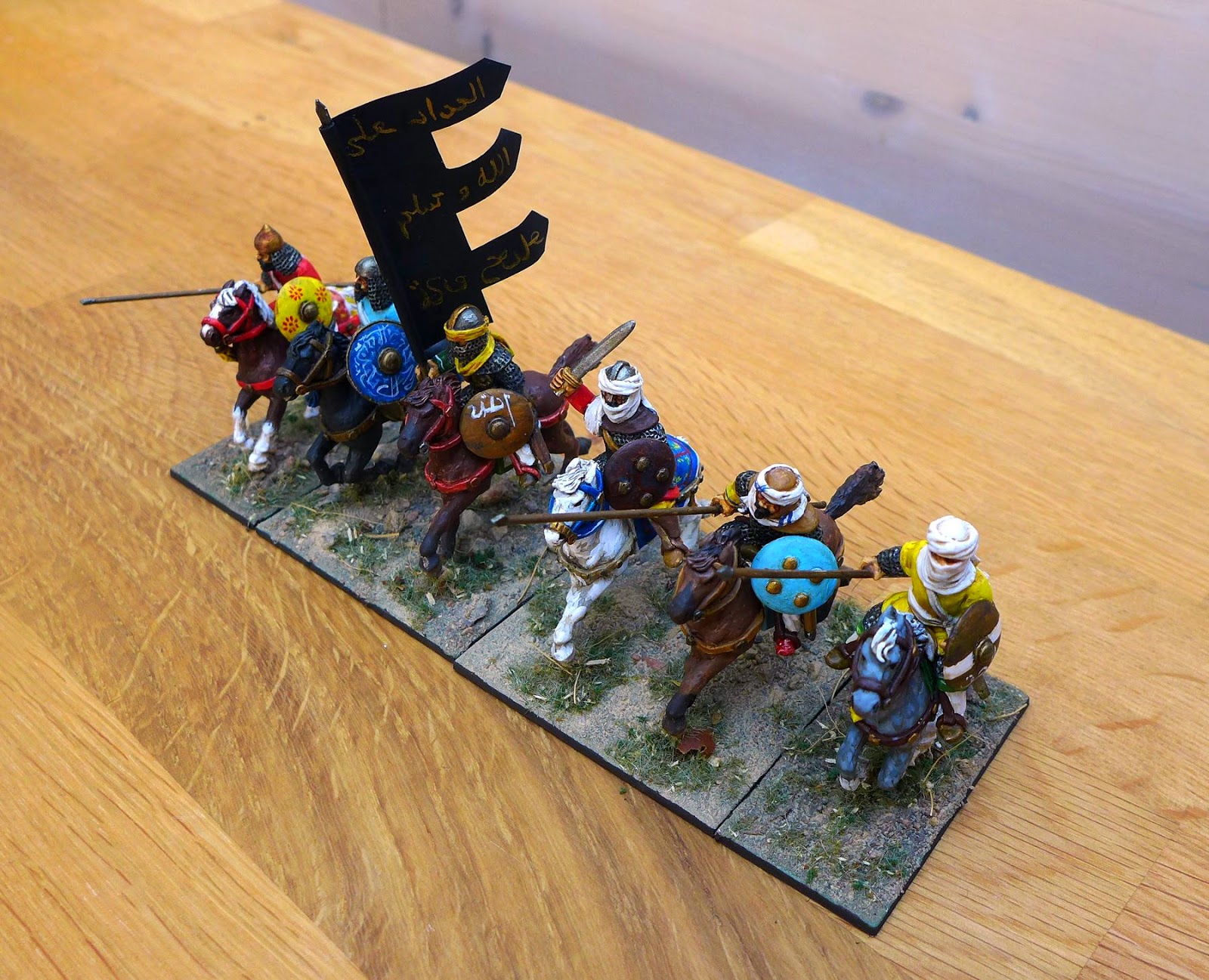 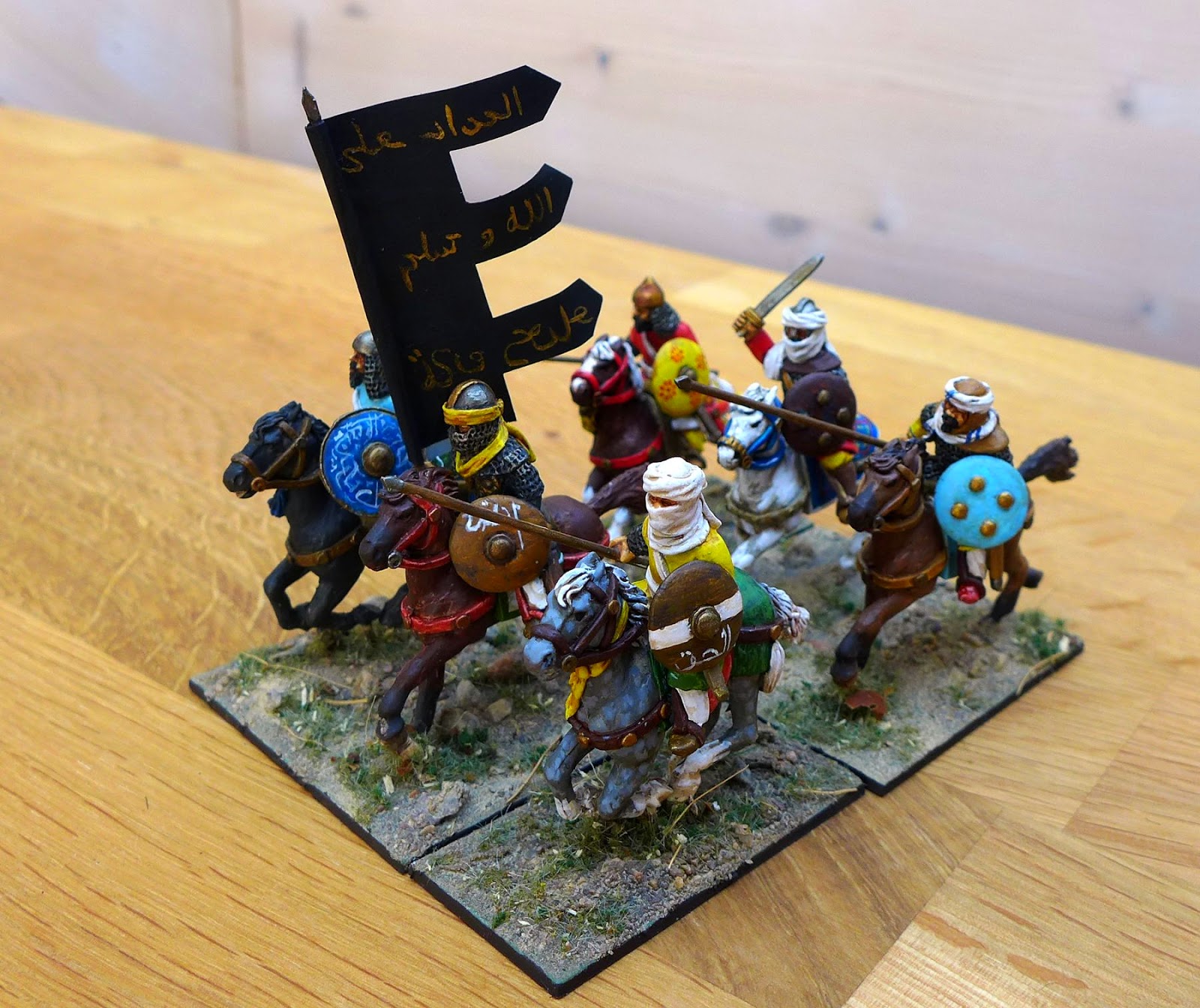 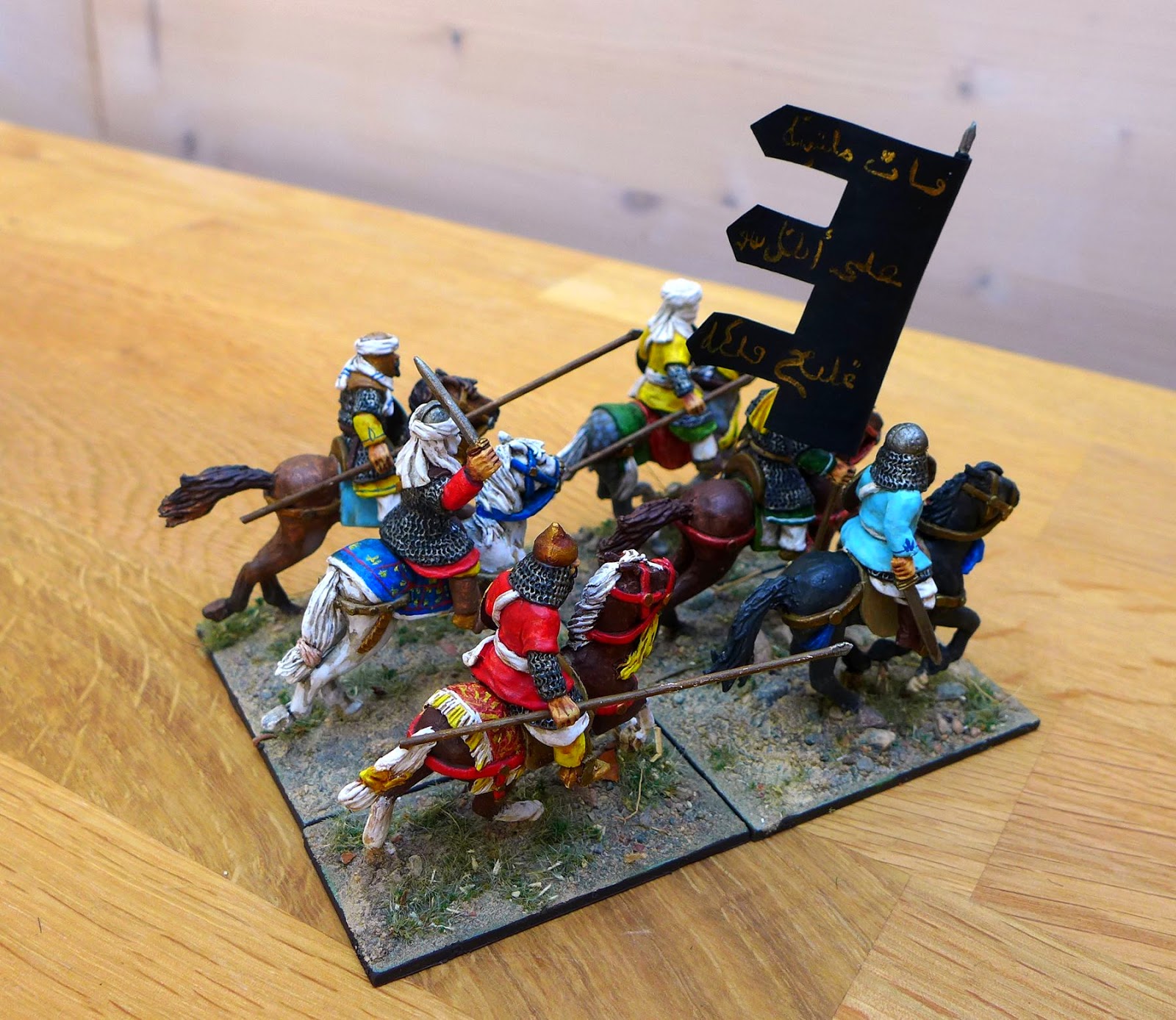 I like some of the miniatures but they are a little to chunky really but that seems to be the thing with Musketeer miniatures.

And a thing I thing I have to be much better at in this project is to add more banners. This is just a small start and I hope to later have an army full of nice banners flying in the air. 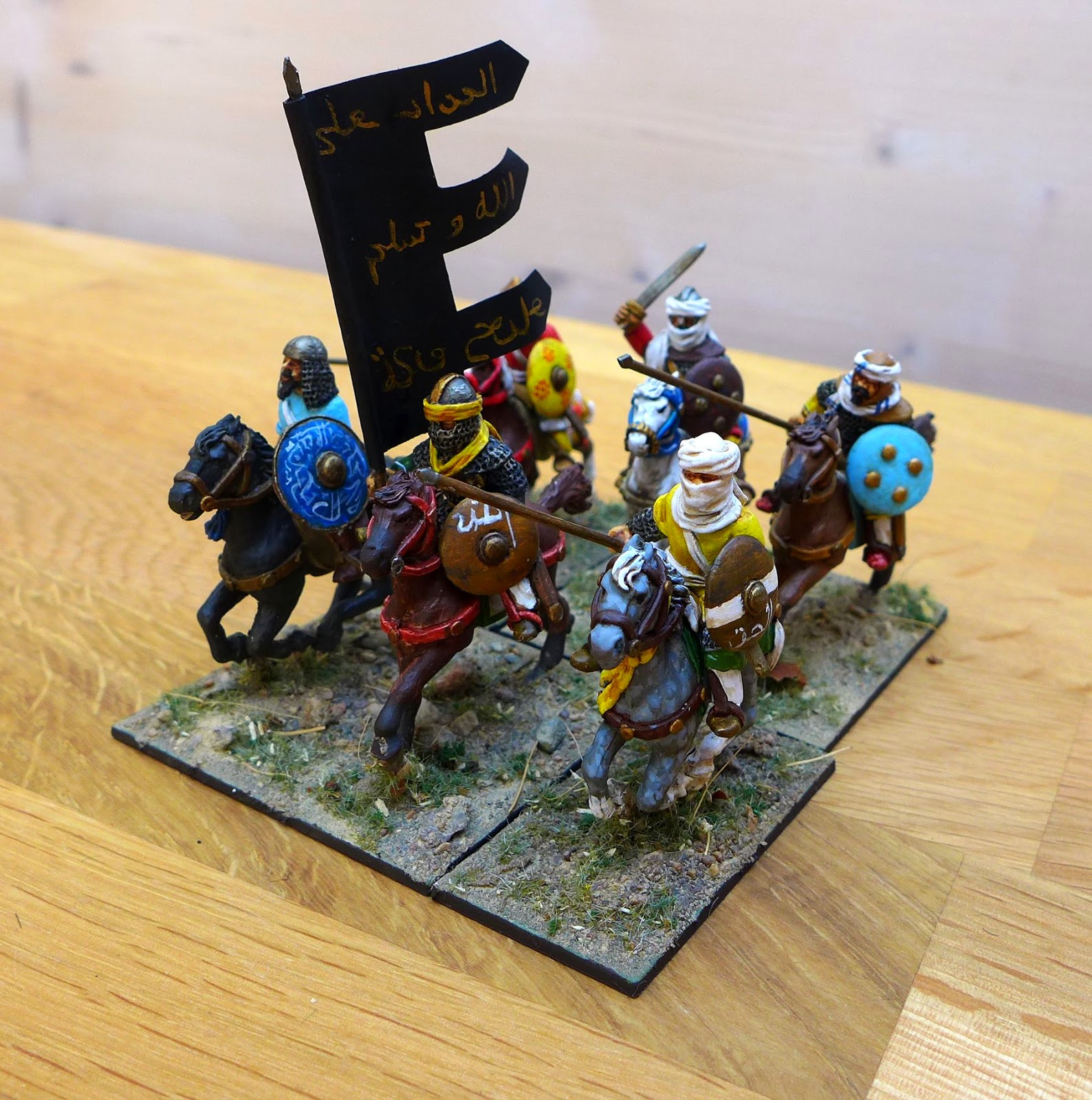 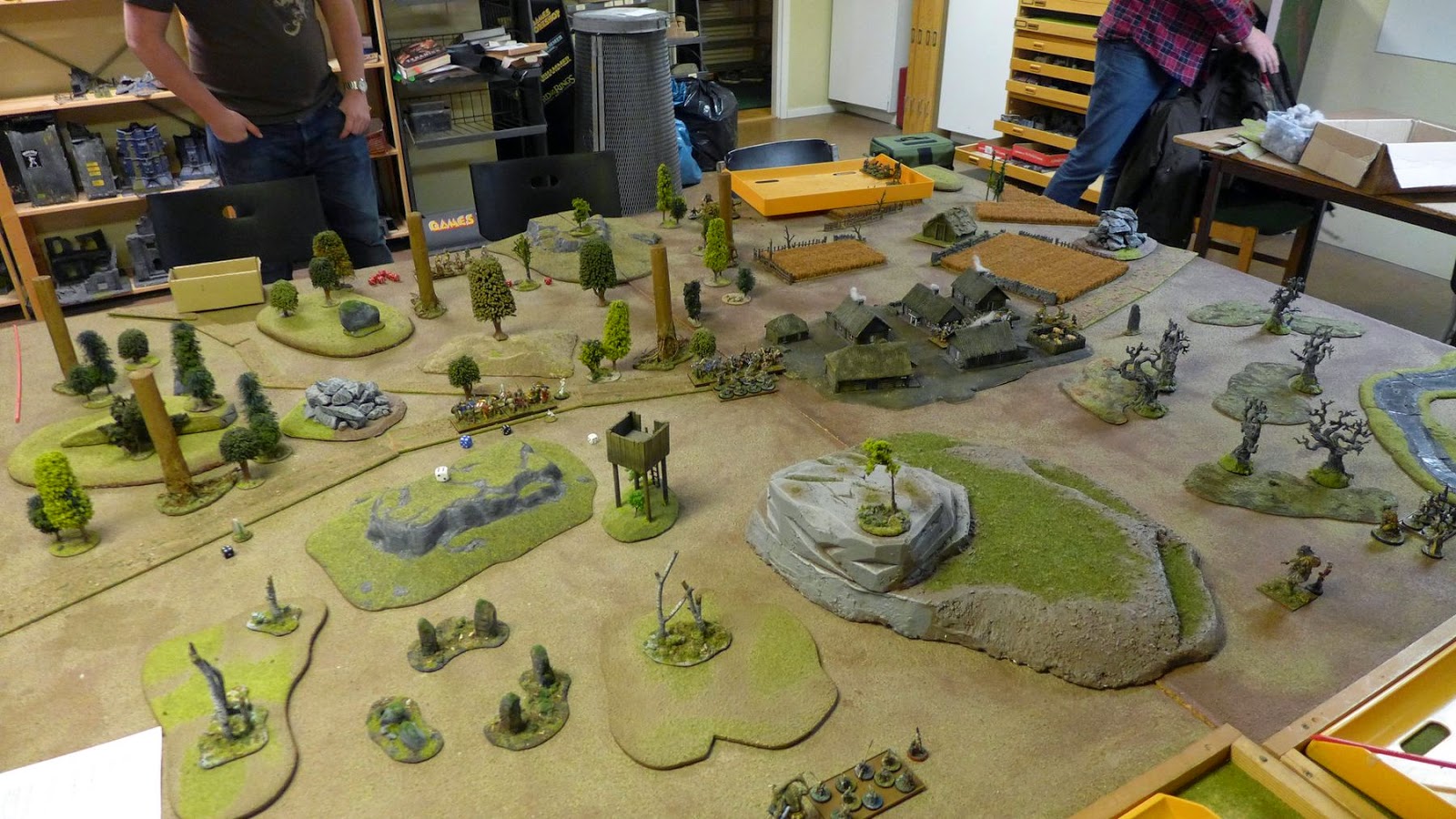 
I had an idea of an ambush scenario using the "Road block" scenario from Flames of War. But instead of one round of shooting from an ambuscade I let one unit charge an enemy.


The armies was divided so the humans would be ambushed by the creatures from the forest.

The story is that the Norsemen are making an advance along a road but what they don´t know is that they are watched from the forest... 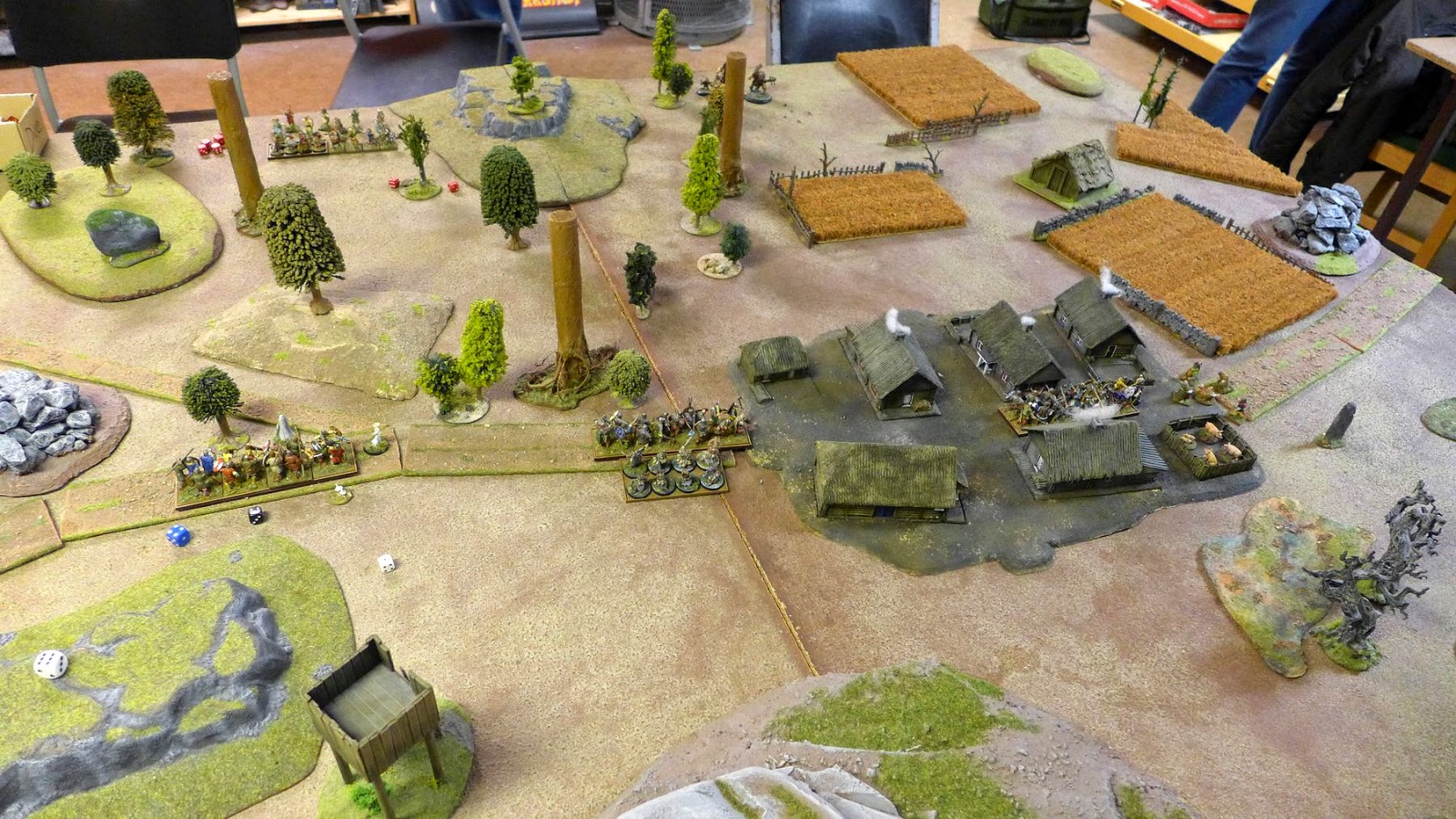 The Norsemen are making an advance along the road when suddenly a unit of Boneback warriors attacks from an hidden position in the tall grass. 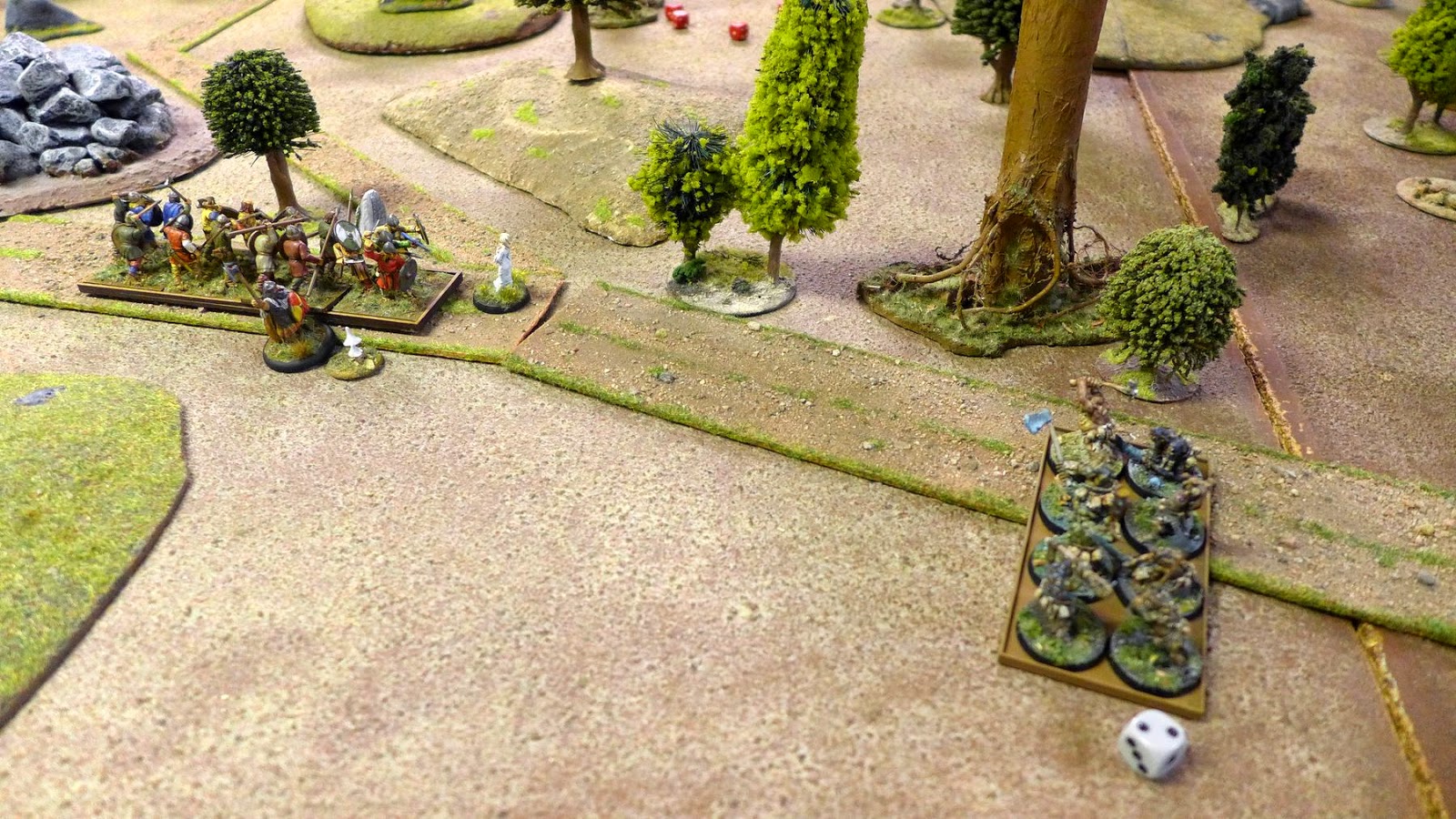 After a quick fight the Bonebacks prepare them selves as a blocking force. Awaiting the next unit marching along the way. 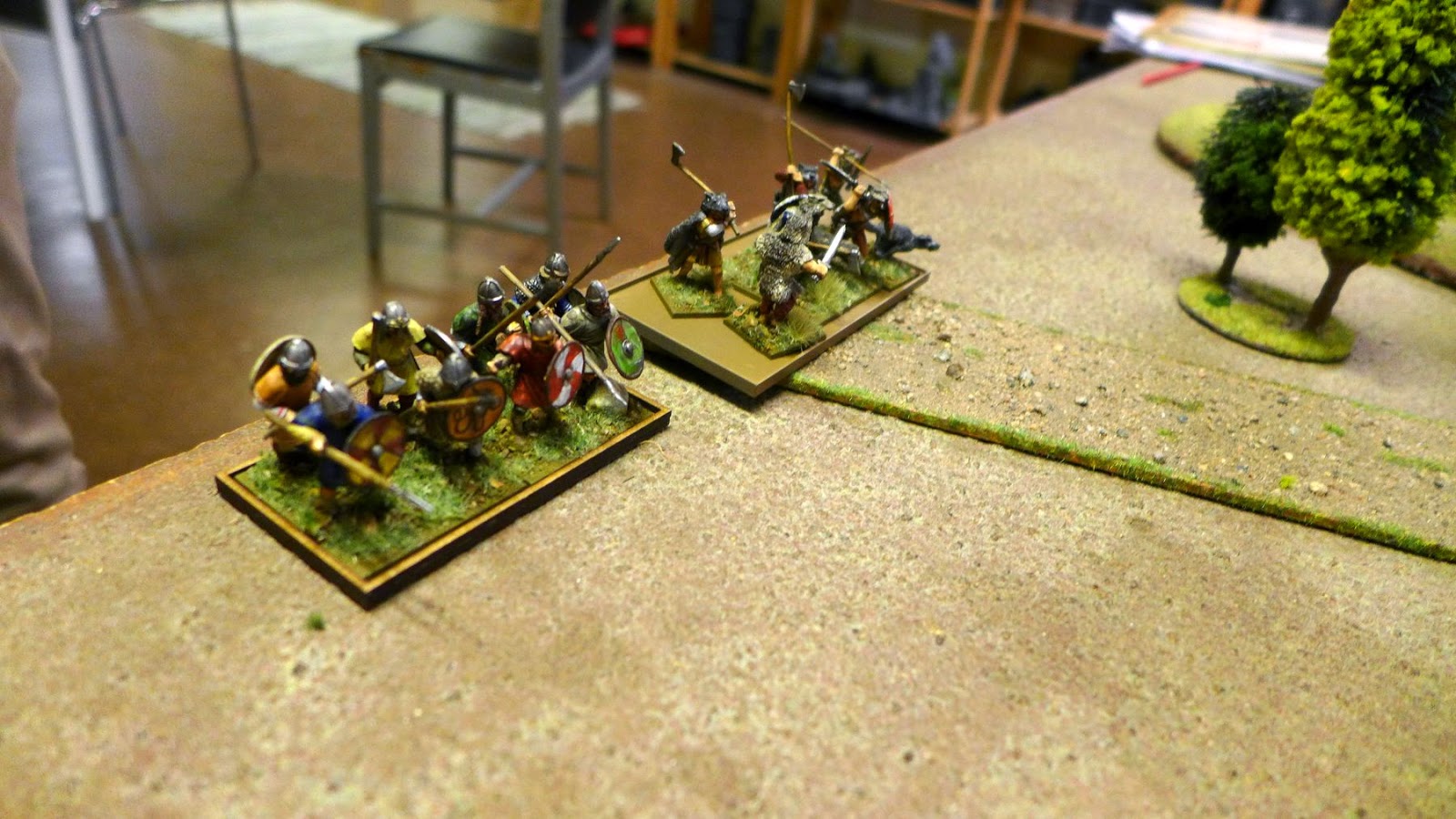 The sound have been called and reinforcements arrives. A unit of Ulfheðinn and a unit of Gestirs. 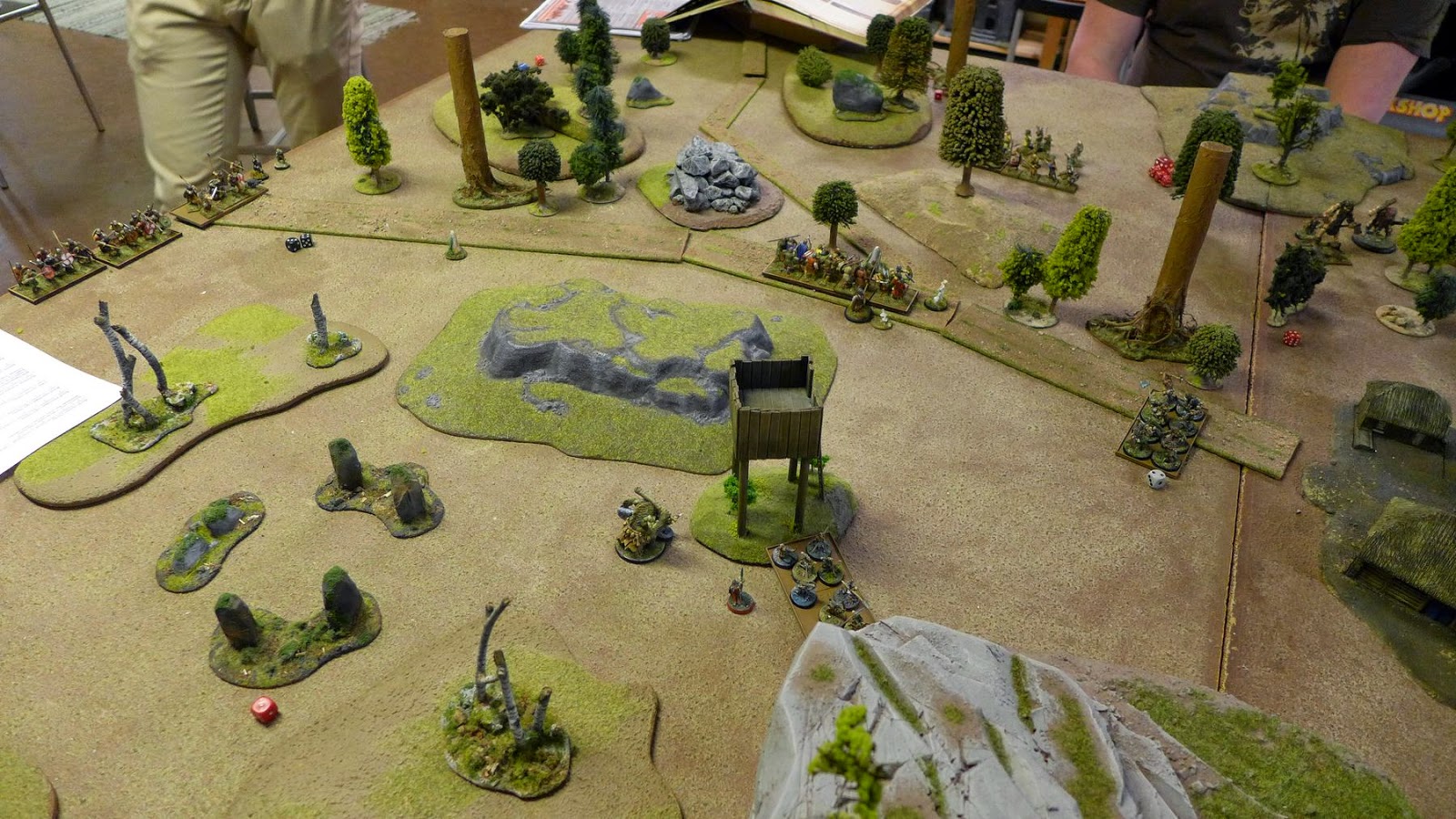 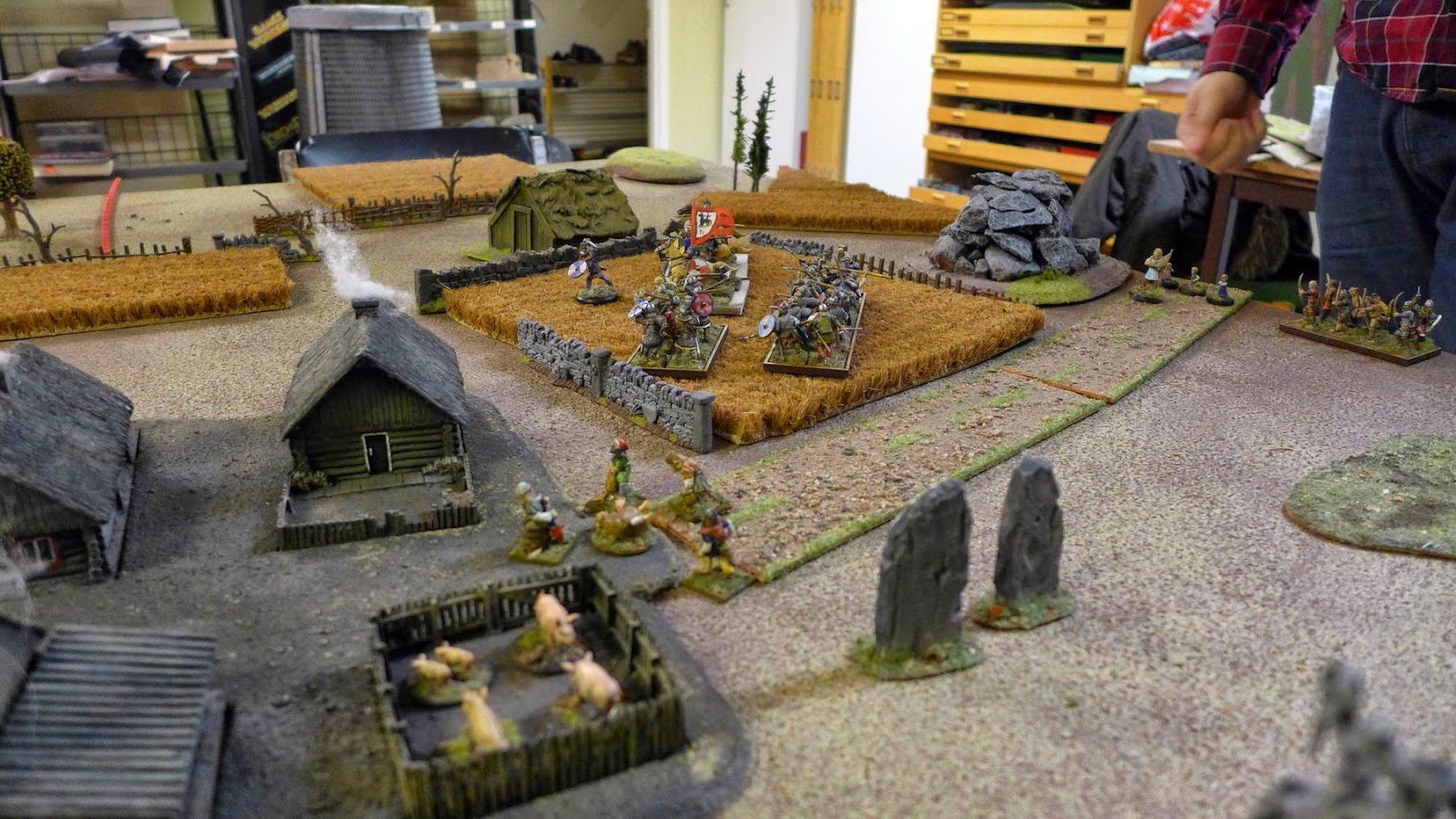 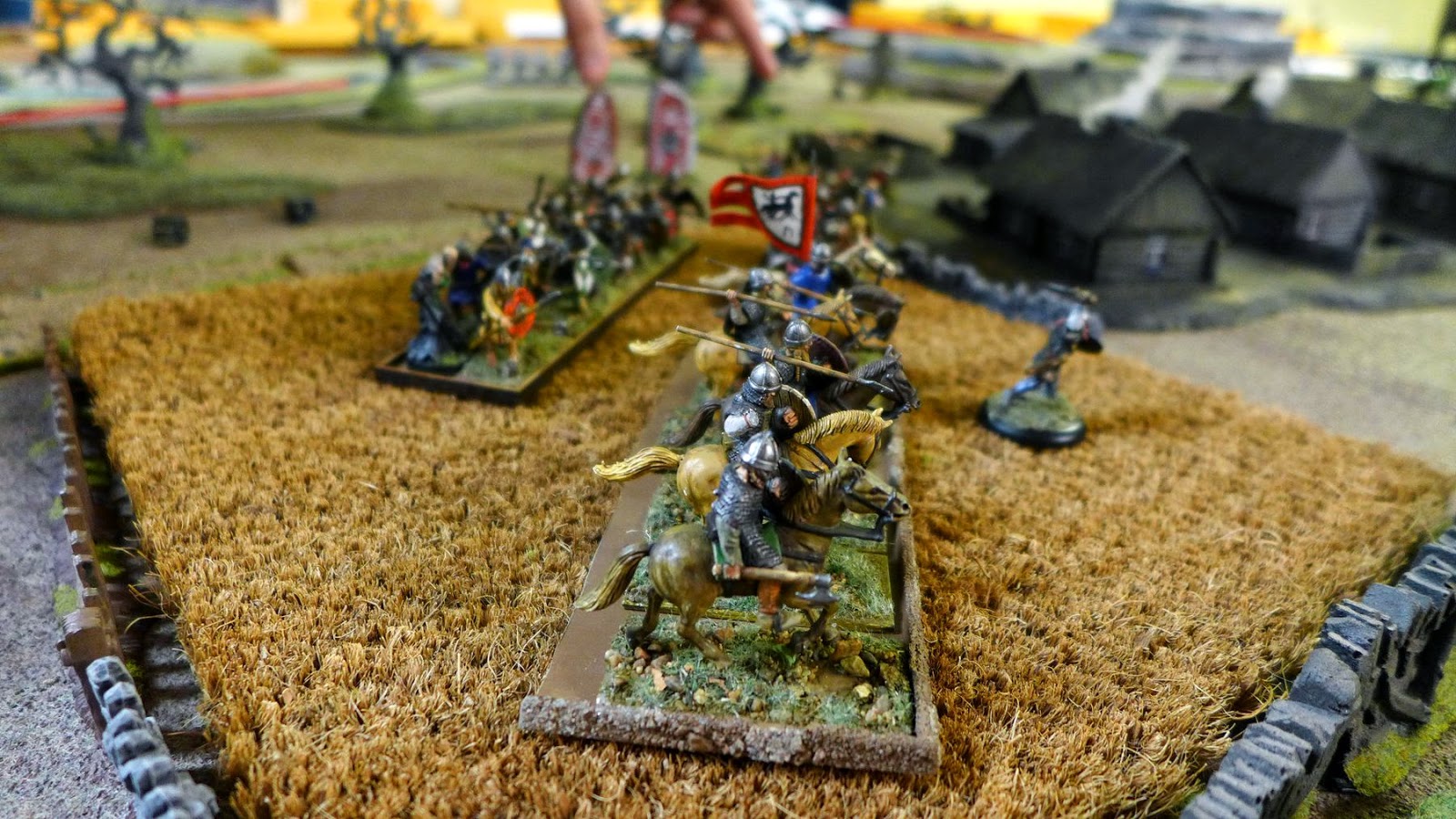 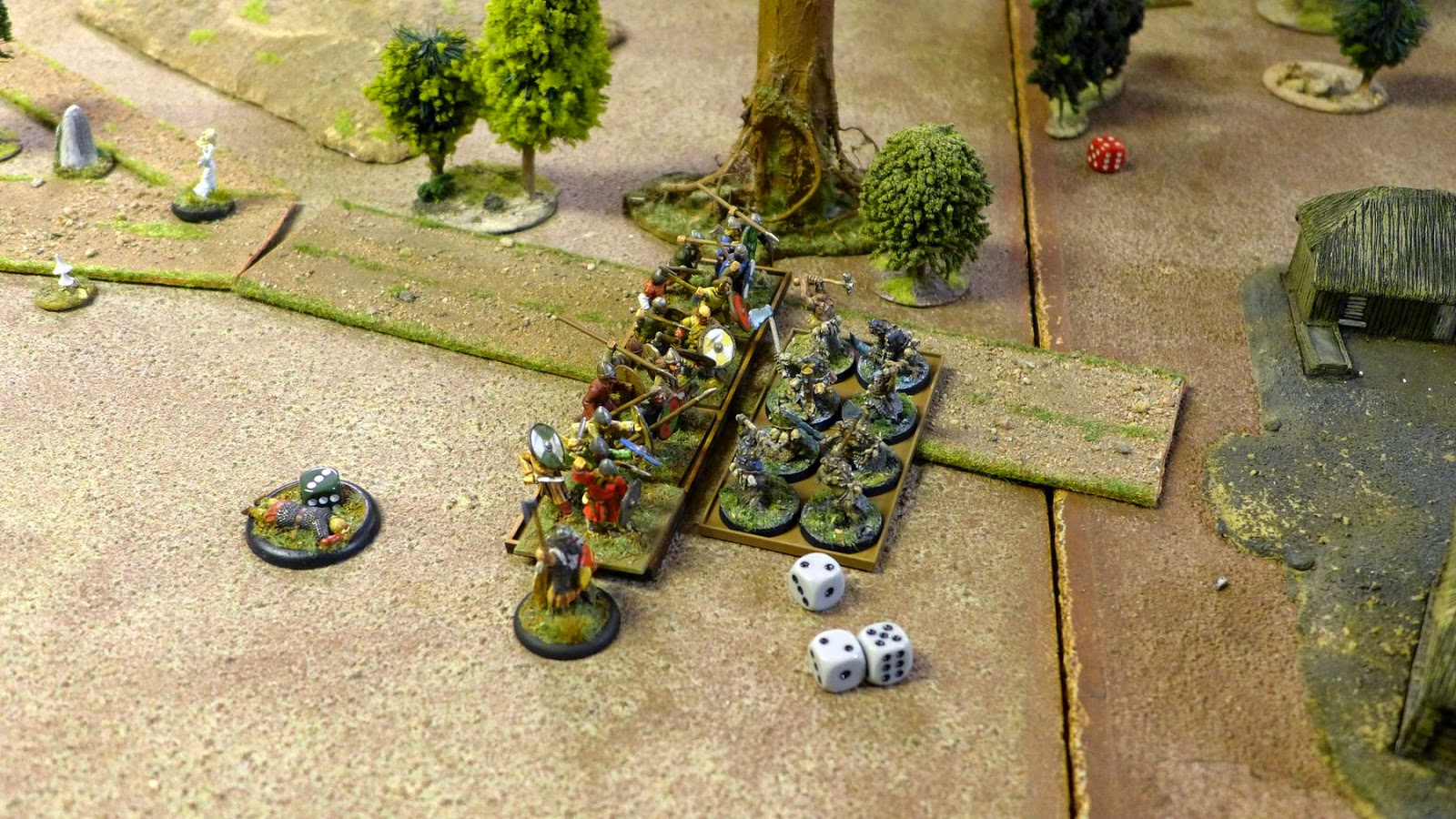 Gunnar Gröpe is leading the Bondi troops in a counter charge. 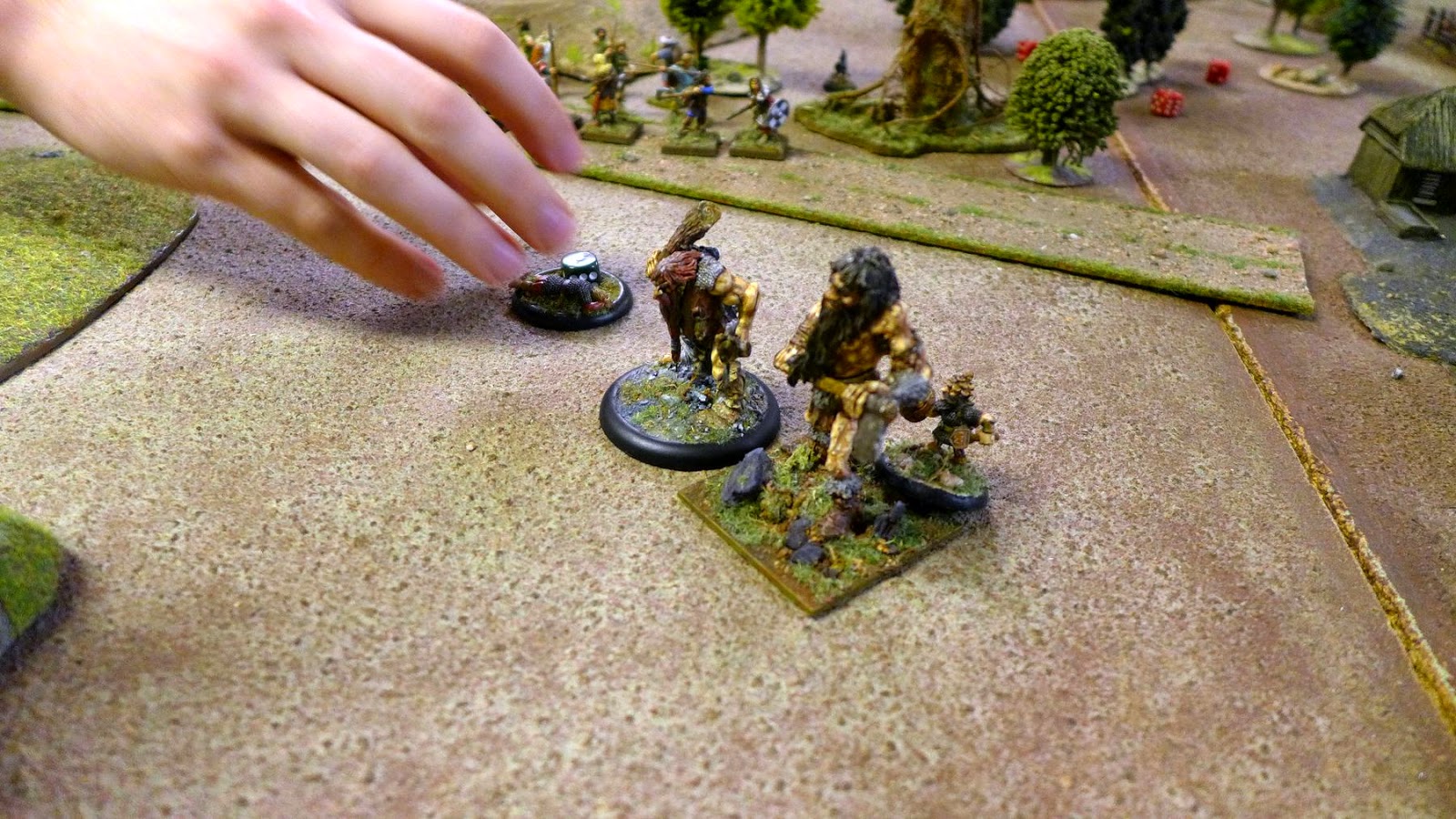 Two mighty Jötnars in support of the dwarf Eitre. These two lumbering behemoths smashes through the Norsemen lines. 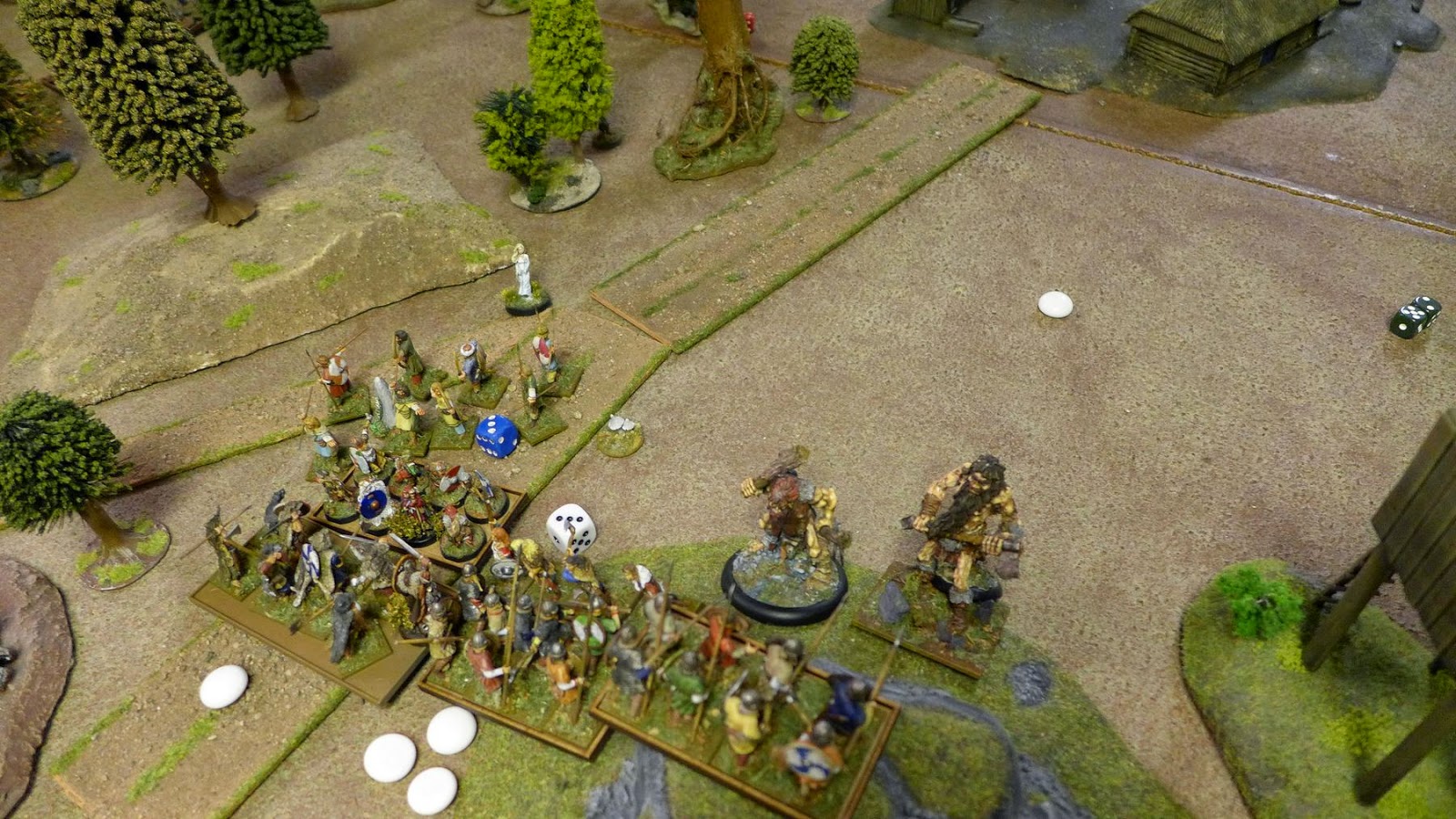 Final battle.
Of all the creatures of evil those two Jötnars and the cunning Eitre won the game for the ambushers. 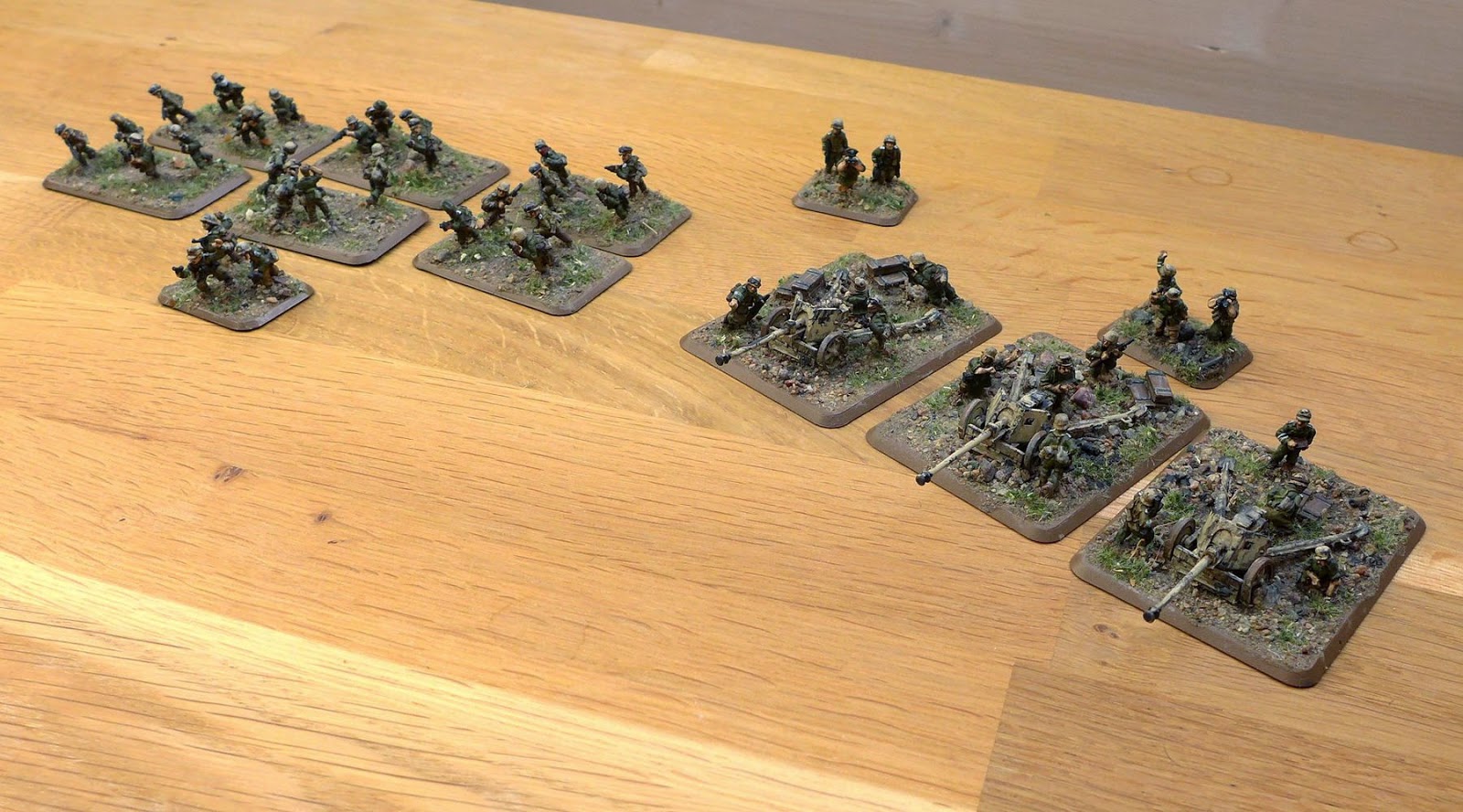 These have been laying in my leadpile for over a year, I thought it was time to give them some love.

With the release of Perrys 28mm plastic ww2 miniatures and the rule set of Chain of Command that I read so much about recently I got the munches for DAK again.

To satisfy that hunger I painted some long awaited reinforcements to my army.
With a friend playing Americans in midwar I have felt that the PaK38 of my "early part of midwar" force didn´t  pack the punch needed to knock out those nasty Sherman tanks. Now I hope these PaK40 will fit the bill.

I also painted a platoon of infantry and a higher command team, the plan was to use him as my Second in Command in an infantry list.
The miniatures are a mix of Battlefront and Skytrex. 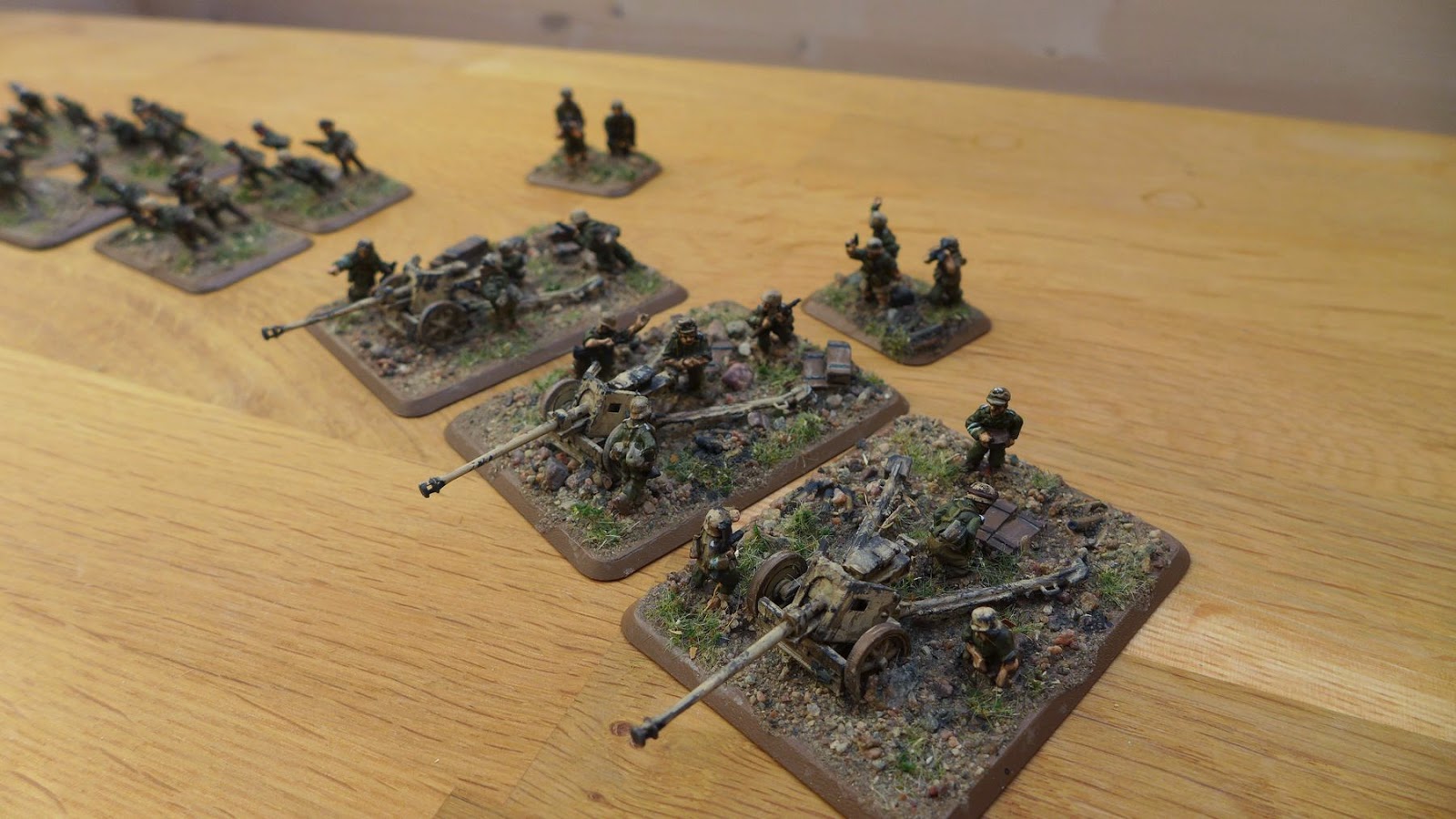 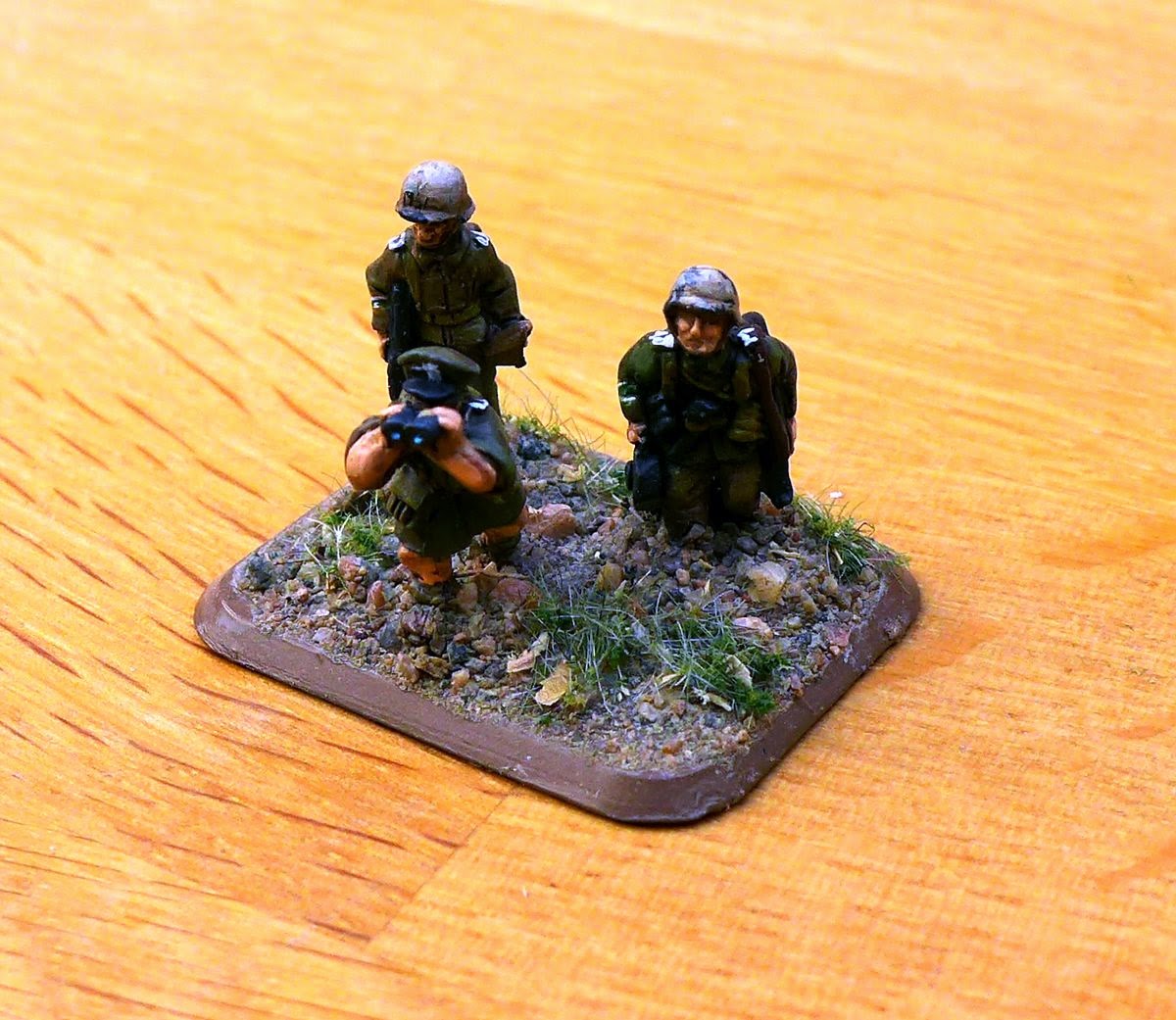 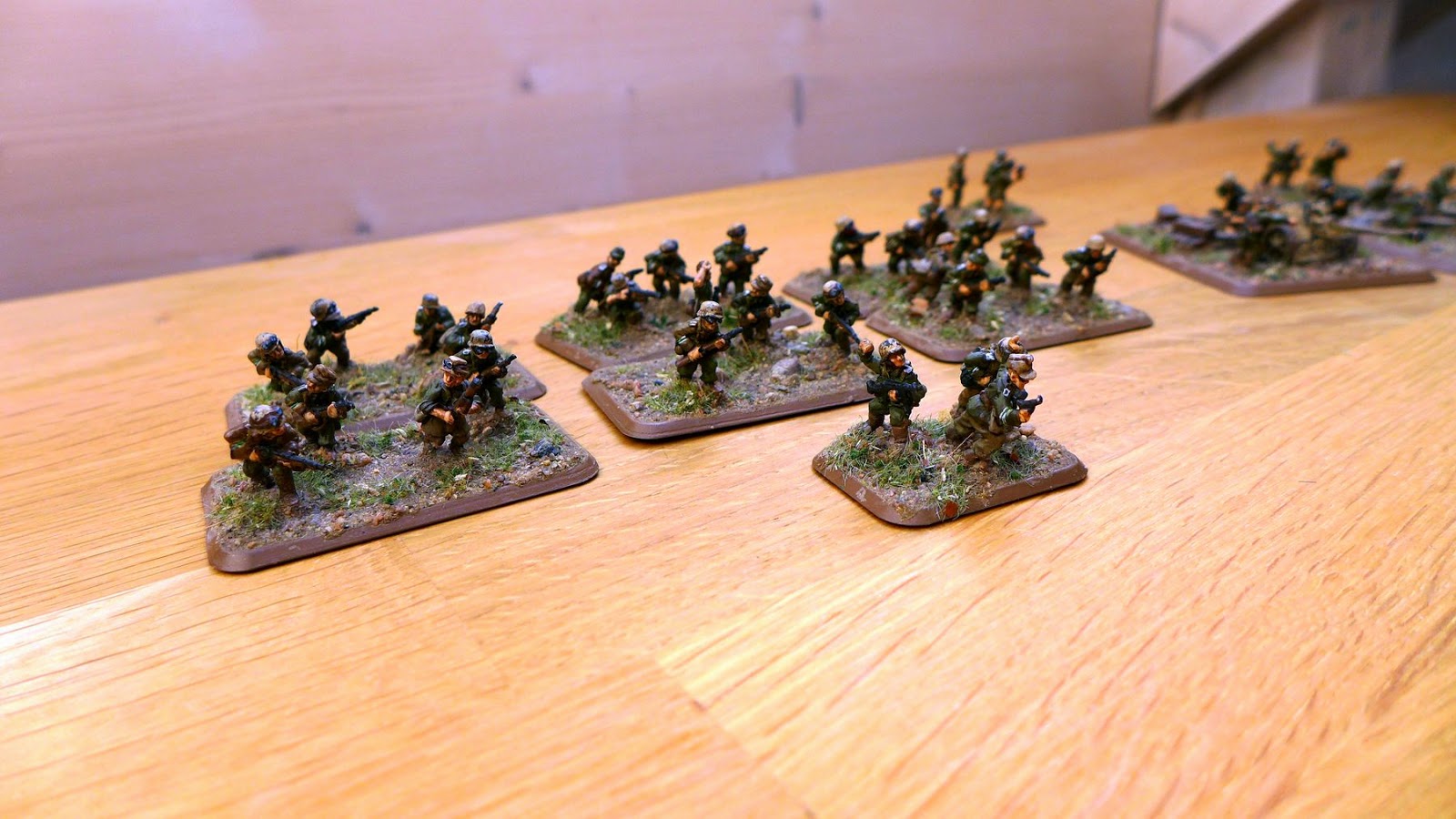 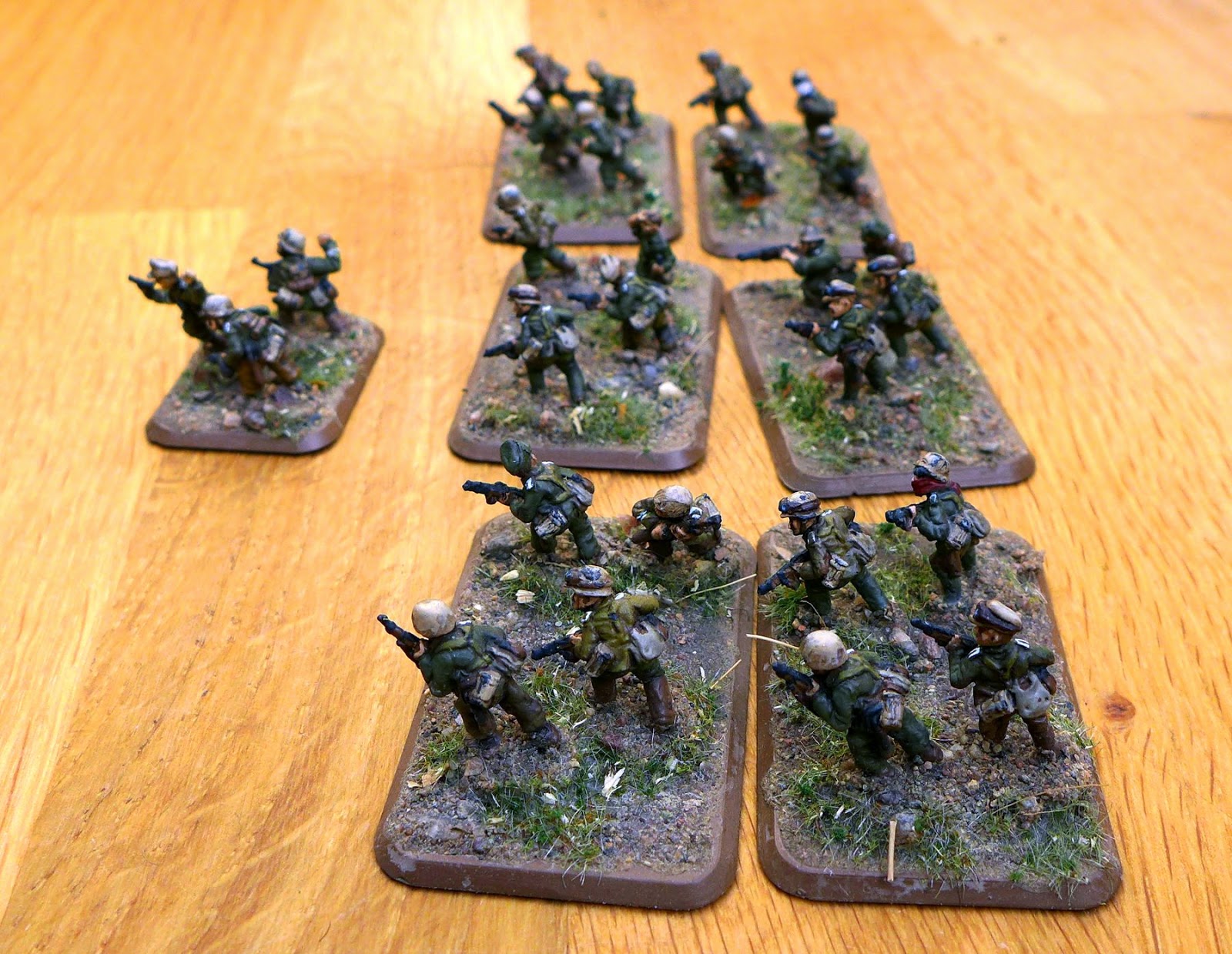 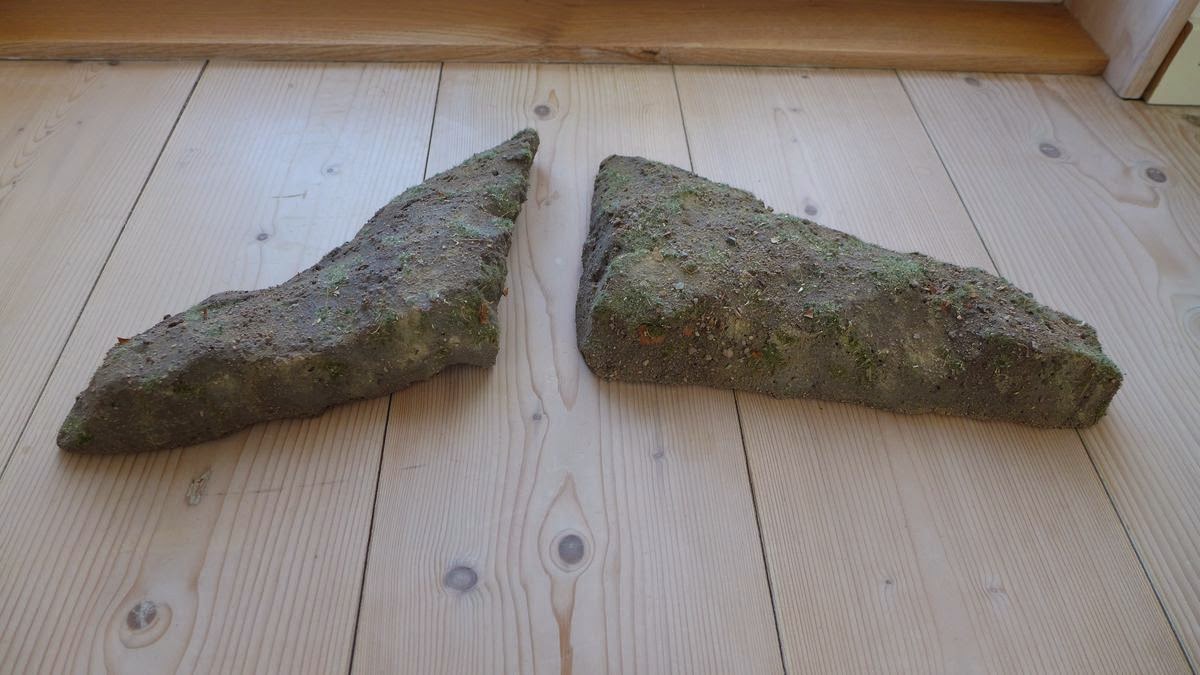 There always seems to be a lack of good terrain pieces and even thou I constantly add more terrain to the clubs inventory I always think that its a little thin on good terrain.

So here I got another small step in getting better looking terrain to the club. 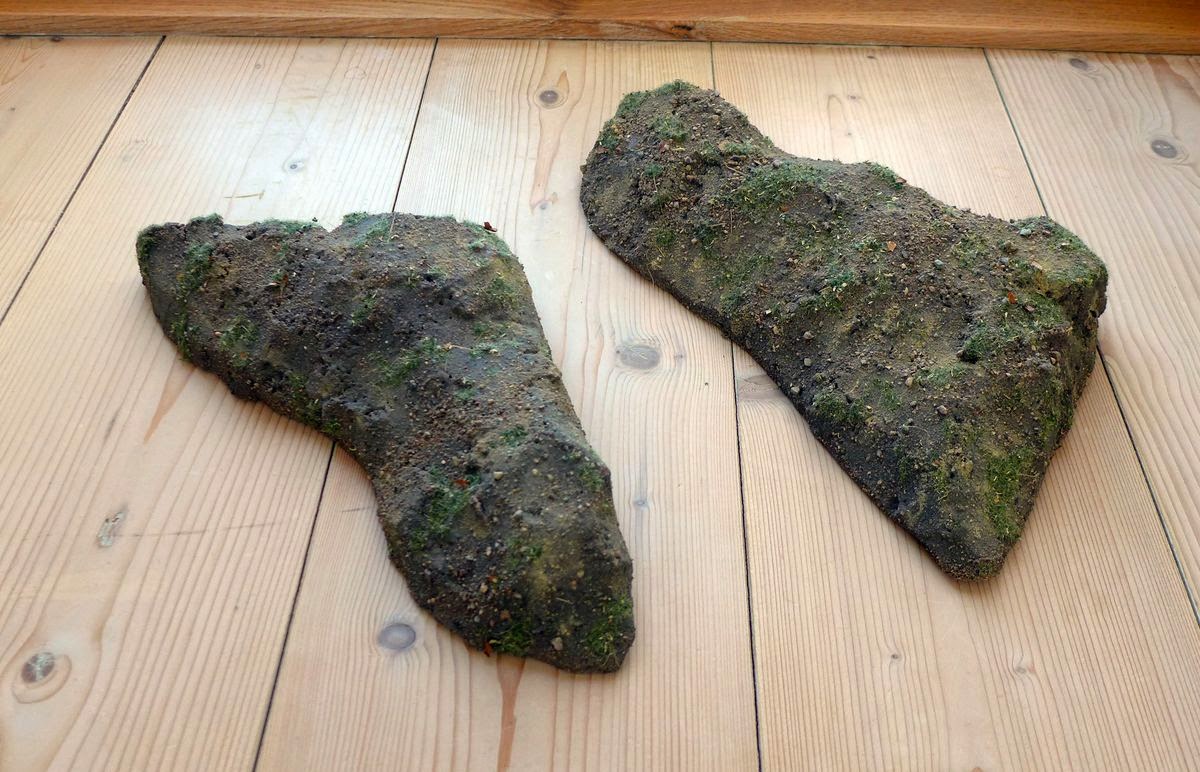 And here are some miniatures to get a better picture of the size of them.