I was asked how I made the bases on my latest flames of war miniatures so I thought that a small tutorial would be in order.

I will show the techniques by making some areaterrain.

On my miniatures I had painted the base in light brown but here I will use the natural color of the sand.
After I glued on the sand on the terrain pieces I waited for it to harden.

Next step is to use an old brush and some more white glue and adding the first grass color. After that a second color of grass. I like the effect of mixing more than one type of grass.

When they had hardened I added the snow.

And luckily for this tutorial it had snowed during the night so I can show you some pictures from my window showing the effects I am after.

Edit: I forgot to mention that the snow is from Woodland Scenic, and I think it was this one
http://www.maelstromgames.co.uk/index.php?act=pro&pre=wsc_hob_lsc_msc_301_000


And here are the flames of war miniatures that were mentioned.

To my StuGs I also wanted some Begleits.
Armed with assault rifles.
The miniatures are a mix of Battlefront and Skytrex to give a better variety.

And shown together with the Sturm Grenadiers.

Some time ago I decided to repaint my StuG company in winter camouflage.
That work has been a slow one.
Instead of repainting the infantry I got me some more. Seems stupid to repaint a perfectly good miniature.
So here is the fruit of that labor, and the miniatures I made that test snowbase for.
Some Sturm Grenadiers to act as support to StuGs. 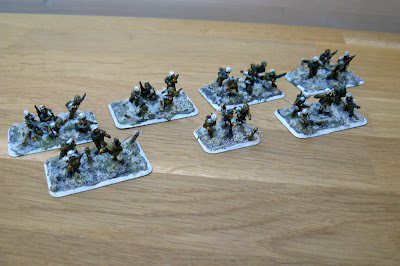 Here we have Ringhioso from the game Hell dorado, another Lemure in hell. 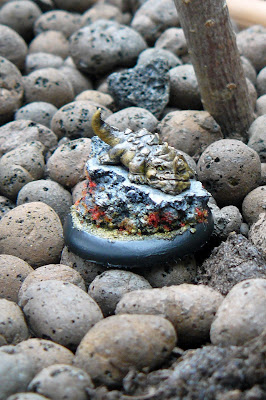 I went for a brown-yellow tone on this one.
The first picture is taken in one of my flowerpot. It made a nice background I think.

Here we have another Lemure fron the Hell dorado game. 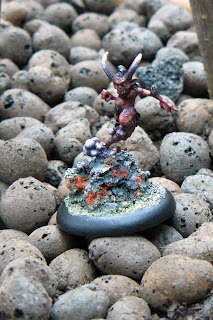 It’s just a lovely model. Its almost painted itself.
I went for a red color and shaded it gently against purple.
The eyes are painted in gold color as I wanted a unnatural look, it doesn’t show that much on the pictures unfortunately.

Hell is populated by many strange spirits and souls. Some are great demons that torment the wicked but some are small souls commonly known as Lemures, they are at the absolutely bottom of the hierarchy in hell. Small insignificant souls of fallen. When they grow they could eventually evolve to a fallen one, a demon or such but at this stage they are in no real power.
But what the people exploring hell has discovered is that when they are feed strange spices or rare materials they can give there master magical abilities or used as a weapon when feed materials that make them explode. Exactly what makes them do each attribute is not fully explored. 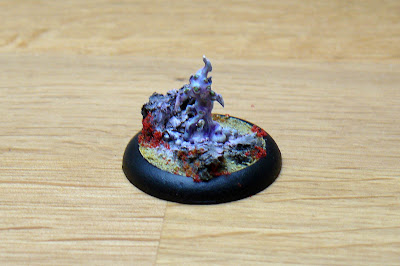 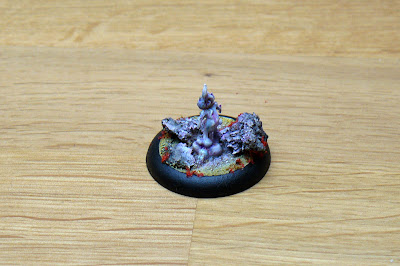 This miniature is named “Prizrak” and is a Lemure in the Hell dorado game.
I painted it in rather bright colors and tried to give it kind on shining effect on the terrain on his base.
I added some red and brown flock to give it a kind of moldy impression. Guessing that the vegetation isn´t the best here but I wanted to have some more colors to make the base look better. 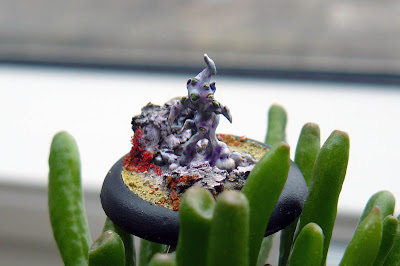 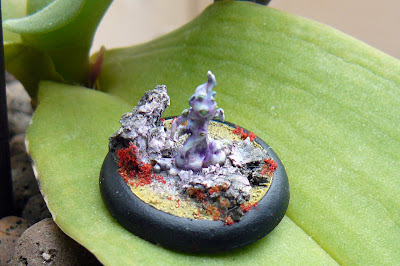 When I found this picture I just knew I needed an artillery officer for my French Napoleonics. 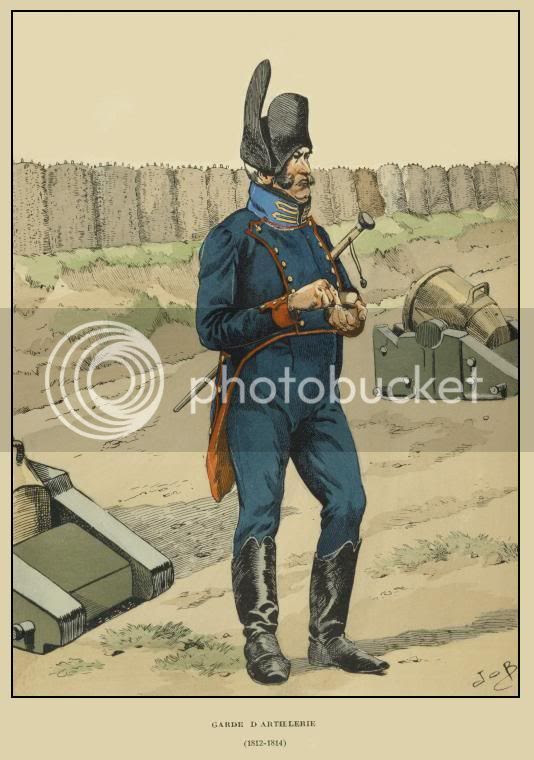 I used parts from the superb Victrix boxes and some greenstuff and got a model inspired but not a total copy of him. 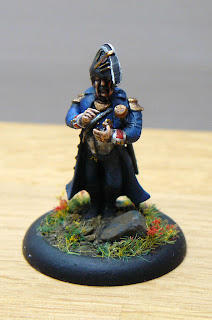 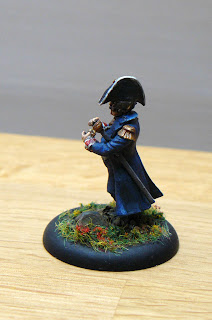 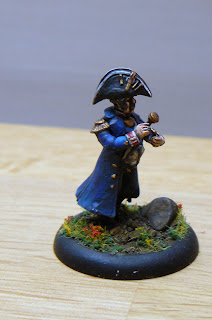 Yesterday I finished the last touches on the base and got some picture of him today.