I finally managed to complete another batch of Russians. 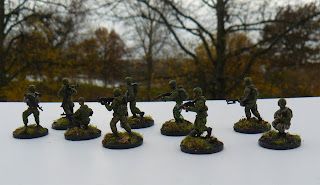 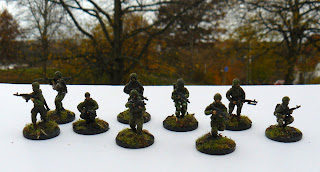 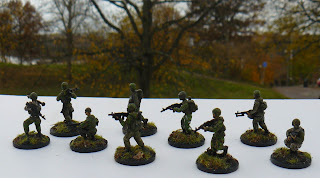 The Fantasy project did get a grip on me and I got a bit carried away. That meant that my other project did lose some speed…
But here they are, some heavy hitting Russians. Models from Under Fire Miniatures and painted in (mostly…) partizan camouflage.
at 10/31/2011 12:50:00 pm 6 comments:


The elves of norse mythology are a race of divine beings endowed with magical powers, which they use both for the benefit and the injury of mankind. It was a good idea not to offend the elves.
In the medieval Norse mythology, they appear to have been divided into light elves and dark elves.
"There is one place there that is called the Elf Home (Álfheimr which is the elven city). People live there that are named the light elves (Ljósálfar). But the dark elves (Dökkálfar) live below in earth, in caves and the dark forest and they are unlike them in appearance – and more unlike them in reality. The Light Elves are brighter than the sun in appearance, but the Dark Elves are blacker than pitch." (Snorri, Gylfaginning 17, Prose Edda)
"Sá er einn staðr þar, er kallaðr er Álfheimr. Þar byggvir fólk þat, er Ljósálfar heita, en Dökkálfar búa niðri í jörðu, ok eru þeir ólíkir þeim sýnum ok miklu ólíkari reyndum. Ljósálfar eru fegri en sól sýnum, en Dökkálfar eru svartari en bik."
So with this in mind the “Germani” miniatures from Myrmidon studio will be perfect for my Treemoss-fantasy project.
They are sculpted as a elven versions of the German tribesmen from the roman era, and as much of the mythology is shared between German and Scandinavian this will be great because of connection to an older nature dwelling race. 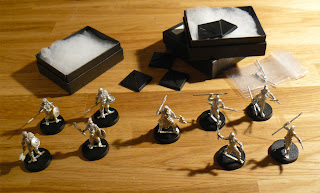 http://en.wikipedia.org/wiki/D%C3%B6kk%C3%A1lfar
The miniatures were waiting for me at home when I arrived from a trip to Dusseldorf, Germany.
And as soon as the beer haziness has calmed down I will start the paintwork on these...
They had square bases but I changed these to round as it will fit better with the other miniatures.
So with some warpaint these miniatures will be brutal on the tabletop...
at 10/25/2011 09:26:00 am 2 comments:

As promised before here are some better individual pictures of the heroes.
Miniatures from Red Box Games.
Woldvagner the Wise 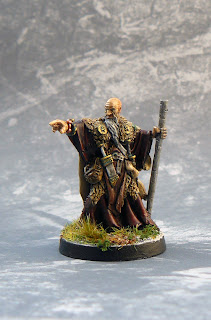 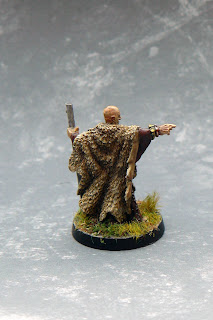 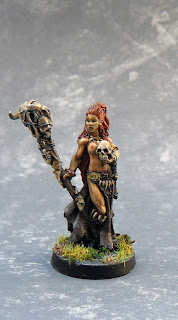 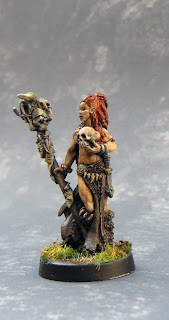 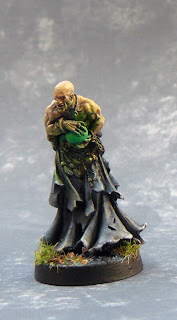 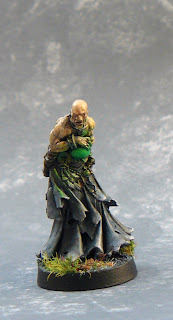 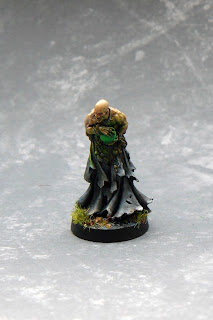 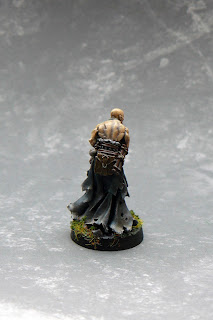 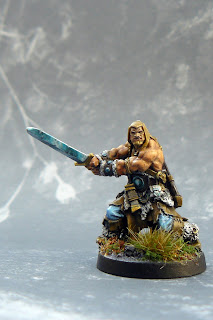 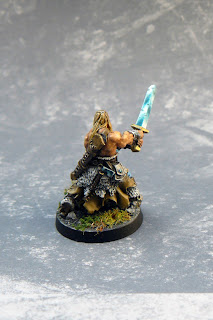 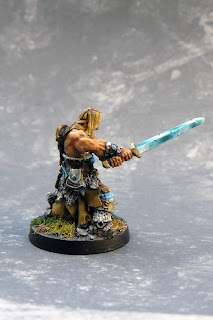 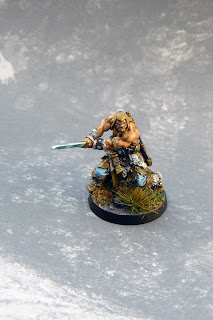 The heroes… Finally some humans to start conduct the nuisance wildlife management of the trolls…
The miniatures are from Red Box Games. 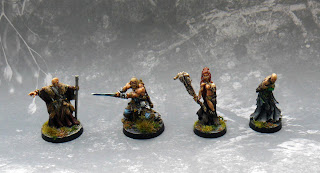 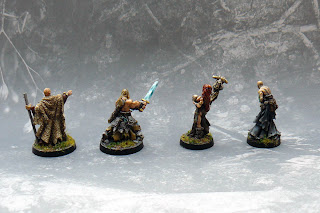 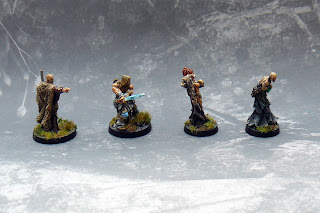 I tested the non metal metal technique on the swordsman, and I liked it. Expect more on that later on.
I will take better individual pictures another day.
-Damn you absence of daylight…
That’s what you get for living in troll country…

A new test piece: Some Birch trees, or rather the remaining of what use to be a forest. 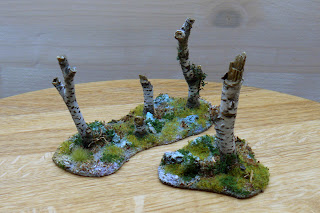 This use to be such a lovely forest until some dumbass decided to trash the place by running around and practicing his golf swing. 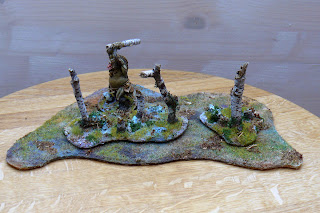 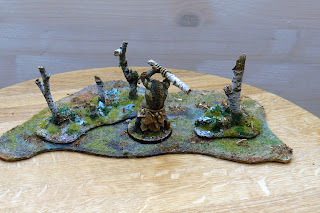 And here is a work in progress picture before I flocked the trees. 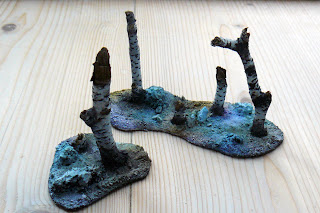