Merry Christmas to you all.
In waiting to get those bases for my “tomte armé” I thought I could at least get them in some proper snow photos now when it’s soon Christmas an all. 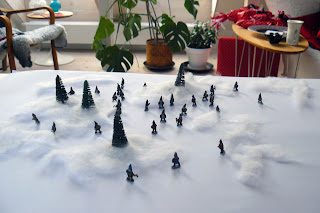 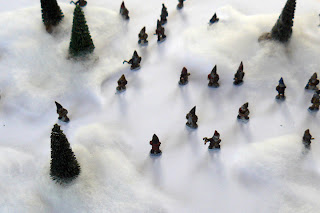 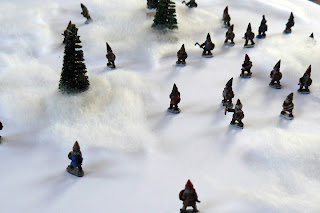 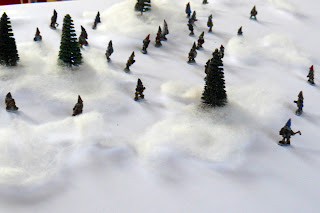 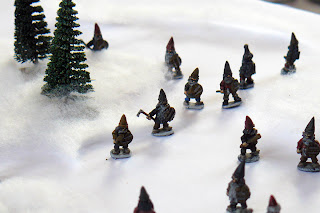 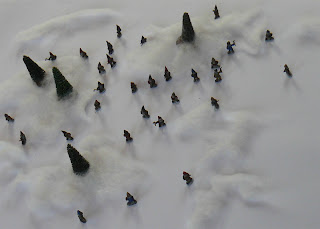 I needed some small pigs to use as objectives in games or to give the tabletop some more color. 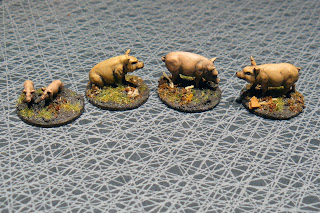 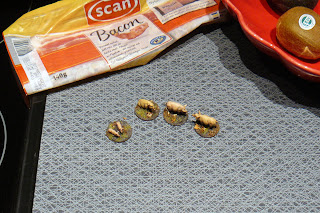 But the real reason that I bought the piggies was that this troll was named HogSquasher. I cant have a troll with this name without some pigs.. 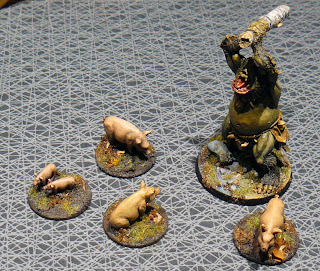 The pigs are from Architects of war.

I finished some more birch trees. I just love the playful colors, the white trees against the green undergrowth is a nice combination. 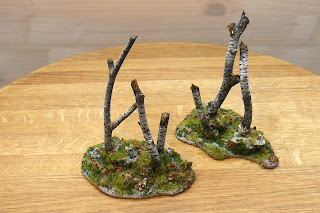 And here is my rather small collection of birch tree. 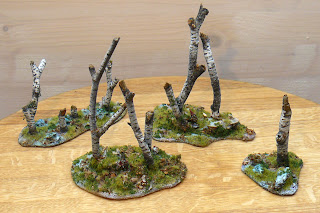 With a sneak peak of things to come… 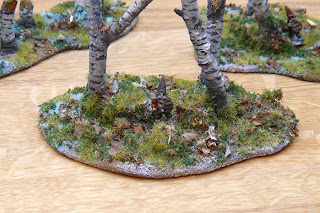 
When I bought the 15mm French DBA army my intension was to expand it with some extra blisters to get a Hail Caesar army.
The plan Is to use the DBA basing system but in the Hail Caesar rules count one base as a tiny, two as a small unit, three bases as a standard and four as a large. I think this could work out fine, thou I haven’t tested in on the tabletop yet.

Here are some reinforcements to my French troops.
A small unit of Templar knights, striking fear into the unchristian heathens.

And a scale shot of the village earlier posted, defended by a unit of archers.

As a poor farmer your life is not getting any easier when those foul goblins running about and stealing your crops.
To arms... Its time to defend what is yours. 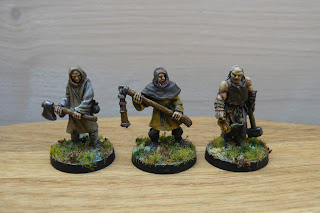 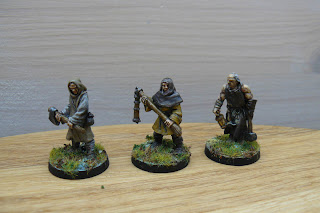 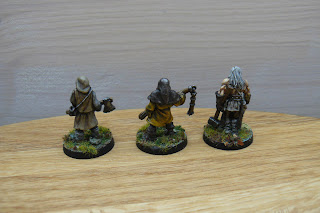 I made a small bua (built up area) for my frech knights in dba.
It was a small test built. It didn´t take long to build or to paint. Its not that good painted but it will do the job.
The bua is represented by a small village and a small church and with a small palisade around the village. I left some space in the middle of the village so it can be occupied by troops.

The last couple of weeks I have been busy preparing for a warhammer 40k megabattle. We played it as Eldar (craftworld and dark) against the Imperium of man.
This has mean that I have been painting Eldars long into the night all too long. But it also meant that I now have nearly a 4000pts Eldar in tabletop standard.

All in all I think we gathered something like 14000 or 15000 points on each side in this themed mega battle.
It was a good day with many intense moments with great gaming. The battle took something like 10h and if I remember correctly was played in 5 turns. It really take that much time with all those miniatures that tries to make tactical moves and you as a commander trying to rearrange your battered battle line and hit the enemy where he is weak.
Here is some pictures from the event. Sorry for the extremly bad pictures.
The darkblue/ black themed jetbike/gravtank Eldar army is mine.