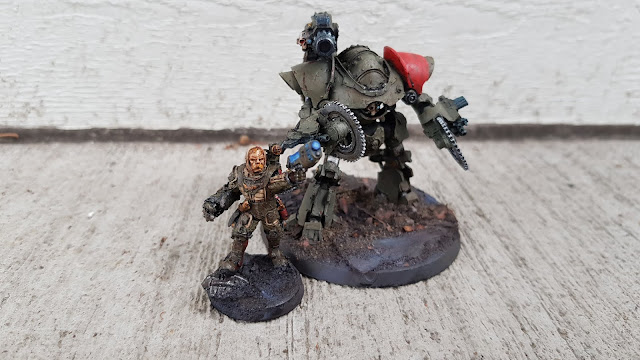 Here are some Work In progress pictures of my Solar Auxilia Legate Commander and his new friend...

The Legate Commander is a HQ option for the Solar Auxilia that are rarely used, he is the cheaper option of the much better Lord Marshal but fills the same role.

I plan to use these miniatures in a low point Zone Mortalis game and of such I wanted to have a lower point commander. I kitted him with a lot of equipment so he ended up costing a lot of point in the end.

The Legate Commander is more or less done, I just want to add some details on the base.

For the Castelax I will need some more highlights and maybe some more weathering besides something more on the base. Besides this I want to add more detailing with symbols, markings or transfers. But I have not decided on what or how. Maybe add some white or black checker marks on the red shoulder, white stripes or something else. 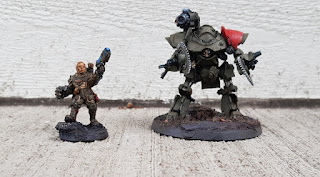 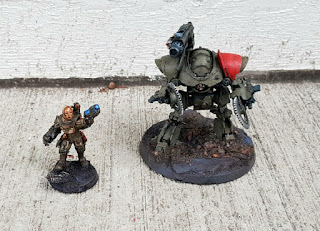 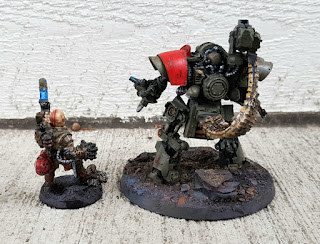 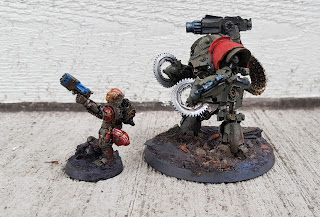 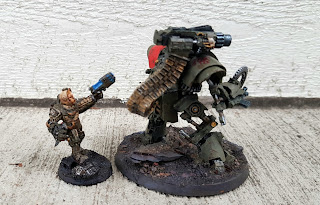 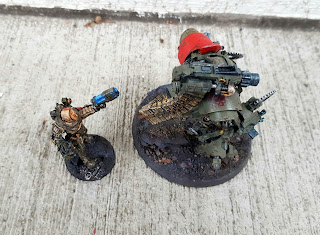 Oh, and if the robot starts to act weird I always got the old "trusty" plasmapistol to take him down... Yeah, that will work... Its enough...

Edit:
The Legate Commander have now earned a name in the campaign of the Parvana Mahrukh system we play and will from here on be known as Legate Commander Ryabov Vaniamin.
at 11/08/2019 02:10:00 pm