These have served in my friend Kristoffers Ork army in many years.

I have put in lots of work to de-orkify them to the Imperial side again.
There were in a pretty bad shape but with lots of bits, plasticard and greenstuff they are again battle ready.

They are painted in metalic blue/green with purple colours in the shadings.
I painted white markings and details and added some transfers.

I wanted them to look as they have been in the fields for some times so the metallic tracks are painted to look really worn and the overall tanks are painted rather muddy around the tracks but I still wanted to keep the blue/green rather clean to make it really pop. 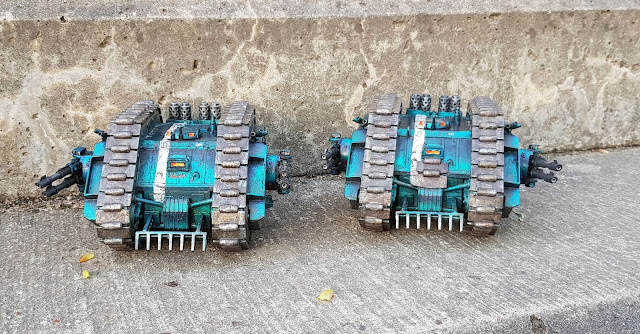 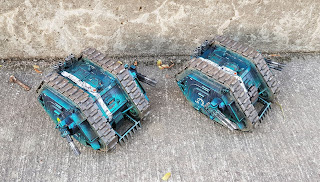 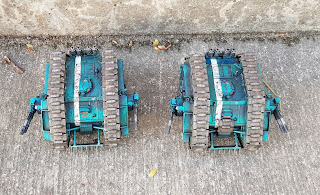 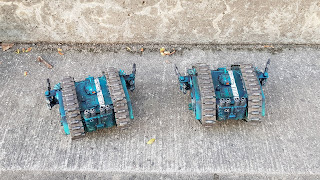 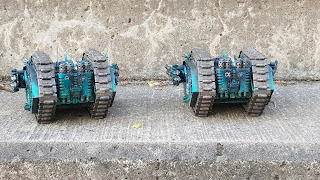 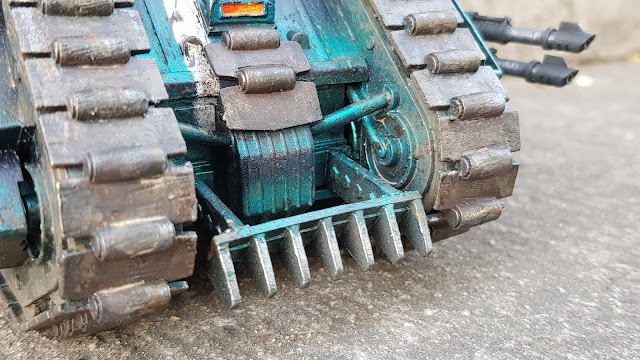 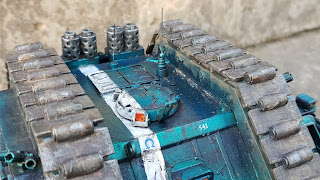 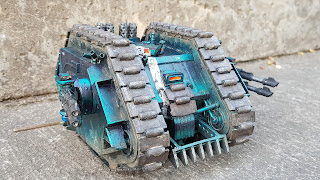 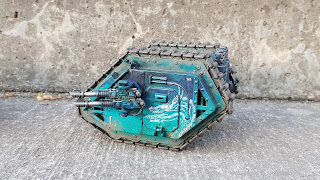 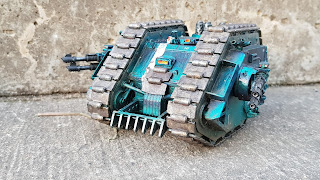 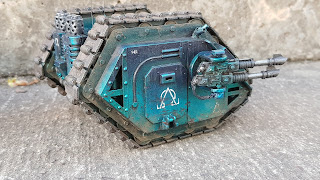 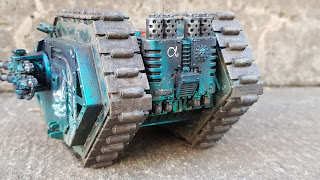 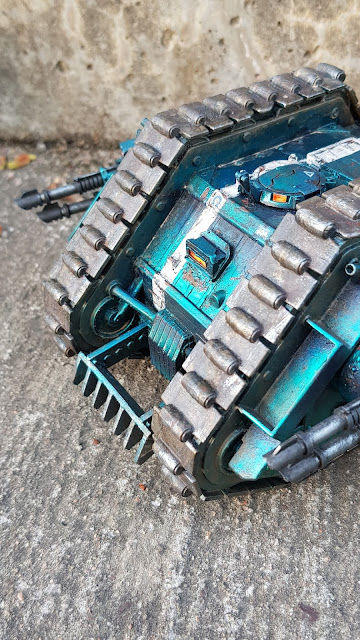 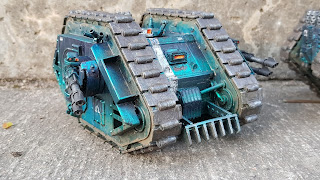 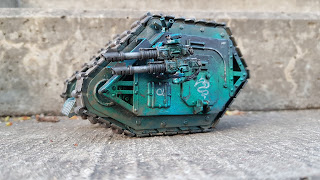 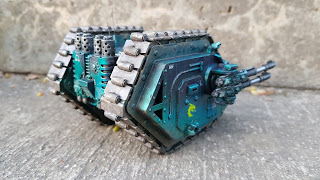 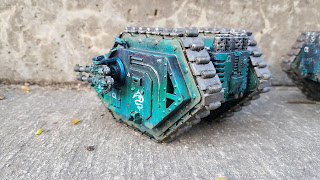 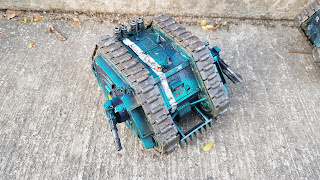 And just for the rule of cool... Two unit of Breachers in their dedicated transport Land Raider Proteuses. 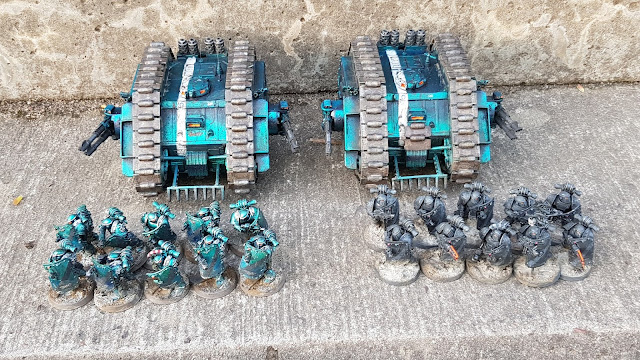 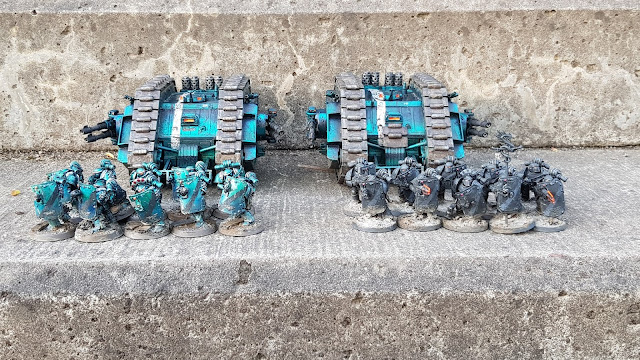 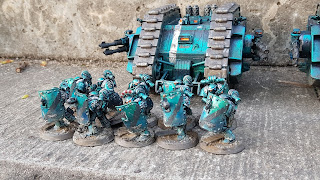 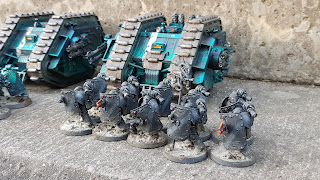 For some work in progress pictures from when I built them:
http://kampgruppe-engel.blogspot.com/2020/10/wip-land-raidet-proteuses.html