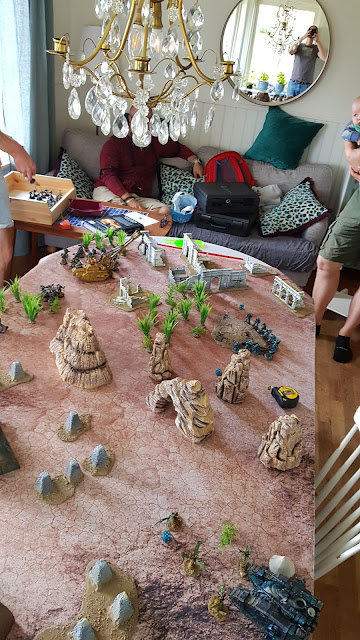 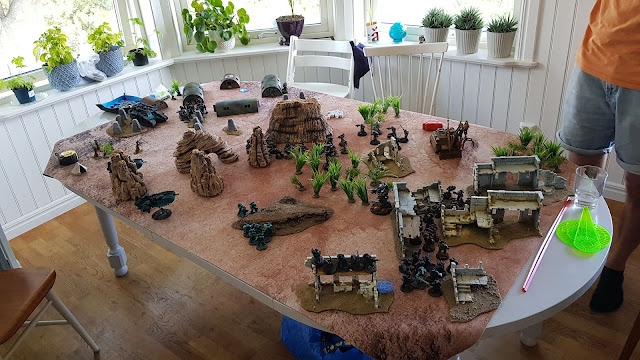 My Alpha Legion faced the Vilka Fenrika with the new edition rules. We played a 1500pts game.

The main aim for this game was to learn the new rules and the new edition so we looked alot in the rulebook to get a better understanding. This of course this took longer time then a "regular" game should take but we learned a lot and will speed up future games.

It was a blast and lots of fun moments were had.

We rolled for scenario and deployment.

We ended up with a standard long edge vs long edge with placing one objective each on the opposite table edge that we needed to take and hold.

The Vilka Fenrika gathered most of their troops in force on one flank and prepared to assault.
My Alpha Legion were not as strong in close combat so I instead tried to spread out and use my firepower at long range to my advantage. 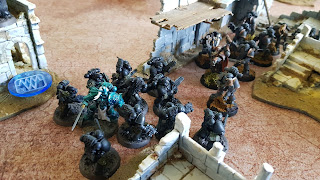 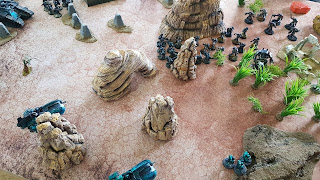 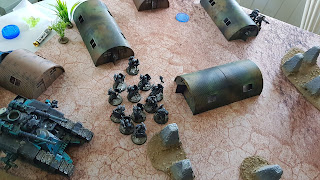 My Breachers hunting after the enemy Seekers while still trying to capture the objective. 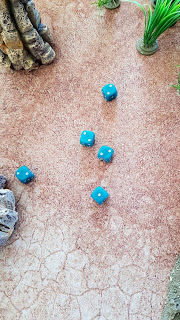 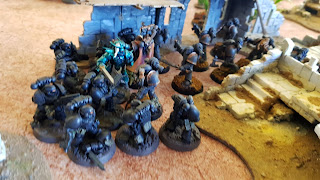 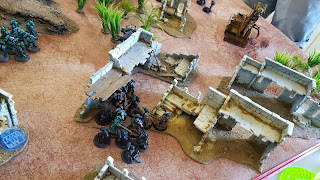 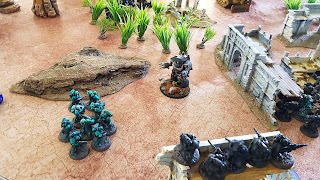 The Vilka Fenrika Contemptor closes in on my Bolter marines and charges in. 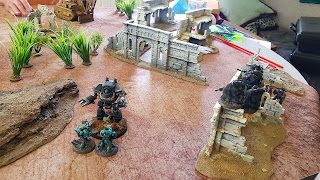 After a couple of turns where my super brave Sergeant managed to hold his troops together the units starts to thin out and are eventually destroyed to the last man. But not an inch was given... 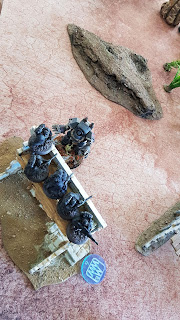 Having destroyed the Marine squad, the Contemptor had found its next target... My Recon marine snipers... 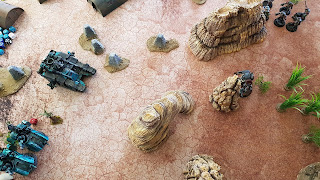 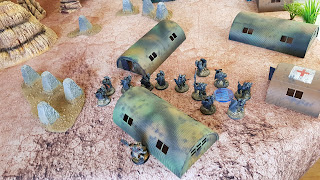 The objective is captured by my Breachers, and some cheeky shots were taken at the last Seeker but it made no impact. 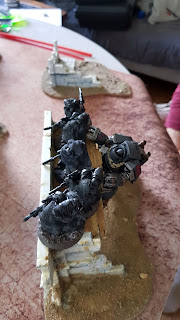 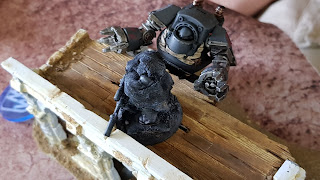 The Contemptor squished almost the whole sniper squad, the lone Sergeant fled the combat and managed to get away.

In the end it was a victory for the Alpha Legion. The Breachers capturing the objective gave me the points needed.