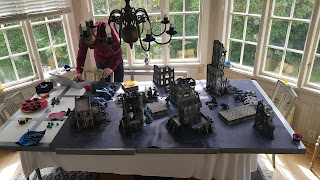 Well this was played before we had the official rules but we got by with leaked rules. Im sure we made lots of error but it was fun to get a feel to the new mechanics and we were unsure of some stats and weaponry.
But we had good enough knowledge and info to get us by. 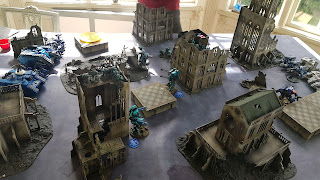 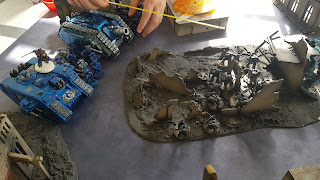 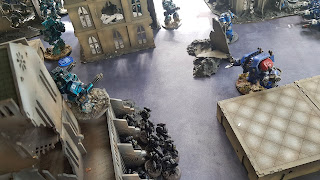 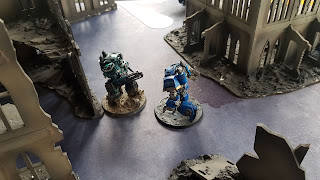 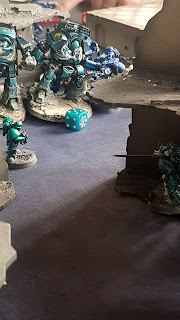 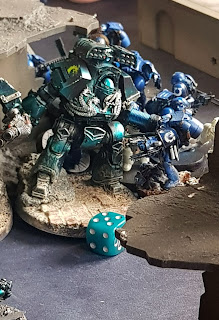 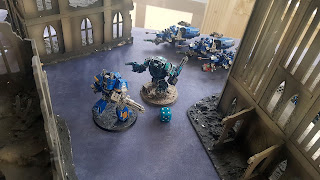 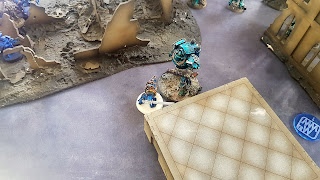 Having lost all his bodyguards previously in the Ultramarine Preator is in a combat with an Contemptor dreadnought. 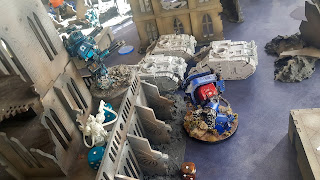 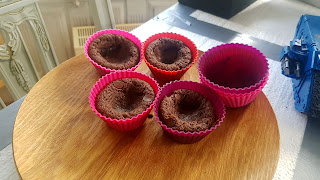 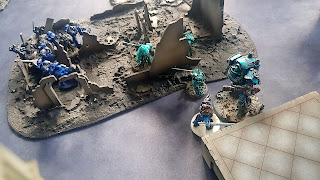 In the last assault face my Preator tried to charge the Ultramarines Preator but because of the terrain he could not make it in for a nice final moment.
And the same with my last two Tartaros Terminators, they coulnt make the distance for helping my Breacher Sergeant.


Overall it was a real fun game and I really think this new edition of Horus Heresy will be great. Looking forward top play more games.