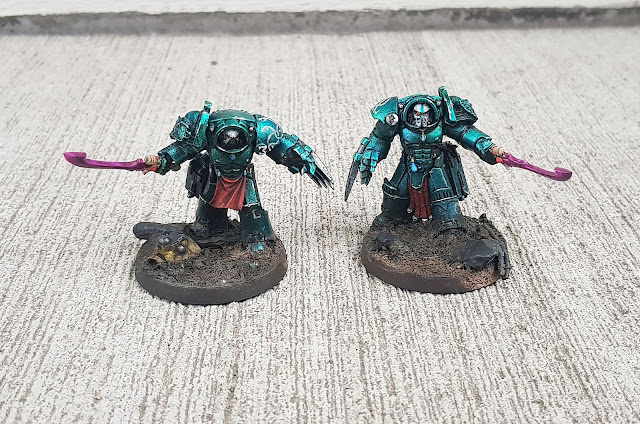 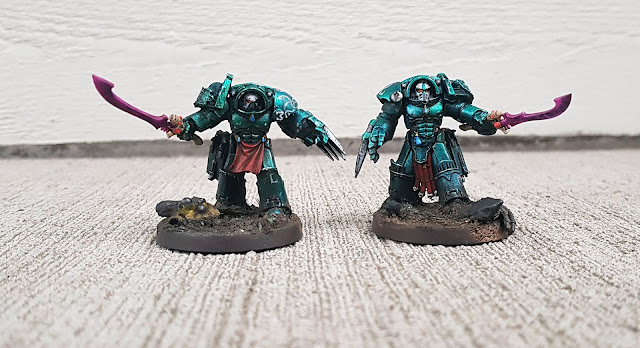 In the last edition of Horus Heresy I toyed with the idea of having two Champions in a list for my Alpha Legion. playing the whole duality of Alpharius-Omegon in a mini format. One Champion is right handed and the other one left handed.
I got two large Eldar swords that I think was from some Wraith Guards to represent their paragon blades. The plan was to have two Recon squads, each riding in a Storm Eagle with a Champion to give them a punch.
That idea never materialized but I never dropped it, kept it back in my mind.

So with the new edition I thought it was time to start working towards this idea.
I ended up giving each Champion Tartaros Terminator armour because its the best looking armour in my opinion. I hope I didnt end up mess up my idea with them joining Recon marines by this, I dont know the rules good enough to know if I messed up here. But I think its no problem.
I changed the front of the torso armour to some Blood angles bits, to give then the whole ancient Greek muscle armour. I gave them specific Alpha Legion helmets and some shoulder pads from Scibor miniatures that had some Greek letters that Alpha Legion uses.

As I wanted the paragon blades as Xenos-tech I painted them "wrong", some kind of alien crystal blade. The colours is not the typical choice for this model, I wanted them to pop, to stand out, to make them draw the attention. 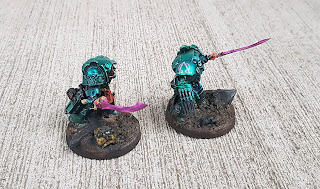 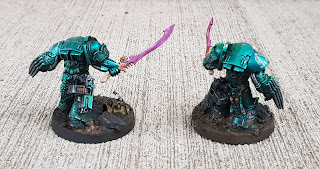 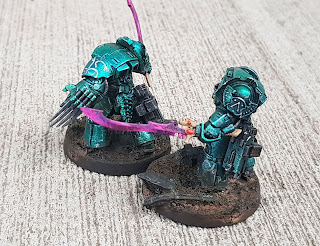 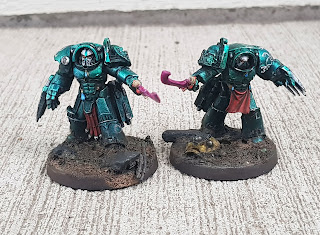 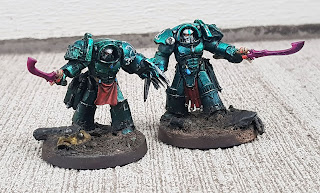 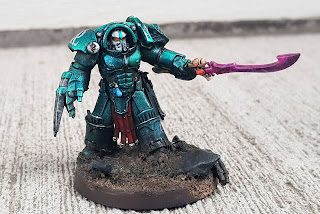 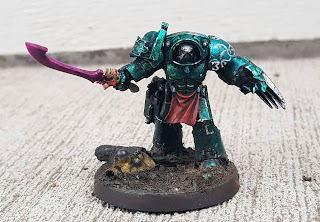 If there are some rule or mechanic I have missed that dont let me have them join a Recon squad I can allways have them accompany regular Terminators.... 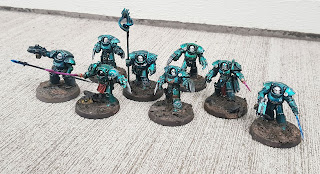