I had an imaginary image of Bf109 flying low over the battlefields in Tunisia and the battles around Kasserine Pass. I knew I “needed” some Messerschmitt’s, and the lot fell on the Jagdgeschwader 27.
http://en.wikipedia.org/wiki/Jagdgeschwader_27

Some of my favorit ww2 photos from an Bf109 in african cammoflage. 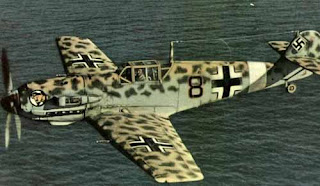 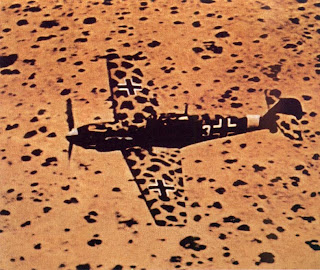 And now to the pictures, the models are from QRF, they are not on the same level of some of my other airplanes but with some paint you can fix them up. 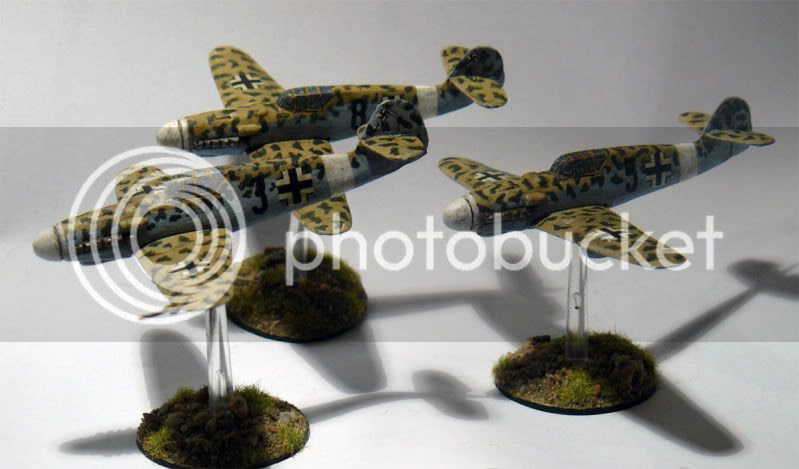 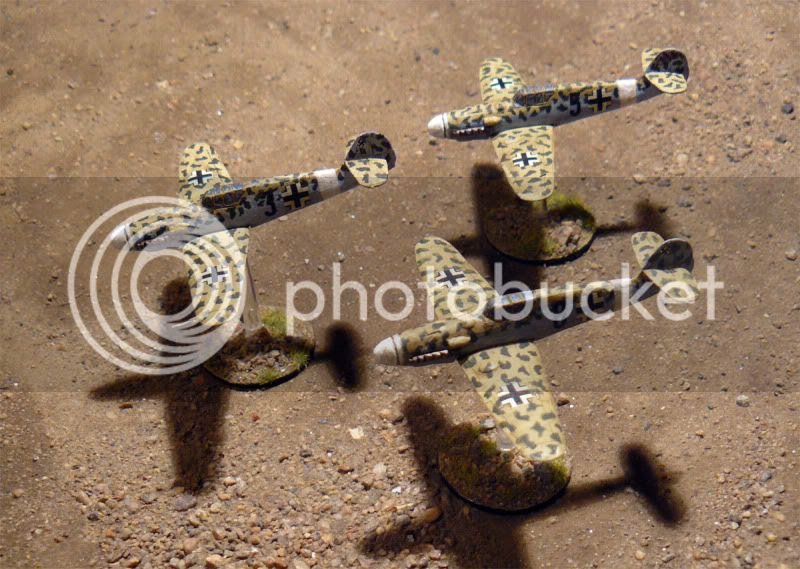 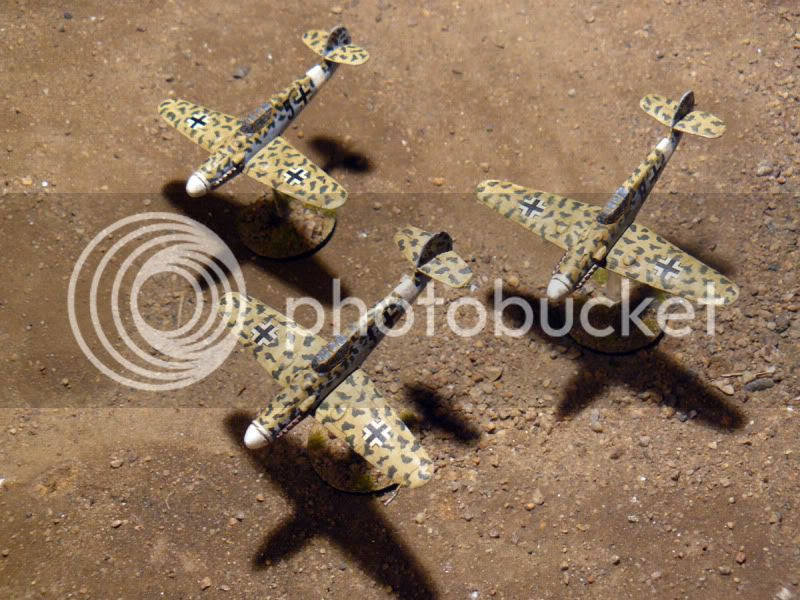 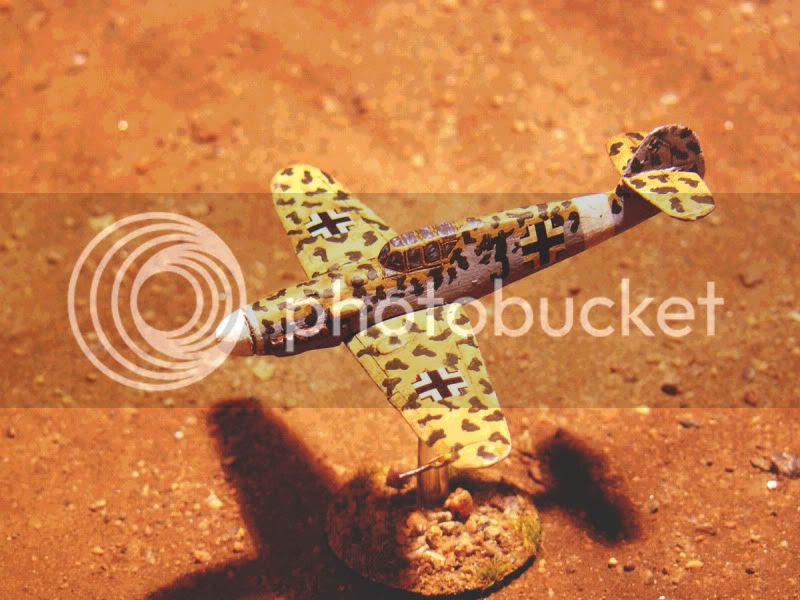 I use them to my mid-war DAK in Flames of war.

Although the Stuka is an better air support option in most cases the Bf109 option is somewhat cheaper but the main reason to field them is because they look so good.
at 8/24/2011 03:23:00 pm